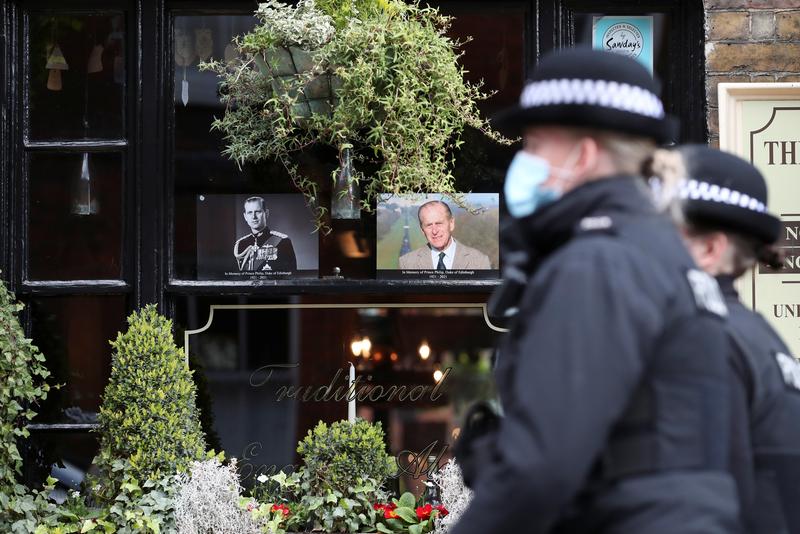 A number of sporting events in soccer, rugby, and horse racing in Britain have been rescheduled to avoid clashing with the funeral of Prince Philip, the husband of Queen Elizabeth, who died aged 99 on Friday.
Philip, the Duke of Edinburgh, who had been by his wife’s side throughout her 69-year reign, the longest in British history, died at Windsor Castle. His funeral will take place at St George’s Chapel on April 17 at 3 pm local time (1400 GMT).

English soccer’s governing body, the Football Association, has recommended that no matches should take place between 2.45 pm and 4.15 pm as a mark of respect while a minute’s silence is observed before kickoff and black armbands worn.

Wolverhampton Wanderers’ Premier League match at home to Sheffield United on Saturday has been moved from 3 pm to 8:15 pm, but Newcastle United’s game against West Ham United will kick-off at 12:30 pm as planned.

The FA Cup semi-final between Chelsea and Manchester City at Wembley Stadium will go ahead as scheduled at 5:30 pm while the women’s FA Cup fourth round game between Manchester City and Aston Villa will be brought forward to noon.

The English Football League (EFL), which governs the three divisions below the Premier League, will also arrange alternate kick-off times after confirming that none of its matches will begin at 3 pm on Saturday.

Thirty-two games across the Championship (second-tier), League One (third-tier) and League Two (fourth-tier) were originally scheduled to kick-off at 3 pm.

The Scottish FA has re-arranged the kick-off times for several of the weekend’s Scottish Cup fourth round ties, with the ‘Old Firm’ derby between Rangers and Celtic moved from Saturday to Sunday.

Premiership Rugby has also changed kick-off times of all four of its matches on Saturday.

Sale Sharks’ match against Gloucester and Exeter Chiefs’ game against Wasps will begin at 12:30 pm, while Newcastle Falcons will host Bristol Bears at 5 pm, along with Harlequins v Worcester Warriors.

The British Horseracing Authority said there would be no racing between 2:45 pm and 4:15 pm on Saturday and moved the Spring Trials at Newbury and the Scottish Grand National at Ayr to Sunday.

In cricket, nine County Championship matches will be paused between 2:50 pm and 4:10 pm as a mark of respect.
Add Comment