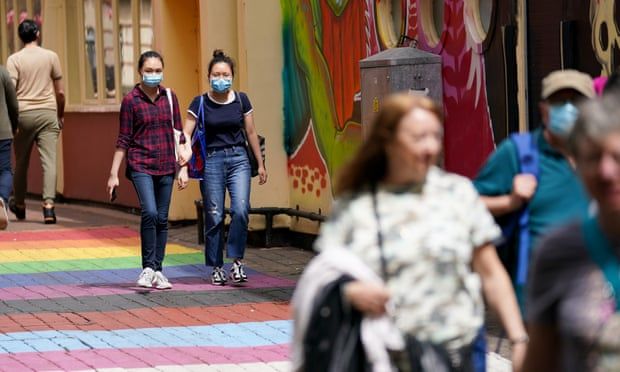 Spate of attacks across UK sparks fear among LGBTQ+ community

Hate crimes related to sexual orientation and gender identity have increased year on year since 2015
Two weeks ago, Ranjith “Roy” Kankanamalage, 50, was discovered with a fatal head injury in Tower Hamlets Cemetery Park, east London. The brutal attack was, police believe, motivated by homophobia and a man has been arrested on suspicion of murder.

A day earlier, a couple called Rob and Patrick were attacked with broken bottles in Birmingham’s gay village, leaving one unconscious and the other with extensive cuts. Three men have been arrested on suspicion of robbery and wounding.

On 30 July, in Edinburgh, a married gay couple were punched, kicked and spat at as they walked down a busy city centre street. Three men have been charged in connection with alleged assaults and homophobic crimes.

And in Liverpool, during Pride month, hundreds of people joined a protest on 22 June after at least three street attacks on young men within the space of a few weeks.

Local activists and national campaigners have told the Guardian that this spate of attacks across the UK, while unconnected, underscores a climate of fear endured by the LGBTQ+ community on the streets.

Sasha Misra, the associate director of campaigns at the LGBTQ+ rights charity Stonewall, said: “The recent incidents in Edinburgh, Birmingham, Liverpool and London are a stark reminder that in 2021, lesbian, gay, bi, trans and queer people do not feel safe to be ourselves.” Misra also pointed to Stonewall data from 2017 indicating that four in five such incidents go unreported, with LGBTQ+ victims often reluctant to go to the police.

This is backed by the National Police Chiefs’ Council lead for hate crime, deputy chief constable Mark Hamilton. “Traditionally, homophobic and transphobic hate crimes have been significantly underreported,” he said, though he argued that the work of LGBTQ+ liaison officers with specific responsibility for building community links was among initiatives that were paying off.

“We believe some of the increase may be down to better reporting.”

But local activists describe what they perceive as an escalation in public hostility. Lawrence Barton, the director of Birmingham Pride, who runs a number of venues in the gay district, said: “There has been an increase in this type of activity, locally and nationally. We had a homophobic attack on a drag queen only a few weeks ago.

“I’m out regularly in the gay district on a weekend, and it staggers me how many people come out with homophobic remarks, shout from their car windows and make comments as they’re walking past,” he added.

Barton said he was “disappointed with the reduced amounts of police presence” in the area, although West Midlands police said they have recently increased high-visibility patrols and wanted to reassure anyone who is targeted that their report would be treated with sensitivity.

While preventing attacks was important, Barton said tackling the wider problem of homophobic views is his biggest concern. “Some people delude themselves into thinking that we live in a society that’s very progressive, and that we enjoy all these equalities and freedoms. But actually, when you cut underneath the surface, it’s clear there’s still a massive journey to true equality.”

LGBTQ+ hate crimes do not often make headlines, said Divina de Campo, a drag queen from Manchester, who said she was aware of a number of recent assaults in the city, including one of a transgender woman.

De Campo, who spearheaded fundraising efforts after LGBTQ+ murals in the city’s gay village were defaced at the end of June, said: “I’m very aware that the atmosphere and environment on the street is much more hostile. A lot of this is linked to how the press talk about transgender people and the government’s stance on conversion therapy, rolling back reform of the Gender Recognition Act and funding for schools education. It sends out a clear message to people who are bigoted and want to do LGBTQ+ people harm that it’s OK.”

Public acceptance may have improved dramatically over the past half century but there is still a long way to go, said Linda Riley, the publisher of Diva magazine and founder of Lesbian Visibility Week, who first drew attention to the Birmingham attack on social media after she was alerted by a friend.