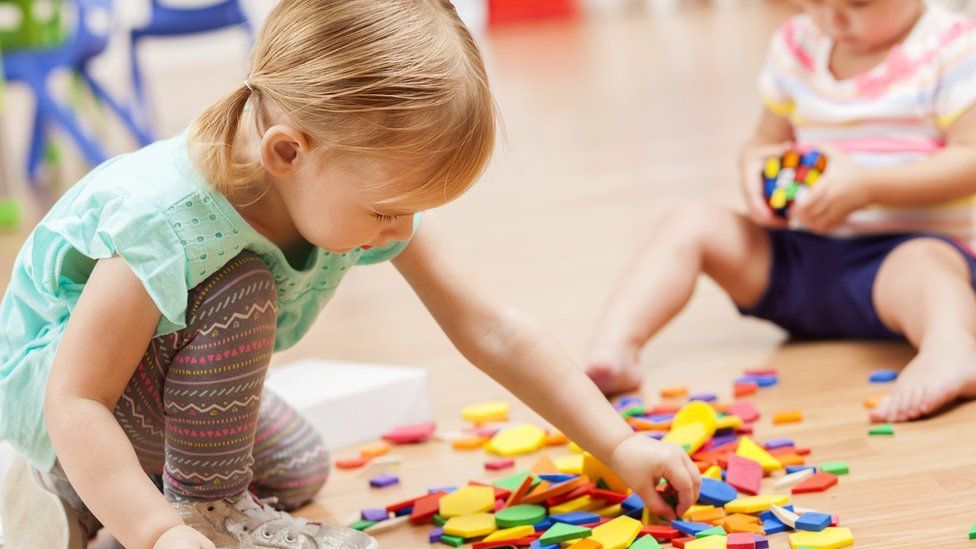 The first minister said more than 100,000 children under the age of six would benefit from the payments.

The Scottish government is aiming to expand the payment to all under-16s by the end of 2022, with more than 400,000 children and their families eligible.

Ms Sturgeon said the move was "the boldest and most ambitious anti-poverty measure anywhere in the UK".

She told the SNP conference that it would involve "hard choices elsewhere in our budget", but said eradicating child poverty was "essential" to Scotland's future.

The child benefit was set up as part of the new Social Security Scotland agency in the previous Holyrood term after more welfare powers were devolved to Scotland.

Ms Sturgeon originally set out the pledge to double it from £10 to £20 per week ahead of May's Holyrood election - at a point when statistics suggested child poverty levels in Scotland had been "gradually rising" even prior to the pandemic.

At that time, the first minister said it would take until the end of 2022 to get the system fully up and running and delivering monthly payments, with a "bridging" system in place in the meantime.

However in her SNP conference speech, she said cash would be committed in the Scottish government's next budget to start payments from April of next year.

She said: "That means the doubled payments will reach over 100,000 children under age six in just four months' time.

"Delivering it isn't easy. It will involve hard choices elsewhere in our budget. But it is a choice we in the SNP - in partnership with the Greens - are opting to make.

"Poverty scars too many childhoods. It deprives too many children of the chance to make the most of their education and enjoy life to the full, and it robs of our country of far too much potential.

"Eradicating child poverty is essential if we are to build the strongest foundation for Scotland's future."

A report from the Joseph Rowntree Foundation in October had called for the payment to be doubled "as soon as possible".

But it said that even if this was to happen, the Scottish government would still miss its interim child poverty targets in 2024 by about 4% unless additional measures were also urgently taken.

The foundation called for a "far greater scale and pace of activity" in supporting single-parent households and minority ethnic families in particular.

Ms Sturgeon also pointed to the doubling of free childcare hours and the delivery of 200,000 baby boxes as evidence her government is "determined to lift children out of poverty".

She said the budget would include "significant" extra funding for the NHS, along with £30m to help GPs increase primary care services in communities

Much of the speech focused on the Covid-19 pandemic, with Ms Sturgeon telling delegates that the Omicron variant is "causing profound concern".

She urged people to get vaccinated, saying this was "the most precious gift we can give this Christmas".

This speech, necessarily, underwent a significant rewrite over the weekend as the new Covid variant began to emerge.

Nicola Sturgeon repeatedly told SNP members her first priority and duty would be to deal with the pandemic.

However, she's still working on the basis that it will let up in the New Year and that the independence campaign can "resume in earnest" in 2022.

The caveat, of course, is "Covid permitting".

She has also re-committed to doing what's needed to "enable a referendum before the end of 2023".

A timetable the SNP's Westminster leader, Ian Blackford has already suggested is possible in an "ideal set of circumstances".

Making it happen would include bringing forward a referendum bill at Holyrood and formally requesting the UK government to agree to hold the vote.

Without that explicit consent, it may fall to the UK Supreme Court to decide whether or not indyref2 can go ahead.

The SNP leader also spoke about her goal of holding a new independence referendum, having said on Sunday that she did not know how the new Covid variant could affect her plans.

She told delegates that "in the course of the next year, I will initiate the process necessary to enable a referendum before the end of 2023".

And she said the party would "set out afresh the positive case for independence", with a focus on how it could allow Scots to "repair the damage of Covid in a way that aligns with our values and priorities as a nation".

Ms Sturgeon wants to secure an agreement with UK ministers to hold a binding referendum, as happened in 2014, but has been repeatedly rebuffed by Downing Street.

She said Prime Minister Boris Johnson should agree to "let the people decide" if he had any confidence in his arguments against independence.

However, a UK government spokesperson said "this is not the time for divisive constitutional arguments".

They added: "Now more than ever, people in Scotland want to see the UK and Scottish governments working together to protect lives, jobs and recover from the effects of Covid-19 on our economy and public services."

Meanwhile Scottish Labour's deputy leader Jackie Baillie welcomed the announcement on the doubling of the child payment, but said it was "deeply disappointing and irresponsible" for Ms Sturgeon to focus on "sowing division between Scotland and the rest of the UK".