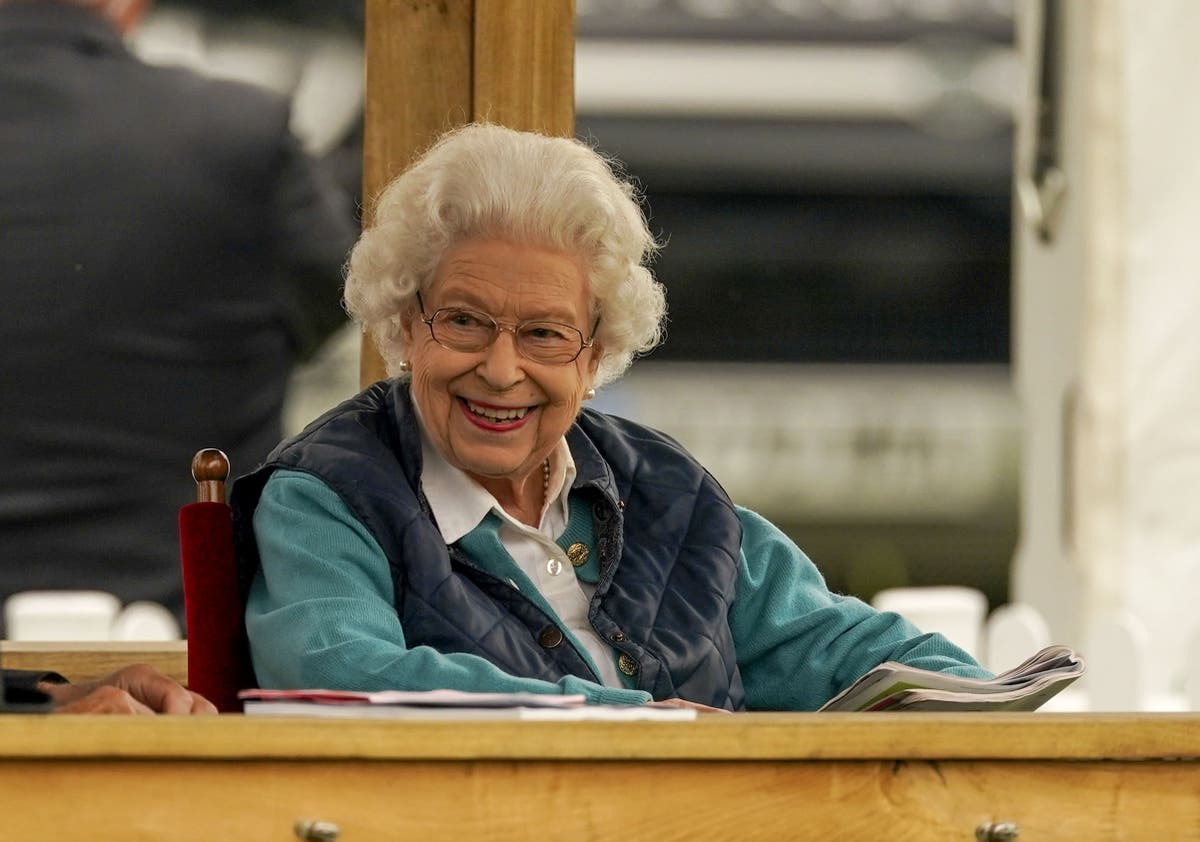 The Queen, 95, drove herself and several guests to the event in a Range Rover and was pictured arriving shortly before 10am.

The Queen has attended the Royal Windsor Horse Show for the third day in a row and appeared to be delighted to be at the event.

The annual occasion, which is the largest outdoor horse show in the UK, takes place across five days and involves international competitions in three different equestrian disciplines.

The Queen 95, drove herself and several guests to the event in a Range Rover and was pictured arriving shortly before 10am. 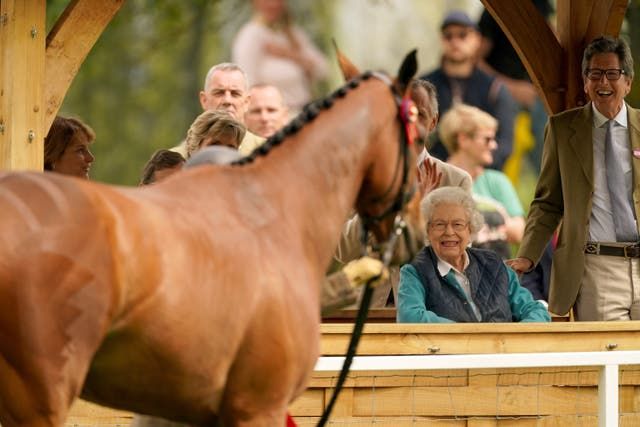 Dressed casually for the occasion, she wore a navy blue gilet, blue cardigan, white shirt and a light blue skirt with brown shoes.

Watching from her own separate seating area with her guests, the Queen appeared to be delighted to be at the event again this week.

She was photographed smiling as several different types of horses were brought out and shown.

Her visit comes after a busy week for the monarch, which saw her travelling to Scotland and meeting with the German Chancellor. 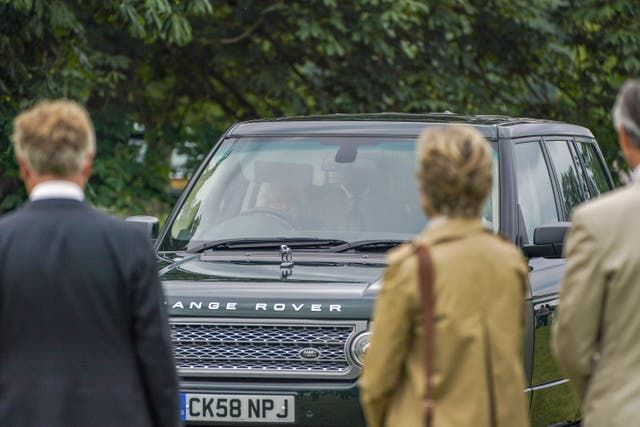 The Queen spent time in Scotland for Royal Week, which takes place each summer and sees her take part in a variety of engagements across the nation which celebrate Scottish culture, achievement and communities.

She had returned to Windsor by Thursday for the first day of the horse show and on Friday welcomed Angela Merkel at Windsor Castle.

The head of state and the German Chancellor posed for a picture before their audience began at the Queen’s Berkshire home.

They previously met a few weeks ago at the G7 summit in Cornwall.