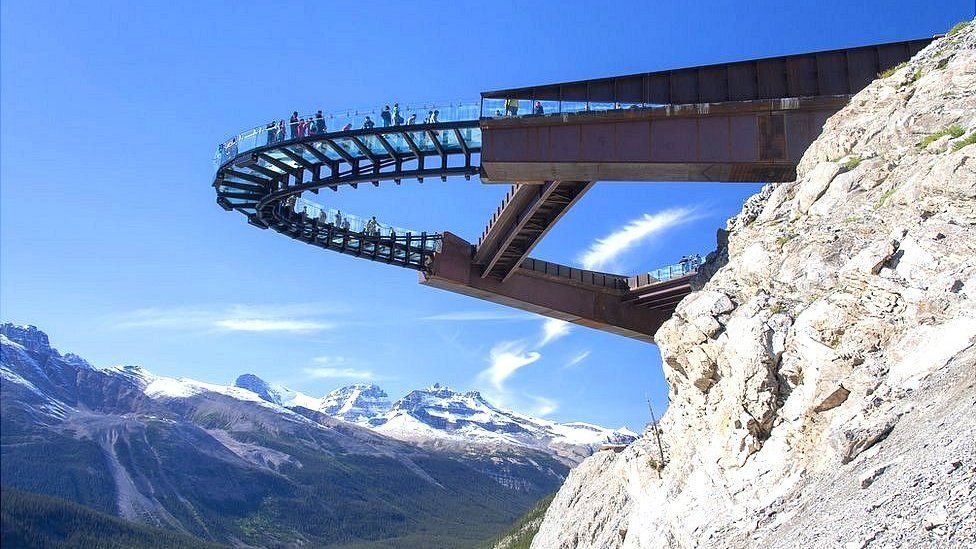 A huge sky walkway is among the options being considered to deal with the problem of rock falls at a historic path in Edinburgh.

The Radical Road at Holyrood Park has been closed for more than three years over safety concerns.

Options in a new report also include reopening the path at users' own risk, installing avalanche-style shelters or wire mesh, or permanent closure.

The site's managers said no final decision had yet been taken.

The Radical Road runs along Salisbury Crags at Arthur's Seat, an extinct volcano that is one of Edinburgh's best-known landmarks.

It was closed in 2018 after 50 tonnes of rock fell from cliffs onto the path.

Ramblers Scotland and Edinburgh heritage watchdog, the Cockburn Association, have told BBC Scotland they want it to be reopened. 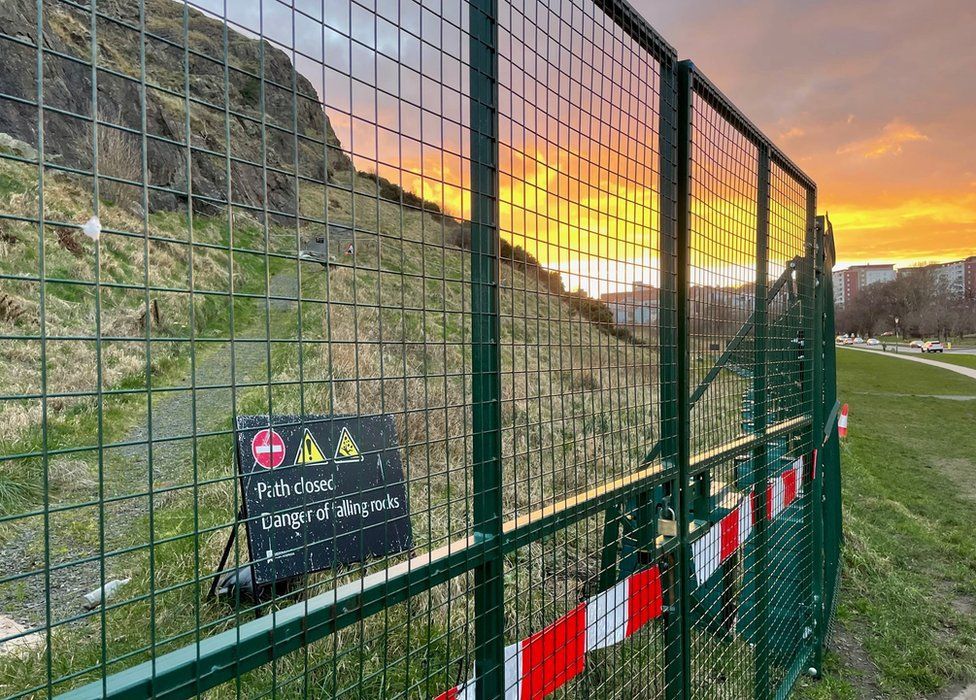 An internal report into the risk management of the area suggests options which could allow the path to be reopened.

It cites the sky walkway at Jasper National Park in Alberta, in the Canadian Rockies, as an example that could be replicated at the Radical Road.

Other proposals include covering the path with avalanche-style shelters similar to those at Lochcarron, or covering the rock face with wire mesh.

Each of these options would cost about £2.5m.

History of the Radical Road 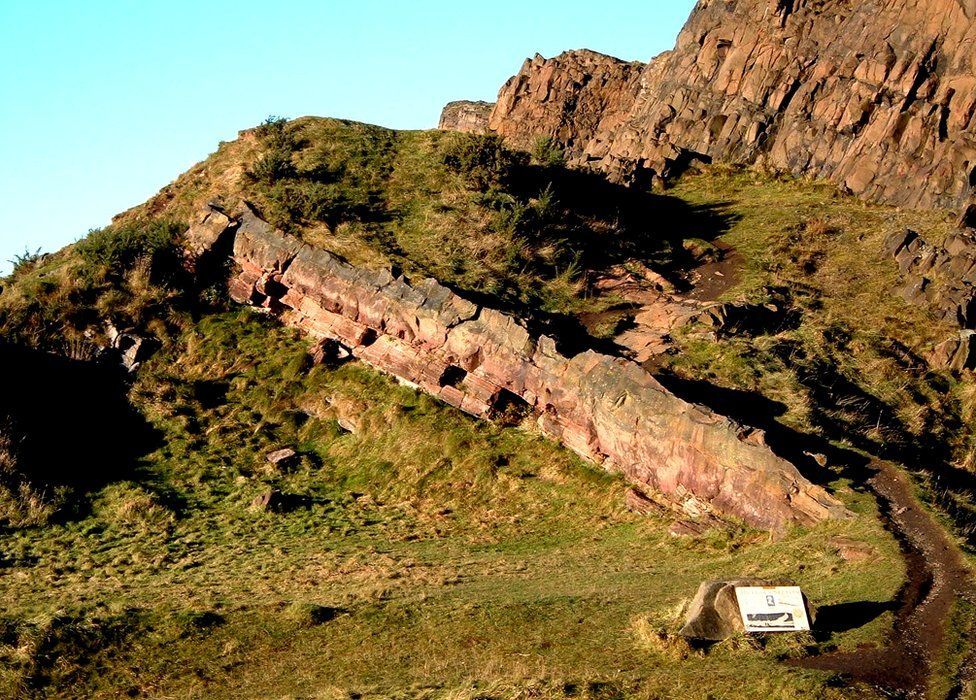 The Radical Road is within the Queen's Park, which houses Holyrood Palace.

It is where the founding father of geology, James Hutton, arrived at his theory of how and when the world was formed.

In the late 18th Century he found proof for his theory that the world's landscape had evolved over time, in a spot known as Hutton's Section.

The road got its name in the aftermath of the Radical War of 1820.

Also known as the Scottish Insurrection, this uprising was the result of social unrest among workers who were fed up with what they perceived to be unjust working and living conditions.

Unemployed west of Scotland weavers paved the track round Salisbury Crags, in a plan which was suggested by author Sir Walter Scott.

Ramblers Scotland director Brendan Paddy said "much more detail" was needed about the true risk to walkers using the 200-year-old right of way.

"As a society we normally let people assess, manage and accept the risks involved with outdoor activity, as these are usually hugely outweighed by the benefits," he said.

"While we recognise HES has a duty of care to people on the route, we are concerned that it seems to be treating Salisbury Crags - a natural geological feature - like it would a crumbling historic building."

James Garry, the assistant director of the Cockburn Association, said the plan for a sky walkway was an "excessive and inappropriate intervention".

"Other more sustainable and more sensitive options may be possible," he said.

"It would be interesting to hear from the managers of similar sites worldwide who have successfully tackled the same sort of issues.

"HES needs to raise its game to deliver what Scotland's capital deserves." 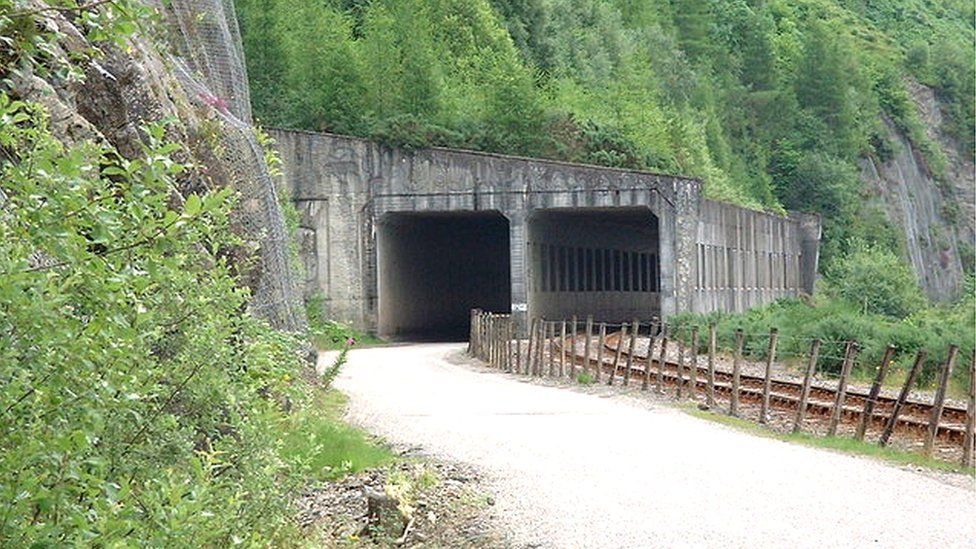 Climbing guidebook writer Topher Dagg told BBC Scotland that permanent closure or "sanitisation" of the area would be "a dangerous and depressing precedent".

He said Salisbury Crags were "practically the birthplace of modern Scottish rock climbing" and recently the area had become a "popular and accessible urban training venue".

He said other natural sites around Scotland were not fenced off.

An Historic Environment Scotland spokeswoman said risk of rockfall could "potentially cause death or severe injury" on a section of the Radical Road.

"We continue to consult external specialists and partners on what is the most appropriate option to best remedy this situation," she said.

"This includes a number of options including the permanent closure of the path to the general public and scoping the feasibility of intervention methods.

"We will be undertaking further technical assessments before coming to a decision. However, no final decision has been taken yet."