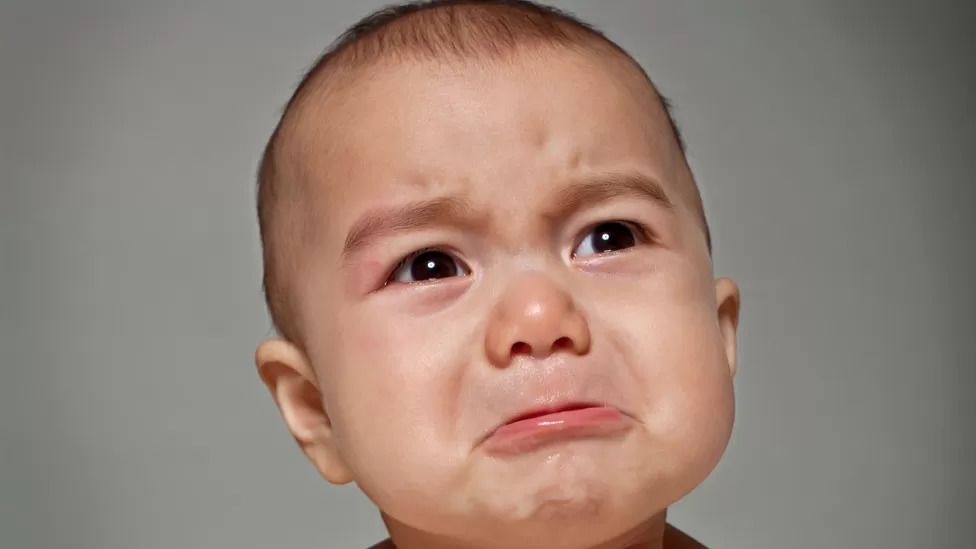 Should parents take their babies to a comedy show?

Comedians are no strangers to controversy, but stand-up Matt Forde is surprised to find himself at the centre of the latest Edinburgh Fringe row.

He has sparked a viral online debate after complaining about a baby interrupting his show on Monday night.

The comedian says his social media has "gone mad" after tweeting that a crying infant "derailed" his performance at The Pleasance.

Yet some parents have hit back, arguing against an outright ban on young children.

So should parents of infants stay away from the Fringe, or should comedians stop being such babies about it? 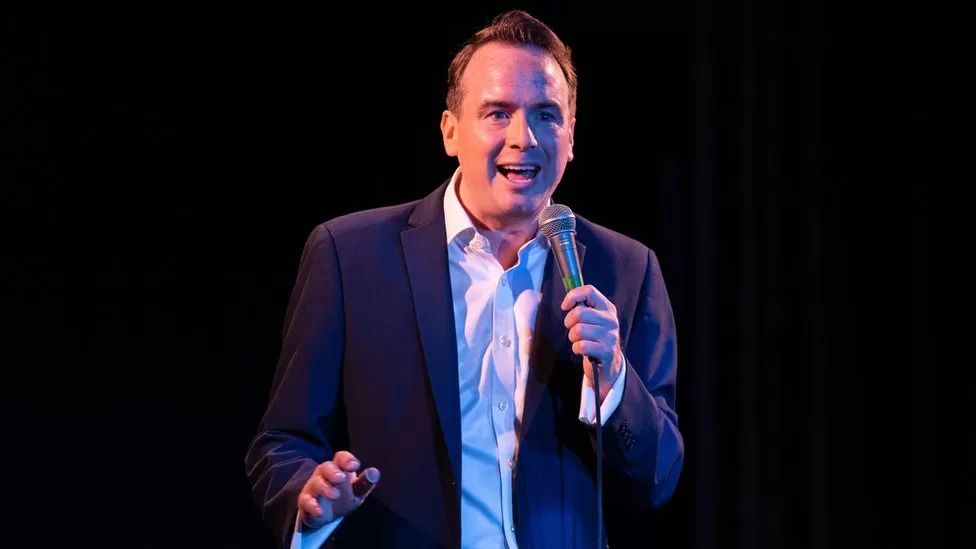 Forde, a Nottingham entertainer known for his impressions of Boris Johnson and Donald Trump in Spitting Image, is in Edinburgh to perform his show, Clowns to the Left of Me, Jokers to the Right.

On Tuesday, he tweeted about a father bringing his baby to the previous evening's show.

"Sadly it derailed large parts of it because they wouldn't do the decent thing and just leave when it started crying," the comedian posted.

"I get that it must be tough as a new parent but please, don't bring babies to adult shows. It's always a problem."

He continued: "I realise this sounds a bit whiny but it's just to make sure it doesn't happen again. It's like someone's phone continually ringing and them not turning it off."

His initial tweet has been shared more than 1,500 times and received more than 20,000 likes – triggering a mass online debate.

Forde, who says he has not had any contact with the child's father since the show, told BBC Scotland the crying "went on for ages".

"In the end you can see that people were at the end of their tether with it. You could sense that the audience were getting a bit cheesed off," he said.

"It's very distracting. You've written a show, you've honed it, you want to entertain people – that's the whole point of the thing – and on that night if you're in the audience and you've paid good money to see a comedian, you're not getting the show that you paid for."

The comic explained his social media has "gone mad".

"It's a real lesson of the time that if you put something on social media be aware that it may well take off in a way that you weren't quite prepared for," he said.

"But I just think it's funny. I think most people agree with me, including parents.

"I've had people coming up to me in the street saying we totally agree with you. It's quite a surreal experience really."

'It was really loud'

Ton Christiaanse, who was among those who paid between £13 and £16 to attend Monday's show, says he was "flabbergasted" by the amount of people defending the baby's parent on Twitter.

He told the BBC: "After a very strong opening this baby started to cry somewhere in the back.

"It can happen, a little cry, fine. But it was really loud. Really disturbing."

Mr Christiaanse, who lives in Edinburgh, agreed parents should not bring babies to adult shows. "It's unnecessary, I'm a father but everyone knows that," he said.

Fellow audience member Henry Blythe, also from Edinburgh, said the crying was not a "huge distraction", but added: "Having said that I'm not trying to remember a one-hour script." 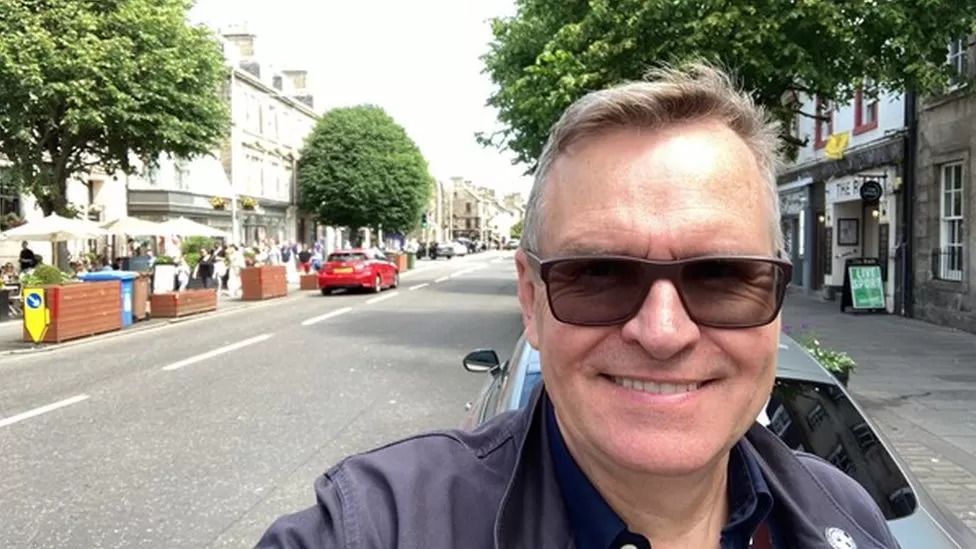 He said Forde had to "break out of his routine" to ask the father to leave during the early stages of the show.

"He wasn't angry," Mr Blythe said. "He was courteous about it, albeit visibly cross."

She tweeted: "Please take note of this. It seems to be happening lots this year.

"Don't bring babies to adult shows unless they know the right bits to cry at."

Scottish comedian Christopher Macarthur-Boyd likened bringing a baby to an adult Fringe show to "smoking a cigarette in the crowd".

"I haven't had an issue whatsoever this year, but I've made it very clear that I don't want people under the specified age limit in, even if the parents are 'cool' with it, because it ruins the show for everybody."

However, not everyone agrees that all adult Fringe shows should be baby-free.

Comedian Shaparak Khorsandi replied to Forde: "I hear you but personally I'm fine with it and say yes when asked if babes in arms are allowed."

She explained parents at her shows are seated near the back so they can make a quick exit if required.

Freelance journalist and Fringe reviewer Jo Caird took both of her children, now three and six, to the festival when they were babies.

She rejects the claim that children are "always a problem".

"No, not in my experience," she said. 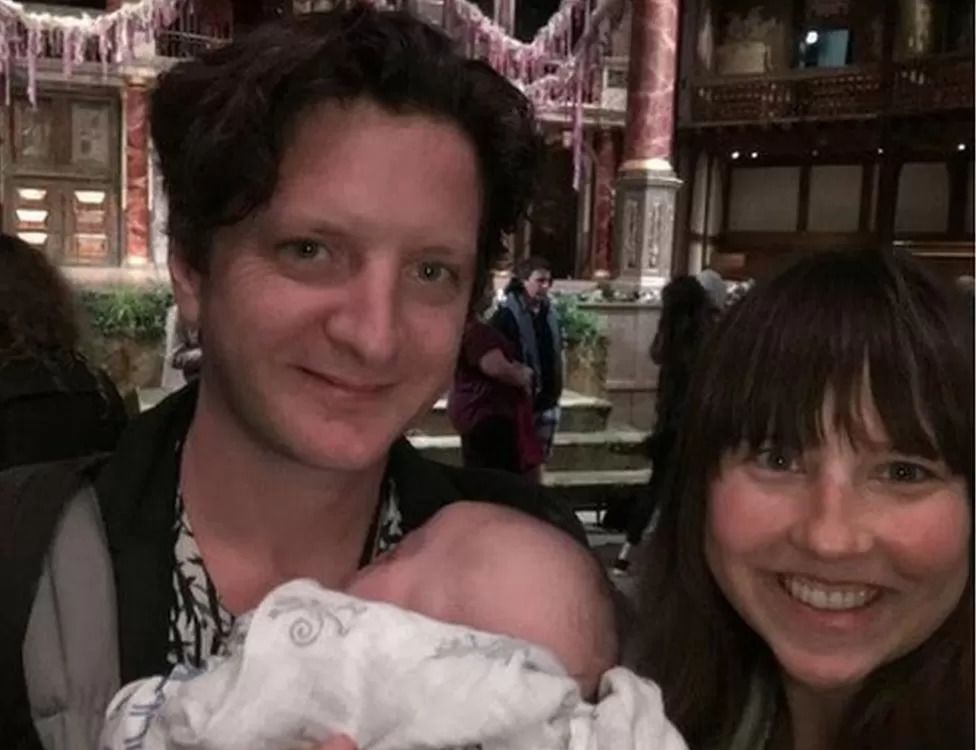 Jo Caird, pictured with her partner and son, has taken her infant children to Fringe shows

The writer, who has authored a blog about travelling with a baby, said attending the Fringe with a very young child was "always fine for everyone else", adding: "It was sometimes a bit stressful for me because I was hyper-aware of not wanting to disturb anyone."

Ms Caird explained that many parents struggle to find childcare and that while not ideal, attending Fringe shows with their baby is the only way they can enjoy live comedy.

She suggested problems arose when acts perform in venues that aren't over-18s by default.

"Artists, if they feel strongly about it, need to ask the question and make sure that it isn't saying on the Fringe website that their show is open to babies because of course parents will take their kids if it's allowed," the writer added.

"It's entirely within an artist's right to make those stipulations but everyone just needs to be clear about it."

Forde said: "I totally understand why people bring babies. I don't think it's the wisest decision but I understand how it could end up happening.

"I think once a baby starts to cry in a venue it's just common sense that you leave for the baby's sake and for the performers and the rest of the audience." 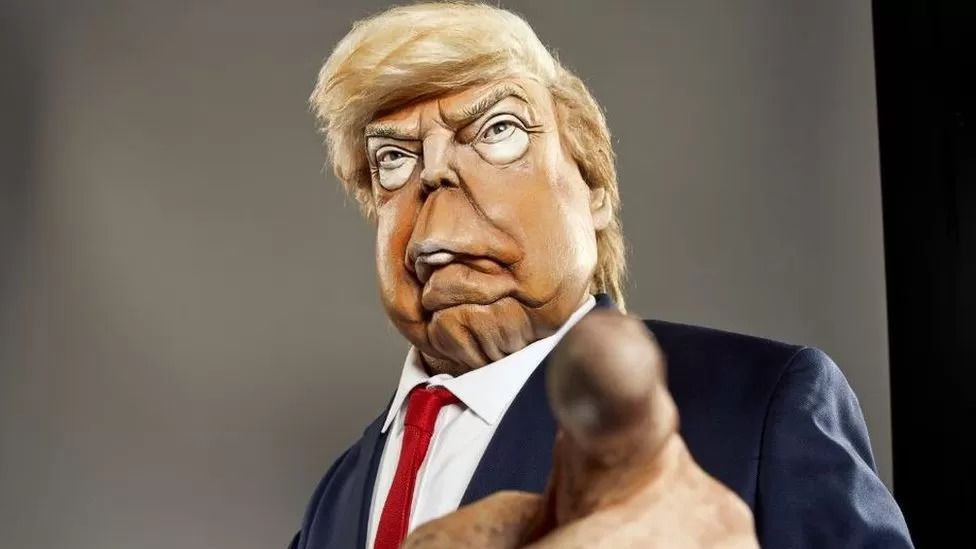 Katie Mulgrew, a comedian who puts on comedy gigs for parents and babies, urged Fringe venues to be more inclusive to parents of young children.

She told BBC Radio 5 Live: "It would be really lovely and a really good idea to offer their performers the opportunity to put on an extra show, 10:00 during the Fringe but it's for parents and their babies.

"Lots of performers might say 'no, that's not for me', but Matt might be offered it – can't speak for him – and he'd go yeah, because that's an opportunity for a grown-up who happens to have a baby to engage in what he does, but it should be offered at least.

"It's about opening up more spaces rather than saying 'you can't come here, this isn't for you'."

The Pleasance, which hosted Forde's show, said it had not received any complaints from audience members on Monday, and that the baby was allowed to attend in line with its babes in arms policy. It added companies are "welcome to opt out of it if they wish".