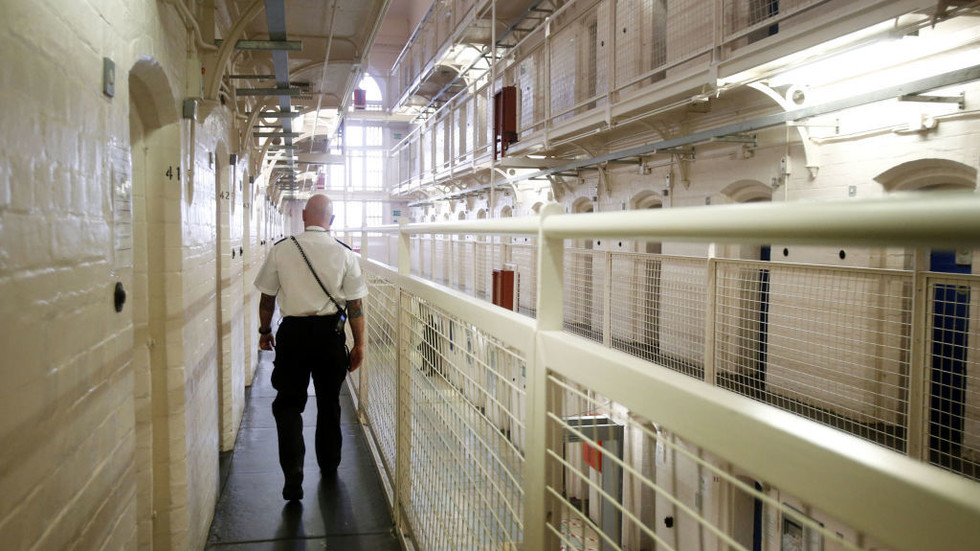 Coronavirus has shone on a light on the crisis in the UK’s prisons. The justice system needs to be overhauled to bring an end to ridiculous sentencing, overcrowding and disgraceful conditions.

Britain’s justice system, like many of its prisons, is stuck in Victorian times. And recently there’s been a proliferation of the 'throw away the key' mantra.

HMP Barlinnie in Glasgow is so cramped that its one-man cells have two prisoners squeezed in. It’s also using holding cells that were condemned 25 years ago and breach human rights.

The Council of Europe’s Anti-Torture Committee (CPT) found it was operating at 120 percent of capacity back in 2014. Yet by 2019, that had risen to 140 percent. The chief inspector of prisons, Wendy Sinclair-Gieben, said: “The reality is that the ageing and fragile physical infrastructure means that the prison is no longer fit for purpose.”

The CPT investigated other UK prisons – Doncaster, Liverpool and Wormwood Scrubs – in the UK last year, along with some young offender institutions. And it wasn’t good news.

Their official findings concluded that the prison system was “in deep crisis” and that the sites they visited were "violent, unsafe and overcrowded.”

A simple but disturbing fact is that in England and Wales, the prison population has doubled since 1990.

Meanwhile, Scotland has the highest prison population rate in Western Europe (150 per 100,000).

Peter Dawson, director of the Prison Reform Trust, said: "These figures show the scale of the challenge that we face in breaking our addiction to imprisonment.”

Drug abuse is also growing inside, as analysis by the think tank Reform showed that in 2019, 15 percent of prisoners become addicted to illicit substances, more than double the rate only five years previous.

The Covid-19 crisis has made all these problems even more apparent. The pandemic is believed to be why there have been five suicides in six days in prisons across England and Wales. That takes the total to 16 since lockdown began on 23 March (in 2019, there were 80 suicides in total).

New rules meant visits were suspended, and inmates saw time spent outside their cell slashed to less than an hour per day. And it’s unlikely the welfare of murderers, rapists, robbers and violent offenders features too highly on the priority list of many people during lockdown. But is what is happening in Britain’s jails acceptable for a civilised society?

The fact is many inmates haven’t strayed that far from the tracks. It’s ridiculous that right now you can still end up inside for not paying the annual £157.50 BBC TV licence fee (although there are moves to decriminalise this). A Chinese student ended up getting eight months for waving around a replica gun at his university. A few years ago, three fracking protestors ended up with custodial sentences – the first environmental activists to suffer that fate since 1932.

Clearly, breaking the law and causing society a nuisance is unacceptable. But Britain’s obsession with imprisonment isn’t the answer.

The UK’s prisons are bursting at the seams and have become hellish for those inside to endure, so why haven’t we changed our approach? Herding men and women like cattle into slum-like conditions strips them of their dignity. Is it any surprise that they resort to violence, take drugs and cause problems?

One of the men who recently committed suicide was 19. He had killed aged 16, but as a child was put in care due to parental neglect, and had lived in nine different countries in eight years.

Instead of prison being a place where he could face his crimes, stabilise himself and rehabilitate, he clearly found it overwhelming and was unable to cope.

Clearly, it’s not the fault of the staff. With so many prisoners to deal with, corners have to be cut.

Things slip through the cracks. Warning signs fail to be heeded.

But there is a glimmer of hope that a change of approach may be on the horizon. Durham Constabulary’s award-winning Operation Checkpoint is a deferred prosecution scheme, where low-harm offenders avoid jail if they participate in a four-month intervention to address underlying problems like mental health issues or substance abuse.

It uses a computer algorithm to help officers select who would benefit from the programme. The results show a 16 percent fall in reoffending rates, compared to those who did not participate.

This approach has been pioneered by the Scandinavian countries and it clearly works, as the UK’s reoffending rate is double that of Norway, which has one of the lowest per capita jail populations.

Operation Checkout was cost-effective, too, saving society an estimated £2million (against the £500,000 required to run it).

Of course, one massive hurdle is the stiff-upper-lip British public’s attitude to offending. There’s a strong desire to see tough criminal justice meted out. But it doesn’t make sense.

Instead of costing the taxpayer £40,000 annually per prisoner, wouldn’t that money be better invested in rehabilitation? A study showed that a 1 percent rise in jail sentences for property offences (theft and handling stolen goods) reduced the next year’s crime figures by 2,693. But a 1 percent increase in community service sentences brought about a reduction of 3,590. Go figure.

Locking thousands and thousands of people in decrepit dungeons year after year is morally wrong, and isn’t working. The fact that some would rather kill themselves than wait for the reinstatement of their freedom says more than any scientific study ever will.

We didn’t hear them when they were alive. But let’s listen now they aren’t.