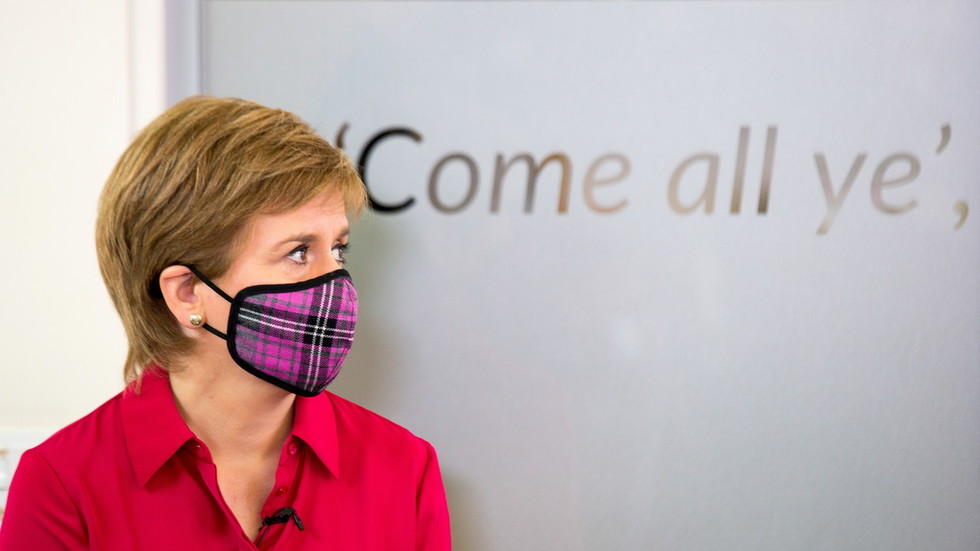 Women in Scotland have taken their battle with the SNP and leader Nicola Sturgeon online after the nationalist party said that plans to reform gender laws in favour of self-identification were back on the table.

The Scottish government is once again coming under fire for its controversial positioning on gender identity. On Thursday, hundreds took to Twitter to voice their opposition to recent developments, including First Minister Nicola Sturgeon's announcement on Tuesday that reforms to gender identity law were back on the agenda, having been suspended during the pandemic.

She said the Gender Recognition Reform bill "will make the existing process of gender recognition less degrading, intrusive and traumatic. In other words, it will make life easier for one of the most stigmatised minorities in our society."

The SNP leader also caused a stir as she heckled Murdo Fraser, the deputy leader of the Scottish conservatives, after he spoke about women protesters' opposition to the bill in the same sitting. "Shame on you!", she shouted across the Holyrood chamber.

Sturgeon's position on transgender rights and self-identification have not been well-received by many women in Scotland, with Tuesday's announcement that the government will be bringing forward gender-recognition reforms in the coming months further inflaming the situation.

"How can women's rights be protected if anyone can be a woman?" one person asked on Twitter, sharing an image illustrating diminishing women's rights and highlighting the safe spaces that men could have access to if self-identification is legalised.

Others concurred, using the trending hashtag #ShameOnYouSturgeon; one asserted that "Female no longer means female only when any man can declare his inner feelings make him female." She added that men in women's prisons aren't men, "they're predatory men" and that men in women's sports aren't female athletes, "they're cheats."

Another shared an image, referencing the Telegraph, which claimed that one in 50 male prisoners identify as transgender versus one in 4,500 in the wider population. "So either self-ID is a disaster or transwomen are responsible for a disproportionate amount of crime," the text reads.

One person, addressing their tweet to the first minister, asked why "forcing women to share their safe spaces with males is your number one priority" when the country is struggling with Covid and Brexit, as well as a disgraceful record on drugs deaths and a dire education system.

Others wondered how she had managed to lose the high ground on women's rights to a male Tory MSP.

While there was little support for the Scottish leader on the matter, one pro-independence group said that people were forgetting that Sturgeon is a woman herself. "Not everyone agrees with your bigoted views. Trans Rights are Human Rights," they added.

Scotland has been at the centre of debates around transgender self-identification and trans-rights in recent months. Debate was reignited in August when Scottish feminist campaigner Marion Millar went on trial at a Glasgow court, charged with hate crimes after several historic tweets were deemed transphobic and homophobic. Millar claims she is standing up for hard-won women's rights amid increasing assertiveness of transgender groups. Hundreds gathered outside the court to support her fight and demand the case be dropped.

Earlier in August, Holyrood decided that children as young as four could change their gender and name at school without the consent of their parents. The move was reinforced weeks later when the Scottish bureau responsible for the country's 2022 census announced that people could self-identify when they list their sex on the upcoming survey.