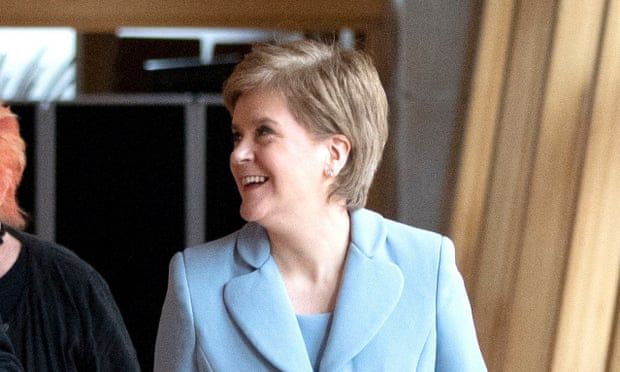 Scotland’s first minister and SNP leader Nicola Sturgeon made a significant statement on progress towards a second independence referendum at Holyrood on Tuesday, sending a personal email to the party’s estimated 119,000 members that said: “The referendum campaign starts here.”

Here we outline Sturgeon’s next steps, and the hurdles that the Scottish government may face in the near future.

What did Sturgeon announce?

Sturgeon told MSPs the Scottish government wants to stage a second independence referendum on 19 October 2023, using the same question put to voters in 2014: “Should Scotland be an independent country?”

Sturgeon said Scotland’s lord advocate, Dorothy Bain QC, has written to the supreme court asking it to rule on the legality of holding a new referendum without Westminster’s permission.

She also wrote to Boris Johnson formally requesting that Westminster gives Holyrood the legal powers to legislate for another vote under section 30 of the Scotland Act. That process was used in the 2014 referendum and has been consistently described as the “the gold standard” by Sturgeon.

The UK government has repeated its position that “now is not the time” for a second referendum because of the cost of living crisis, the Covid recovery and the war in Ukraine.

The supreme court is unlikely to rule on this question before its summer break on 29 July, but many constitutional lawyers believe it will decide it would be unlawful for Holyrood to stage such a vote without section 30 powers.

The court could also refuse to make any ruling until the bill has been passed by Holyrood, which would put Sturgeon’s target date of 19 October 2023 under significant pressure.

Opposition parties believe this is a risky strategy for the SNP, because it means that if Sturgeon loses this case, she cannot blame her opponents. Sturgeon is adamant that this strategy shows she is taking the initiative and showing leadership. It also means, however, that she has to take responsibility if the gambit fails.

What happens if it’s refused?

Sturgeon also told MSPs that the SNP would make the next UK general election “a de facto referendum” in which her party would be mandated to start independence talks with the UK government if it won a majority of votes.

This was instantly dismissed as “campaign rhetoric” by constitutional experts, who point out that an election does not have the same force or meaning as a referendum, and contradicts her previous insistence that such a vote should be legally and internationally recognised.

It is also politically risky. Until now, Sturgeon has consistently argued that every SNP election victory gave her party a mandate to call a referendum. It has won every election in Scotland since 2007, but only once come close to winning 50% of the vote, when it hit 49.97% in 2015.

Sturgeon’s opponents believe her proposal to hang the SNP’s entire election campaign on independence is a gift. It will energise Tory voters who oppose independence, and allow Labour, the Lib Dems and Tories to focus on domestic issues that she would sideline.