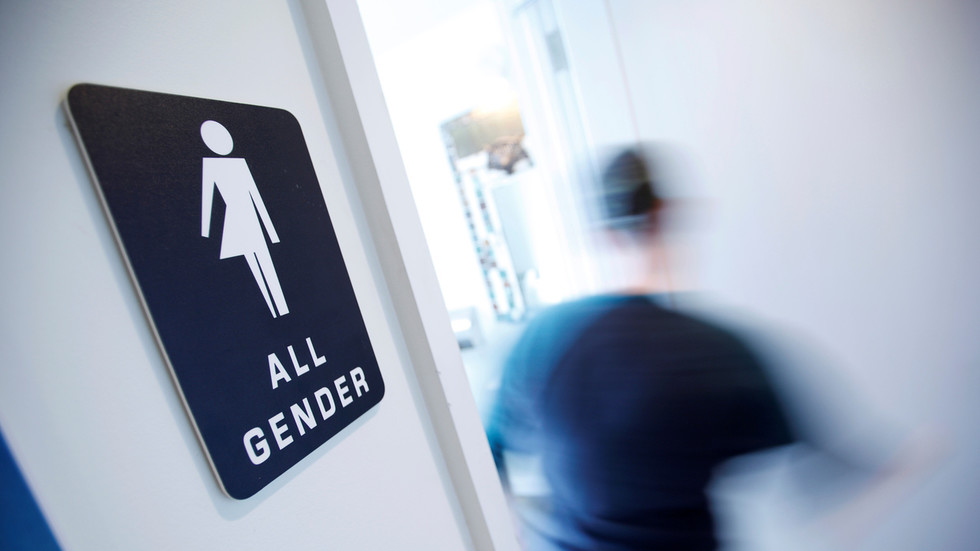 The introduction of gender-neutral toilets in Scottish schools hasn’t panned out as activists hoped, with girls in one school reportedly refusing to use the facilities due to misbehaviour and vandalism by boys.
Gender-neutral bathrooms are becoming increasingly common in Scottish educational institutes. Schools in Angus, Dundee, East Renfrewshire and Edinburgh have all introduced such facilities, and all new school buildings – primary and secondary – in Edinburgh will soon have unisex toilets and communal hand-washing facilities by default. This move to gender neutrality is supported by Scottish National Party politicians and by the Scottish Equality and Human Rights Commission, which warned schools in 2019 that they leave themselves open to lawsuits by not providing such facilities.

However, the implementation of ‘gender-blind’ bathrooms hasn’t been a smooth one. Scottish Borders Councillor Harry Scott told a council meeting on Thursday that in one school, “there have been instances of boys waving sanitary products like flags and urinating in sanitary bins,” according to the Southern Reporter.

Girls at the school have “gone days without using toilets on campus due to sharing facilities,” the report claimed. The school in question added afterwards that it was “unaware” of these incidents, and noted that within the shared bathrooms, some individual cubicles were reserved for each sex.

Yet students of both genders still share common areas within these bathrooms. “Why is it not possible to have male, female and gender-neutral toilets which would cater for the needs of everyone?” Scott said at the meeting. “Why can that not be achieved in our schools?”

Parents across Scotland have pushed back against gender-neutral toilets in secondary schools, which can see 12-year-old girls using the same facilities as 18-year-old men. These facilities are unpopular with the Scottish public too, and a recent poll showed 56% of Scots opposing them, and only 21% were in favour. Some 22% said they supported gender-neutral toilets, but only alongside traditional single-sex bathrooms.

“I would like to know who is pressing for gender-neutral toilets because it’s not parents,” feminist campaigner Marion Calder told The Times on Friday. “I suspect it is coming from LGBTQ guidance award schemes.”
Add Comment