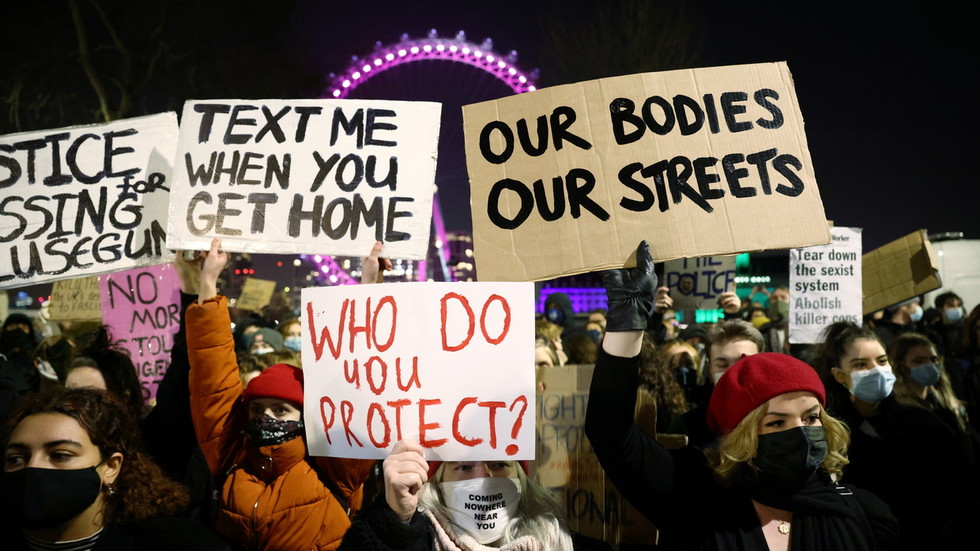 Scottish police confirm male-born rape suspects are recorded as female, where requested, regardless of legal status

Transgender women suspected of sexual crimes are recorded as female by Police Scotland, even if they didn’t legally change their sex. Critics say the practice deceives the public about crime prevalence.
As the Scottish government is considering ways to make it easier than ever for people to change their legal sex, skeptics say the drive to embrace trans rights is often going in the wrong direction. One latest example is the way Police Scotland records suspects’ self-identified gender rather than biological sex, even when the alleged crime in question is rape.

UK law defines rape as penetration of the vagina, anus or month with a penis without the victim’s consent. When such an act is committed or attempted by “a male who self-identifies as a woman,” Police Scotland would register this as a rape or attempted rape, but the alleged perpetrator would be “recorded as a female on relevant police systems.” The law enforcement agency said this in response to a Freedom of Information Act request. “Male” in this case means “a person who does not have a gender recognition certificate and has not changed their legal sex,” as per the request.

The explanation was revealed earlier this week by the Edinburgh-based policy analysts Murray Blackburn. The group’s Lucy Hunter Blackburn cited it in an opinion piece explaining how she believes the practice distorts crime statistics and thus misinforms the public on crime policy issues. A better approach would be to record the biological sex and possibly seperately the gender, the group says.

The recording policy “evolved as best practice and ensures all people are treated fairly and with respect,” Police Scotland said in 2019. It also seems to contradict what Scottish Justice Secretary Humza Yousaf told MSP Johann Lamont in a letter reported by the Times on Sunday. There, he said a person born male would need a full gender recognition certificate – “and so is legally female” – for that person to be statistically recorded as a female.

Earlier in January, Lamont questioned Yousaf about a draft guidance by Scotland’s chief statistician, which recommends that self-identified gender rather than biological or legal sex should be recorded by the government bodies, “except potentially where there is direct relevance to a person’s medical treatment.” Lamont asked how the government expects to “measure the scale of offending by men” and the effect of preventive measures if it won’t track the biological sex of the offenders. Yousaf said it was his understanding that the rape statistics are supposed to be an exception to the guideline.

Treatment of trans women by the criminal justice system is a thorny issue. Trans rights activists tend to dismiss any doubts about giving such people all the privileges of those who were born female as transphobic. Critics point out uncomfortable facts to argue that this approach is inherently harmful towards biological women. For instance, British prison statistics indicate that trans inmates are five times more likely to commit a sex attack on other prisoners at female jails.
Add Comment