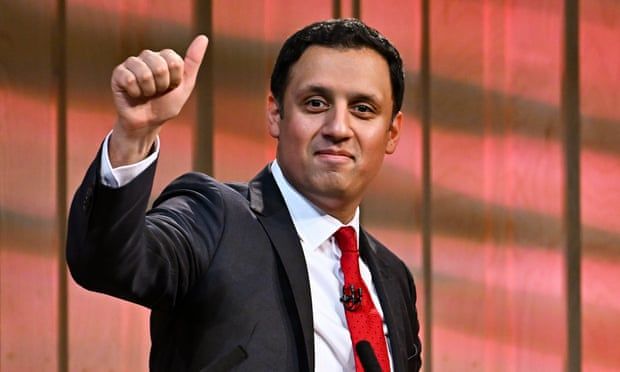 Sarwar said Scottish Labour planned to expand the ethos of the NHS, which provides free care regardless of income, to the social care service. He said totally integrating social and health care provision was an essential prerequisite for NHS reform.

“We can’t rebuild our NHS without a functioning and strong care service. That is the key to renewing our NHS for the future,” he told Scottish Labour’s spring conference in Glasgow in his first conference speech as leader.

“Care needs are intrinsically linked with health needs, so it is time we started treating health and care like one system.”

The party would abolish rules that require over-65s who are better off to use their own savings and equity in their homes to fund residential care, at a cost of £412m, and provide fuller free care for those at home, for another £519m.

In another proposal designed to outbid and outflank the Scottish National party among Labour’s target voters, Sarwar committed his party to introducing a basic wage of £15 an hour for care workers, after first raising it to £12.

Those policies, he said, would be funded from the extra money for health and social care from the UK Treasury, expected to reach £1.8m in the next financial year and funded by Rishi Sunak’s decision to increase national insurance payments to fund the NHS post-Covid.

Sarwar hopes Labour’s surge in popularity at UK level under Keir Starmer may help revive Scottish Labour’s popularity. But with the SNP under Nicola Sturgeon still buoyant in the polls, he remains cautious about its chances.

As part of his efforts to update the party’s image, Scottish Labour unveiled a new thistle logo earlier this week, replacing the party’s red rose logo, which was introduced nationwide by Peter Mandelson in the 1980s.

Sarwar confirmed on Friday that he intends to pull Labour back towards the centre ground. Party officials disclosed on Wednesday that Scottish Labour had pulled in nearly £1m in donations since he became leader, eclipsing the £250 donated in 2020 under his predecessor.
#Covid
Add Comment