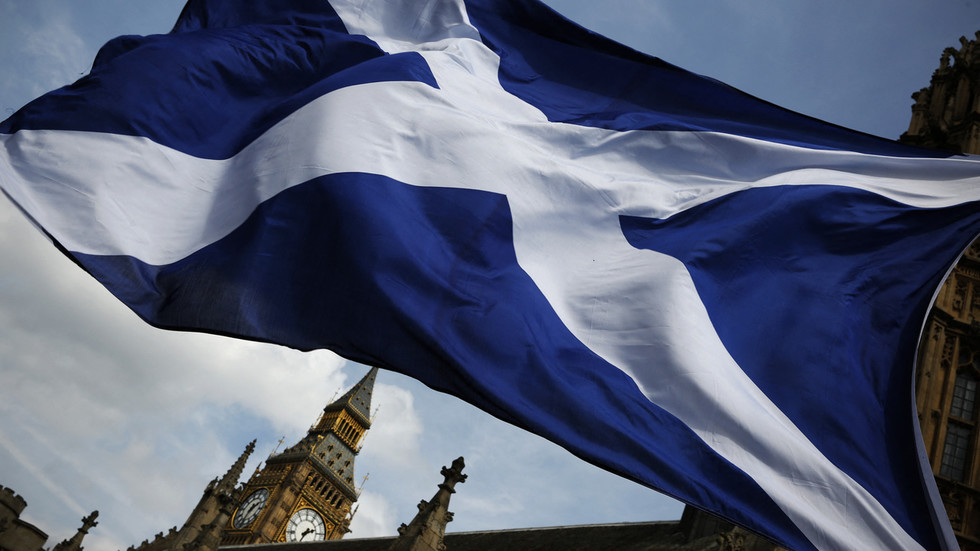 The Scottish government is reportedly preparing to ask civil servants to put their gender pronouns at the end of emails in an effort to boost inclusivity – despite the majority of employees opposing the idea.
According to the Telegraph newspaper, the government supports a proposal that would encourage civil servants to take a “pronoun pledge” and add their preferred pronouns – such as he/him, she/her, they/them, or even zie/zir – to their email signatures.

Though it appears that the Scottish government is moving ahead with the proposal, it has already proved to be an unpopular idea among government staffers.

A June poll of over 3,000 civil servants found that 58% did not put pronouns in their emails and probably won't, while 25% said they did not currently use preferred pronouns but would potentially be open to it in the future. Just 17% claimed to currently use them.

Following the results of the poll, Permanent Secretary to the Scottish Government Leslie Evans said in a June Q&A session that she was “disappointed” with some comments people had made about the gender pronoun email idea.

Evans said that while “what we write around our name and so on is good and helpful,” more needs to be done, and declared she feels “pretty passionately” as “a feminist but also somebody who's got some family experience of gender assignment.”

She also claimed that it was a “very important experience and learning experience” when one of her transgender colleagues shadowed her on the job a year and a half ago.

Trina Budge, the director of For Women Scotland, however, called the pronoun proposal “deeply stupid,” noting that the employee poll “showed the majority of civil servants were against this move.”

“It is sad, but not surprising, to see Ms Evans disregard this,” Budge declared, calling it “further evidence that this government only pretends to consult or openly discuss, and ditches any views which conflict with their predetermined policies.”

Arguing that the Scottish government is now leaning into “controlling, illiberal and authoritarian tendencies,” Budge warned that “in forging ahead with this or any associated coerced signing of a pledge, the Scottish Government would, potentially, be discriminating against a protected belief and also inviting sex discrimination.”

The Free Speech Union also condemned the proposal, writing, “Far from being 'inclusive' this plan creates a chilling environment for those who don't believe in gender ideology.”

Recent Freedom of Information (FOI) releases show that Edinburgh has a close relationship with the LGBT charity Stonewall, which has repeatedly received money for training staff.

In a 2017 Stonewall Workplace Equality Index submission, the government boasted that since 2015 “it has been mandatory for all our Senior Civil Service staff,” as well as “staff who are chairing recruitment and selection panels,” to “undergo unconscious bias training, which includes LGBTi awareness.”

It also delivered transgender-specific awareness training, while all civil servants are officially required to undergo “Diversity and Equality training.”

The Scottish government has been increasingly accused of taking action against free speech over the past few years. In October, a hate crime bill backed by Justice Secretary Humza Yousaf was proposed that would legally punish Scots for making “insulting” remarks – including against transgender people – even within the privacy of their own homes.

In February, a man was arrested by Scottish police after he made “an offensive tweet” about Sir Captain Tom Moore, who had recently died.
Add Comment