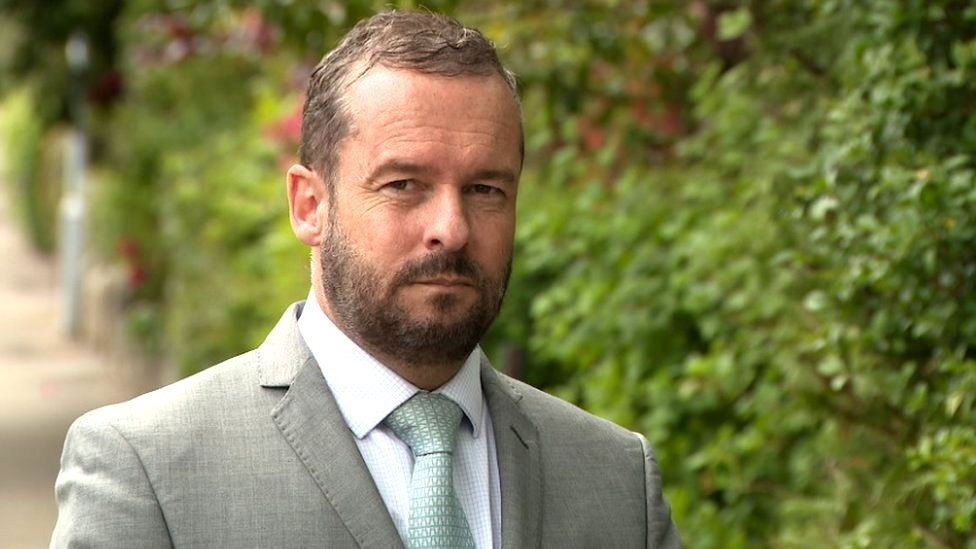 A senior Scottish Conservative councillor has been arrested over an alleged romance fraud.

Andrew Polson, who was the leader of East Dunbartonshire Council until May, has been released pending further inquiries.

Mr Polson, 49, said he was unable to comment due to a confidentiality clause which is linked to that civil case.

In the court papers lodged by the woman, she claims that Mr Polson persuaded her to let him manage her finances and used her money to buy property for himself.

She alleges that he abused her trust and exercised "undue influence" over her.

The woman also claims they had a five-year relationship that ended in 2018 when Mr Polson was getting re-married.

She alleges he sought to rekindle their association in 2021 after she had received a large divorce settlement.

Mr Polson was leader of East Dunbartonshire council until the local government elections in May and stood as a Conservative candidate in last year's Holyrood election.

The Bearsden South councillor is also a director of the Christian community radio station, Revival FM.

A Police Scotland spokeswoman said: "A 49-year-old man has been arrested in connection with fraud and released pending further inquiries."