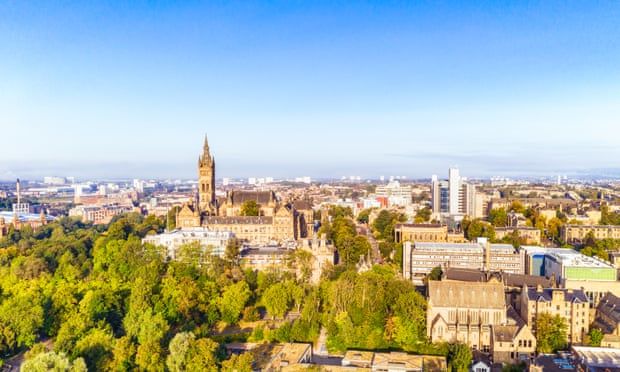 Scottish campaigners condemn Cop26 as ‘the most exclusionary ever’

The Cop26 Homestay Network, which was launched in May, and is described by organisers as a “non-corporate Airbnb”, aims to match local hosts from across the central belt of Scotland with visiting climate change campaigners, scientists and non-governmental organisations.

So far, the network has linked up 211 guests with local hosts, booking a total of 2,097 nights. But there are 1,783 more on the waiting list who are still looking for a place to stay.

Stop Climate Chaos Scotland and the COP26 Coalition – which set up the network – are concerned that official delegates from poorer countries and those hoping to attend events alongside the summit are struggling to find rooms they can afford for the duration of the conference.

They point out that at previous summits, local government worked with activists to provide hostel-style accommodation for those who could not afford expensive hotel rooms, converting gym halls and community centres into bunkhouses.

While recognising that Covid-19 restriction add an extra layer of difficulty this year, the campaign groups question why Glasgow city council and the Scottish government cannot extend this option for visitors.

Rituraj Phukan, the founder of the India-based Indigenous People’s Climate Justice Forum, has found a room through the Homestay Network but said he was aware of many others who had not.

“Many of my colleagues representing indigenous people’s organisations are concerned about the uncertainty with access to vaccines, travel restrictions and lack of accommodation,” Phukan said.

He added: “It’s impossible for people outside the global south to imagine the impact our communities are already facing from climate change. If they are not represented because they have nowhere to stay that would be totally unjust.”

Raising concerns that – despite promises to the contrary – this conference would be “the most exclusionary Cop ever”, Mary Church, head of campaigns at Friends of the Earth Scotland, said: “If the UK government insists on forging ahead with this, despite calls for further postponement this week, they have to be thinking about how to safely facilitate and house people coming to Glasgow to influence and participate in the summit.”

The UK government this week announced a quarantine support package for red-list country delegates with accreditation. But this does not cover time spent at Cop itself, nor does it cover civil society groups with no official accreditation coming to Glasgow to participate in green zone or other events.

The Homestay Network also passes on reports from would-be visitors who say they are so overwhelmed by the logistical challenges and uncertainties as the clock runs down to November, that they have not had capacity to work on their aims for the summit.

Asad Rehman, the director of War on Want and Cop26 Coalition, said: “Not only has the UK presidency [of Cop26] failed to live up to its own promise of ‘the most inclusive Cop ever’ as it continues to block access to life saving Covid-19 treatments, creating a vaccine apartheid between the richest and poorest, but it has also failed to address the mounting concerns about the costs of travel, accommodation and left many doubting that they can safely be at the table as critical decisions are made.

“Locking out the voices of those most impacted by climate chaos not only replicates the same underlying patterns of global injustice that are the root causes of climate inaction, it undermines the ability of civil society to hold governments to account and deliver the outcomes needed.”

A spokesperson for Glasgow city council said: “One of the reasons Glasgow was selected by the UK government to host Cop26 was due to a range of accommodation options being available and accessible within an acceptable commuting distance of the city.

“The UK government’s accommodation partner, MCI, has secured high quality hotel rooms across properties in central Glasgow, surrounding areas and Edinburgh. All with a range of transport options close by or within walking distance of the main venue.

“In addition, MCI has only secured around a third of the market availability for hotel rooms in Glasgow, Edinburgh and the surrounding areas so alternative options for booking hotel accommodation are still available, along with other types of accommodation in the central belt.”

A COP26 spokesperson said: “As hosts of COP26 it is of huge importance to the UK there are a wide range of fairly-priced accommodation options available which suit the budgets of delegates attending from around the world. We have been working with our hotel provider, MCI, to make sure this is the case.”
#Vaccines  #COVID-19  #vaccine  #Covid
Add Comment