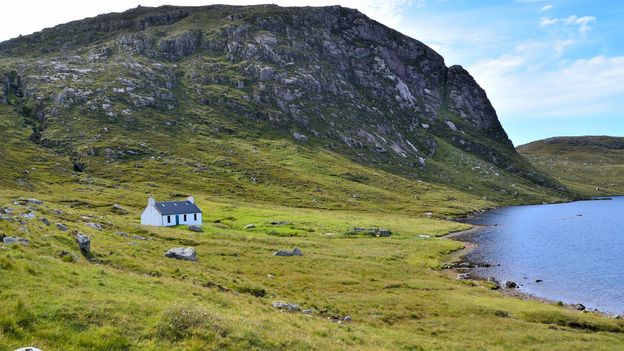 Known as the "Hebridean Baker", Coinneach MacLeod is an unlikely TikTok sensation who is bringing the best of the islands' culture to the world.

Like many people around the world, Coinneach MacLeod spent much of the past year baking during lockdown. But rather than finding a simple sourdough recipe to pass the time, MacLeod dug deep into the rich history of his homeland on the Isle of Lewis, the most northerly of Scotland's Outer Hebrides islands. Inspired by Hebridean produce and recipes he learned from his ancestors – most notably his 93-year-old aunt, Bellag – MacLeod began uploading videos of his homemade creations to TikTok in 2020 as the Hebridean Baker.

More than 2.7m likes and 225,000 followers later, the 47-year-old has become one of the least likely celebrities on Gen Z's favourite platform.

But it isn't just MacLeod's sumptuous hot toddy choux buns, Heilan' coo cupcakes or haggis bon bons that have made the soft-spoken chef a viral sensation. By serving his food with a side of Hebridean folklore, Scottish Gaelic tongue twisters and traditional music – as well as the occasional cameo by his wee Westie pup, Seòras – Coinneach's goal is to bring the best of Hebridean culture to the world. He's also encouraging his followers to embrace the Hebrides' version of the popularised Danish comfort custom of hygge by encouraging people to forage for local ingredients, cook with loved ones and slow down while embracing simplicity – wherever they may be.