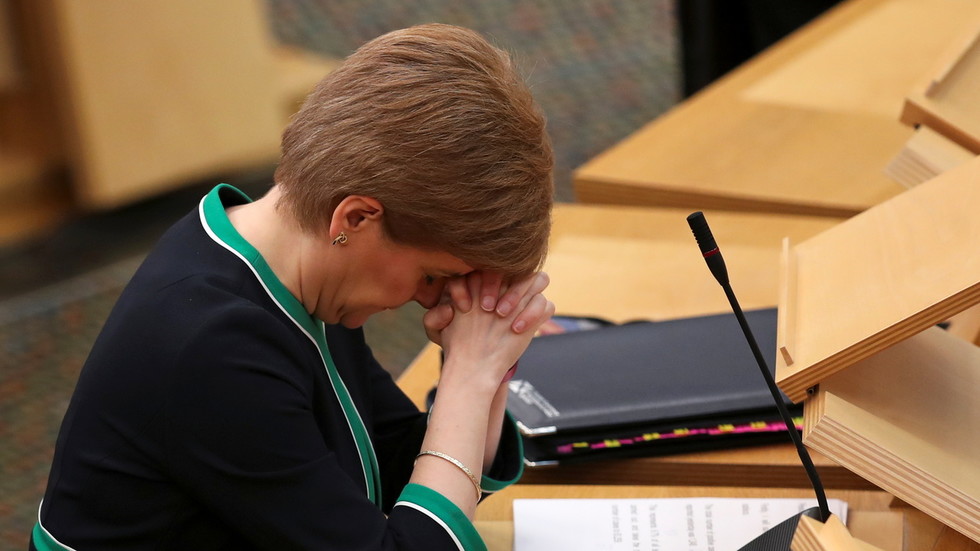 The report claims the First Minister gave ‘an inaccurate account’ of her handling of sexual harassment complaints against her predecessor, Alex Salmond, and accuses her of breaching ministerial protocol.

Published on Tuesday but partially leaked last week, the report gives a damning verdict on Nicola Sturgeon’s participation in the Scottish government’s botched handling of the complaints.

Members of the Scottish Parliament (MSPs) charged with investigating the First Minister and her officials’ handing of complaints against former leader Salmond said they found “it hard to believe” that Sturgeon had “no knowledge of any concerns about inappropriate behaviour on the part of Mr Salmond prior to November 2017”.

"If she did have such knowledge, then she should have acted upon it.

If she did have such knowledge, then she has misled the committee."

Furthermore, contrary to Sturgeon’s evidence as to her dealings with the allegations against Salmond, the committee found the First Minister “did, in fact, leave Mr Salmond with the impression that she would, if necessary, intervene.”

The report, which concludes there was a “fundamental contradiction” in Sturgeon’s evidence, and suggests she gave “an inaccurate account of what happened”, comes a day after an independent inquiry cleared the First Minister of breaching the ministerial code. Monday’s acquittal also concerned her involvement in the Alex Salmond debacle. She was cleared of wrongdoing, but stands accused of providing an “incomplete narrative of events”.

The First Minister welcomed the results of Monday’s inquiry, claiming it was “comprehensive, evidence-based and unequivocal”, but acknowledged it was up to Parliament to decide whether she misled MSPs.

The long-running Salmond saga has damaged the popularity of the Scottish National Party (SNP), with other parties making gains in the run-up to the Holyrood election on May 6. Sturgeon’s husband and SNP CEO Peter Murrell was also accused of “meddling” with the police investigation into the complaints against Salmond, but the allegations were dismissed by MSPs.