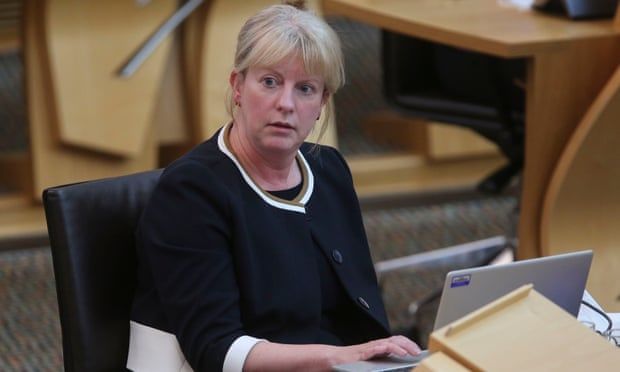 Campaigners and politicians anticipate a “febrile” debate as long-awaited transgender law reform is published
The Scottish government’s long-awaited bill to simplify how people legally change the sex on their birth certificate is finally published on Thursday.

Since Nicola Sturgeon first mooted the changes to obtaining a gender recognition certificate (GRC) in 2016, this reform and associated legislation on the census, hate crime and the right of rape victims to request the sex of their medical examiner, have resulted in the most significant revolts of her premiership.

Proponents of the reforms – which include removing the requirement for a medical diagnosis of gender dysphoria – hope they will streamline a process that transgender people find intrusive and distressing, but will not affect the spaces or services they use in their day-to-day lives.

Critics argue that the simplification – known as self-identification – will fundamentally alter who can access women-only services and that the planned changes are already prompting an unwelcome policy shift, for example in single-sex wards.

On Thursday, Shona Robison, the cabinet secretary responsible, will make a parliamentary statement to launch the bill, not usual procedure and a reflection of the fraught context of reform.

Campaigners, advisers and politicians have told the Guardian they believe that delays to the bill have created a vacuum in which a toxic discourse has taken hold, damaging trust between the Scottish National party and the LGBT+ community that will take more than the success of this legislation to repair.

In advance of publication, MSPs describe an atmosphere of trepidation, with supporters and critics fearing a “nasty” and “febrile” debate in Holyrood.

Within the SNP, finance secretary Kate Forbes – a member of the socially conservative Free Church of Scotland – is the most senior politician to express concerns.

It is understood that critical voices hold less sway throughout the party after a number left to join Alex Salmond’s Alba party, which has been accused of weaponising the reform against the SNP, although there is also deep disappointment within other sections of the party at the way alleged transphobia has been handled internally.

A handful of SNP rebels are reported to be pressing for a free vote on this bill, as there was for same-sex marriage in 2014, and there are wider concerns that public uncertainty about the proposals could lose votes in May’s council elections.

The reform was a non-negotiable aspect of the Scottish Greens’ partnership deal with the SNP, while the Scottish Lib Dems are likewise strongly in support, the Scottish Labour group is understood to be largely in favour and Scottish Conservatives largely against. While advocates calculate the overall arithmetic for the bill there remain concerns that some critics have not yet taken a public stance, and complaints there has not been enough internal discussion within parties. Those hopeful of a respectful debate praise the all-party LGBT+ group led by the Conservatives’ Jamie Greene and the SNP’s Emma Roddick for brokering informal conversations.

Vic Valentine of Scottish Trans Alliance said the time taken to implement reform had been “frustrating and harmful”, while another experienced LGBT+ campaigner, Blair Anderson, explained: “Scotland has become the lightning rod because reform has been shelved elsewhere.” The UK government dropped plans for self-identification two years ago.

Last week, Scotland’s highest court approved the decision by the government agency running this month’s census to allow any transgender person to self-identify as their lived sex – after a challenge by Fair Play for Women, which overturned similar guidance in England and Wales.

The Guardian has spoken to a number of transgender Scots about the current process of acquiring a gender recognition certificate, which requires an individual to have lived in their preferred gender for two years and evidence of a medical diagnosis. One described the “demeaning” experience of a “faceless panel” thumbing through their private medical notes. Several had been unable to secure the necessary documents because of “pedantic” requirements: for example, their specialist had not used an accepted medical term on a form, or their old patient paper records had been shredded.

Young trans people in particular have described being hurt and angered by the recent intervention from the Equality and Human Rights Commission urging the Scottish government to pause its reforms for “more detailed consideration”, despite two public consultations since 2017.

The argument that the reforms are purely a simplification of the process have been “kicked into touch” by the recent EHRC letter, argues Susan Smith of For Women Scotland, one of the most active critical groups, founded in 2018.

“This is opening up gender recognition certificates to a whole new cohort of people, without gatekeeping, and there is huge public opposition to self-identification and the risk of people taking advantage of that.”

FWS say supporters are “stepping up” their campaigning – which has already seen protesters booing Nicola Sturgeon outside Holyrood.

Recent polling by Savanta ComRes for the BBC found that, while 57% supported making the process of obtaining a certificate easier, support fell over specific proposals, with 40% in favour of self-identification and 38% against it, while 44% opposed reducing the amount of time spent living in the acquired gender, compared with 37% in favour.

LGBT+ campaigners say there will be no “floodgates”: the reforms still require a person to be living permanently in their chosen gender for three months, along with a three-month cooling off period, and any increase is likely to reflect those who had other documents, like a passport or driving licence, changed already. They insist that the profile of people applying will not change.

But Murray Blackburn Mackenzie, a policy analysis collective also set up in 2018 and which has been highly critical of Scottish government “biased” engagement with sympathetic campaigners, recently argued that ministers sought to “minimise” the effect of the plans, making it “easier to dismiss even the possibility of unintended consequences.”.
Add Comment