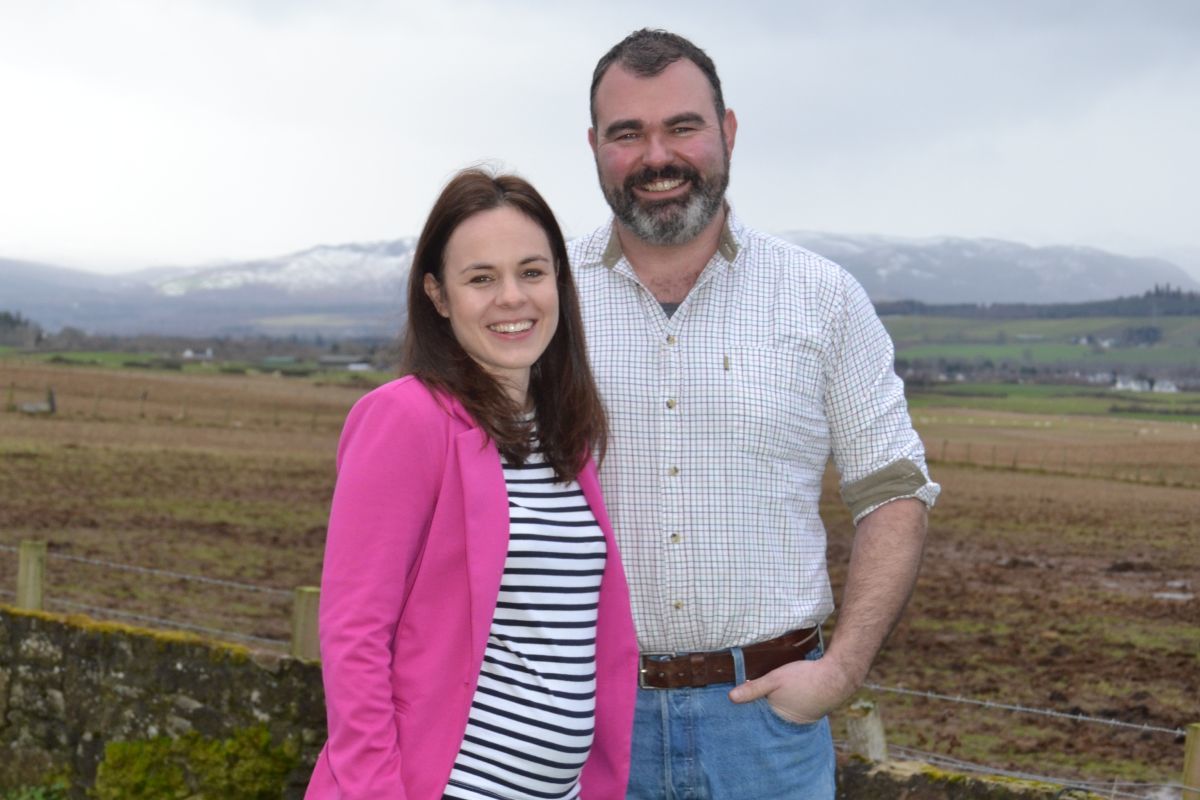 Scotland's finance secretary Kate Forbes is pregnant and will be taking maternity leave in the summer, it has been announced.

It will be the first time a serving Scottish cabinet secretary has taken maternity leave.

Arrangements to cover her ministerial responsibilities while she is on leave will be set out by the first minister.

Ms Forbes has been finance secretary for two years, and has been tipped as a possible future first minister.

She has been working on finalising the Scottish government's budget plans for the coming year, which are due to be passed by MSPs on Thursday.

The government said she will remain as finance secretary while she is on maternity leave and will resume her duties upon her return on a date that has not yet been agreed.

In a statement, Ms Forbes said she and her husband Alasdair MacLennan - who she married in Dingwall in July of last year - were expecting their first child together later this year, and were "looking forward to welcoming a new member of our family".

She confirmed that she planned to take maternity leave from Holyrood, but said her office and team would still be available to help residents in her Skye, Lochaber and Badenoch constituency.

Ms Forbes, 31, said her pregnancy had given her an "even deeper admiration for the thousands of women across the country who balance both work and personal responsibilities".

She added: "There might be particular challenges with being a politician in the public eye, whilst combating the side effects of pregnancy, but it is an experience which is familiar to countless women.

"Politics, like many workplaces, is often not renowned for being a supportive environment for parents.

"Hopefully I can play a small part in changing that, and demonstrating that it is possible to have children and a career, with the right support in place."

First Minister Nicola Sturgeon said she was pleased that Ms Forbes "will be able to enjoy those precious early months with her new arrival and her wider family".

She added: "This should never be a barrier to someone's career, especially women in senior leadership roles.

"That is why we are clear Kate is not leaving government. She will remain Cabinet Secretary for Finance and the Economy while on leave and take up her duties again upon her return."

Ms Forbes - who is the only woman to have ever served as finance secretary - is a member of the Free Church of Scotland, which follows a strict interpretation of the Bible.

She described last year how she had often had to "tiptoe around" her Christian faith because of a "fear and a sense that the public will think we only speak for our own rather than speak for everybody".

Although Ms Forbes will be the first cabinet secretary to take maternity leave, Aileen Campbell took maternity leave while serving as minister for children and young people in December 2014.

Kate Forbes: "I will definitely be taking maternity leave and trying to figure out how on earth to be a mother."
Add Comment