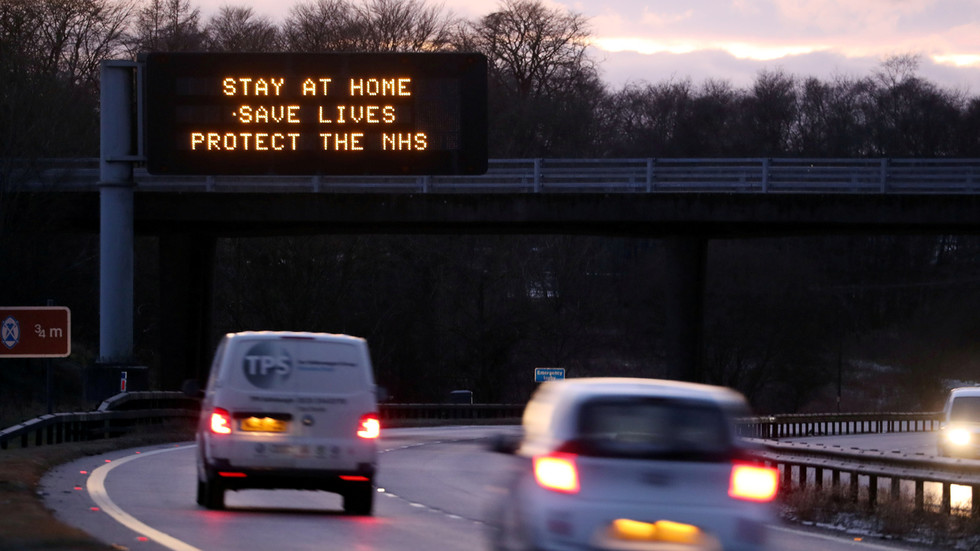 The Scottish first minister has extended the nation’s lockdown amid severe pressure on the NHS and says the country will bring in new measures to prevent potentially harmful variants entering Scotland from abroad.
The latest data shows that there has been “real progress” in bringing Covid-19 case numbers down, First Minister Nicola Sturgeon told lawmakers on Tuesday, but she also issued words of caution. “The situation does continue to remain fragile…The risk is increased as the new variant accounts for 73 percent of new cases,” she noted.

Pressure on the NHS is severe, she added, noting that the number of people in hospital is still 30 percent higher than during the first peak of the pandemic in Scotland.

Lockdown will now be extended in full until the end of the month, although Sturgeon said some primary schools may open for young students on February 22. School reopening plans are set to be reviewed in two weeks and would see the phased resuming of education.

Sturgeon also announced that Scotland would introduce a “managed quarantine” for all international arrivals “regardless of which country they have come from,” with further information on the move to be published in the coming days.

“The firm view of the Scottish Government is that in order to minimise the risk of new strains coming into the country, managed quarantine must be much more comprehensive,” the first minister told MSPs.

The move is similar to one being mulled in England that is yet to be approved by the government there.

Sturgeon did not go into detail on the country’s vaccination programme, which lags behind efforts in neighbouring England, but said a first dose has been given to 610,778 people across Scotland and 8,345 have received their second jab, as of Tuesday.

Around 18.3 percent of over-18s in England have received at least one dose, compared to just 13 percent in Scotland.
#COVID-19  #Covid
Add Comment