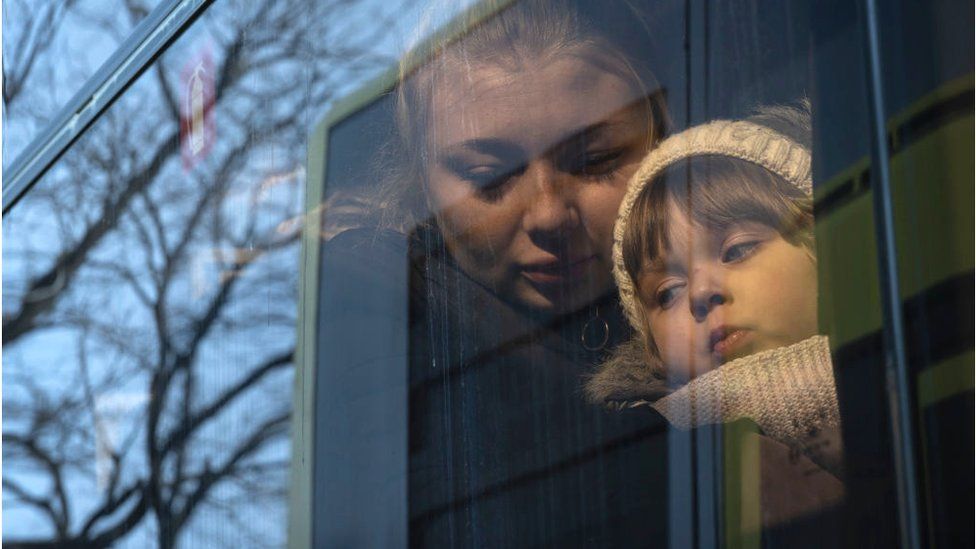 Scotland and Wales bid to be refugee super sponsors

Scotland's first minister and her Welsh counterpart have proposed that both governments become "super sponsors" to Ukranian refugees fleeing the war.

Nicola Sturgeon and Mark Drakeford have written to the UK government to confirm their commitment in contributing to its community sponsorship scheme.

But Scotland and Wales have offered to step further to support refugees by acting as super sponsors.

It is hoped this would allow Ukrainians to come to the two countries faster.

The idea would be to get them into temporary accommodation immediately and then work with local partners to provide longer-term places to stay, including with host individuals, and give them access to safeguarding and services.

Households in the UK will be offered £350 a month to open their homes to people fleeing the war in Ukraine.

The UK government's Homes for Ukraine scheme calls on people to offer a spare room or an empty property to a refugee for a period of at least six months.

'No cap on refugee numbers'

In a joint letter to Levelling Up Secretary Michael Gove, Ms Sturgeon and Mr Drakeford have emphasised that the government must provide more clarity on how the scheme will work.

The letter makes clear that no cap will be set by Scotland and Wales on the numbers of refugees they will welcome.

Scotland has made an immediate commitment to support 3,000 refugees in the initial wave, in line with the numbers that were resettled under the Syrian scheme. Wales would take 1,000. 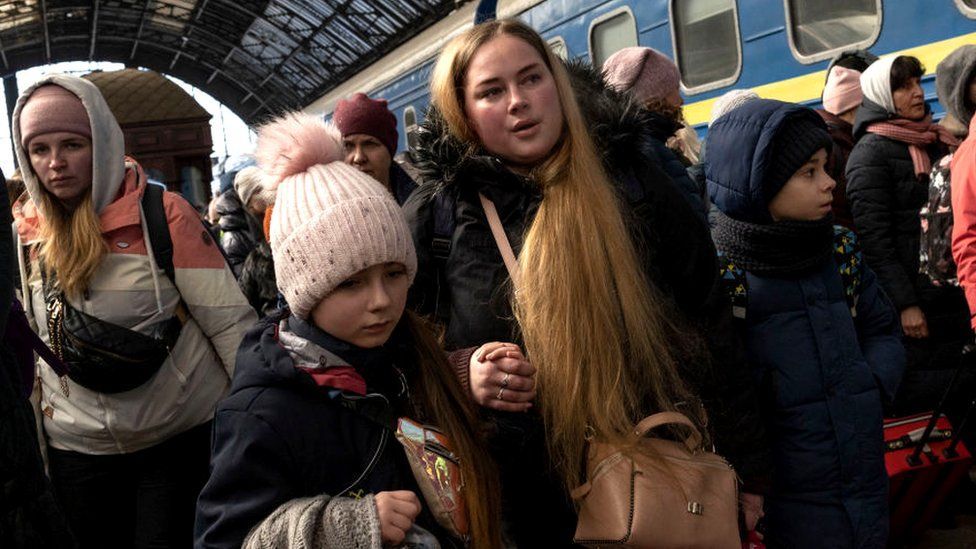 The Scottish government said it would welcome "at least" a proportionate share of the total number who come to the UK.

The letter also says it is essential that all arrivals have access to public funds, including welfare benefits, and are exempted from the Habitual Residence Test for accessing these.

Finally, the letter calls for all visa requirements for Ukrainian nationals to be waived.

Nicola Sturgeon said: "I want Scotland to play our full part in welcoming Ukrainians seeking sanctuary from war. The UK response so far has been beset with bureaucracy and red tape, when what is needed is humanity and urgent refuge for as many as possible.

"We are still awaiting full details of the proposed community sponsorship scheme. If the UK government is still unwilling to waive visa requirements, it is essential that this scheme works efficiently and effectively and allows people to come to the UK as quickly as possible.

"However, I am very worried that if people have to be matched with an individual sponsor before even being allowed entry to the UK, it will prove slow and cumbersome." 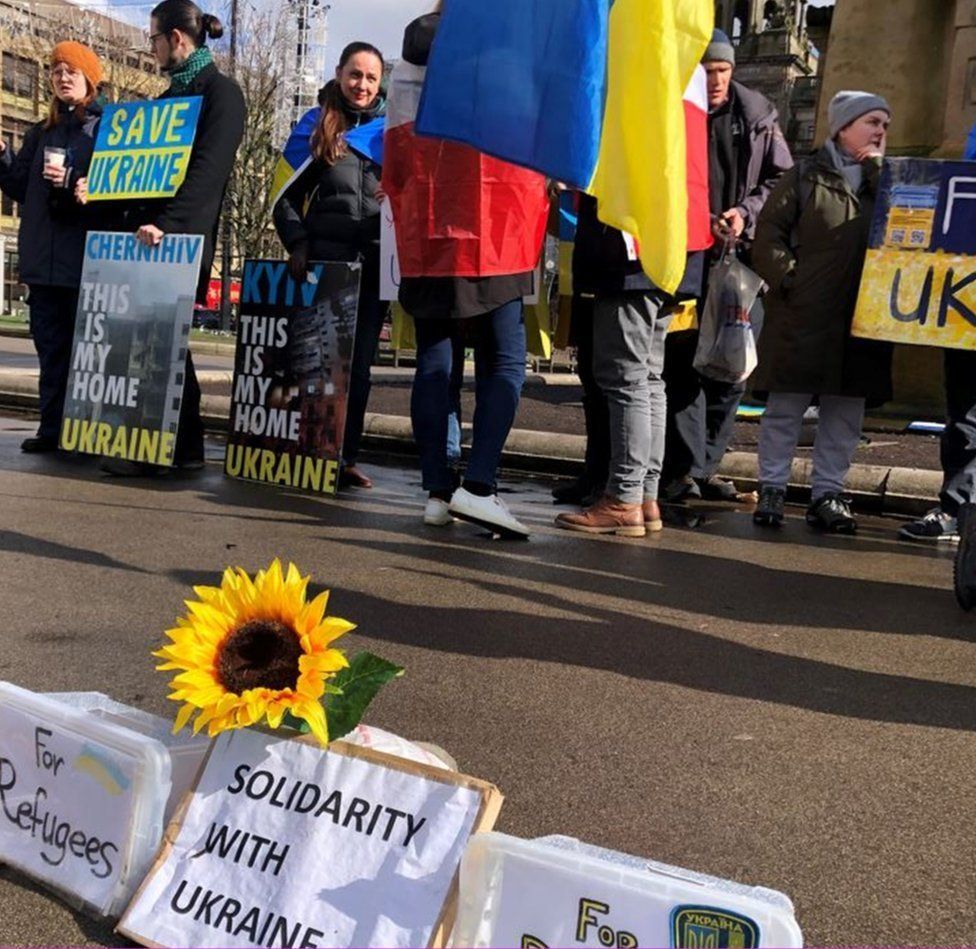 She said that super sponsorship would allow large numbers to come to the respective nations quickly and that she would be able to welcome Ukrainians to Scotland as soon as possible.

However, refugee support groups fear the main problem is not with hosting Ukrainians, but in visa restrictions stopping them from entering the country in the first place.

'This is a gimmick'

Robina Qureshi, director of refugee homelessness charity Positive Action in Housing, said there were skilled and experienced hosting networks up and down the country with thousands of hosts.

"Britain is not planning on taking its fair share of refugees, even though there is public support for taking in Ukrainian refugees," she said.

"The families who host refugees don't do it for money, they are helping because they see a government that is heartless and won't lift visa restrictions.

"The number of houses is not the problem and this is a gimmick - just another distraction from the fact that the UK is still the only country in Europe that hasn't lifted visa restrictions and there are still no safe routes here for Ukrainian war refugees."

A spokesman for the Department for Levelling Up said: "We are always grateful to the devolved govts for their offers of support.

"We will continue to work with the devolved governments in the organisation of this scheme and see how best it can continue to be delivered."