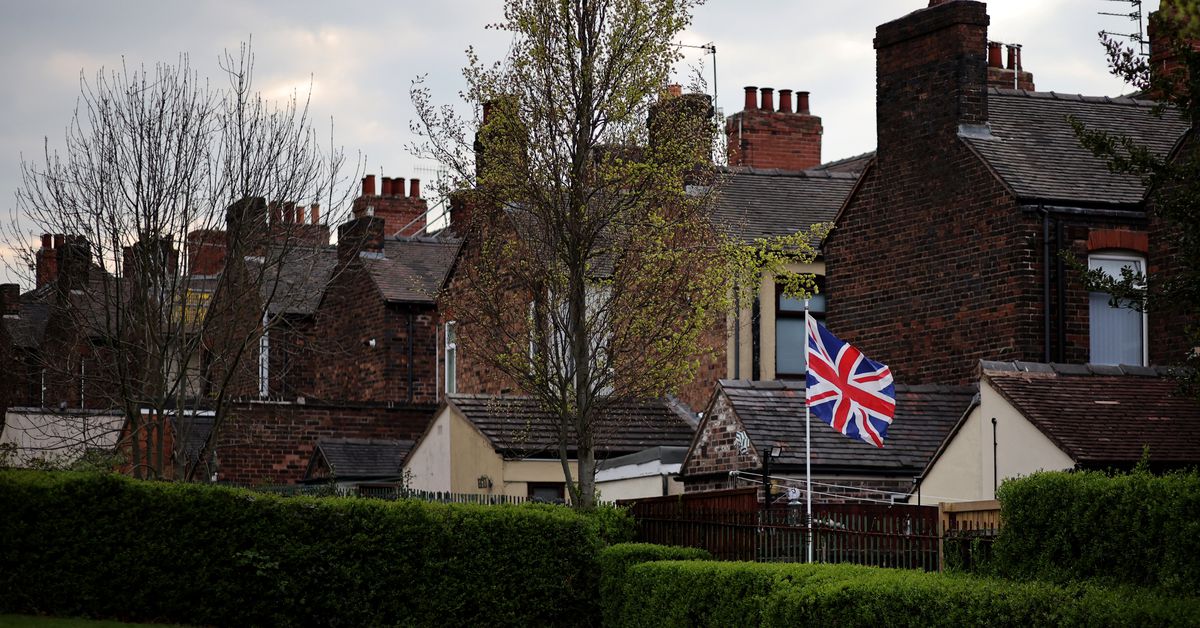 John Jones is the sort of voter that British Prime Minister Boris Johnson cannot afford to lose – but already has.
Jones, who backed Johnson's Conservatives at the national election three years ago when the party swept to a landslide victory, regrets his decision after the prime minister broke his own coronavirus lockdown laws to attend alcohol-fuelled gatherings in his Downing Street office.

"I am absolutely disgusted at the way he has behaved," Jones told Reuters in the market town of Newcastle-under-Lyme in central England, a key battleground in local authority elections being held next week.

"I have had enough of watching him act like a clown. You only have to look at his haircut and the way he dresses to realise that he is not taking this job seriously."

In 2019, Johnson upended conventional British politics by winning in both the traditional Conservative southern heartlands and more industrial areas in central and northern England.

But his support has waned as the government grapples with a cost-of-living crisis and revelations about his conduct.

Now many Conservative lawmakers are wondering if he is still an electoral asset, and a poor showing in local elections next Thursday might provoke a leadership challenge.

One of the most closely watched contests will be Newcastle-under-Lyme, about 170 miles northwest of London.

The Brexit-backing town, once known for coal and steel, was traditionally a stronghold for the main opposition Labour Party, but the Conservatives won the parliamentary seat in 2019 for the first time in a century, and outright control of the council for the first time ever last year.

Labour councillor David Grocott said he had found widespread anger that senior government officials were partying while the public were obeying strict rules which meant some could not say farewell to loved ones dying in hospital.

"Everybody is allowed to make mistakes, we are all human, but I think the hard thing is he has not broken the rules one time, but multiple times," said Grocott, who was unable to see his father in hospital before he died from COVID in 2020.

Trevor Johnson, a local Conservative councillor who is standing for re-election, admitted some voters were angry but said the backlash was not as severe as he had feared.

"I think he can bounce back," he said. Johnson's name and photo were conspicuous by their absence from his pamphlets.

According to a YouGov poll after Johnson was fined, almost 80% thought he had lied about parties, while other surveys show the public overwhelmingly think he should resign.

Johnson says he is focused on the major crises of the day - the highest inflation in three decades and the war in Ukraine.

In Crawley, a town south of London which has a Conservative member of parliament (MP) but whose council is evenly split, the issue was a key factor for some voters.

Terrina Joughin, 58, a live-in carer, who had to prevent family members from entering homes when her patients died of COVID, is disgusted. "I used to vote Conservative, I don't even vote at all now because I can't trust anyone," she said

Another Conservative voter Juliet Shenton, 61, also wants Johnson gone. "Are they lying to us about other things?" she asked?

The prime minister and his supporters will hope such discontent is not widespread, and he remains popular with some.

John Lathbury, 86, said he couldn't care less about parties and would continue to vote Conservative, while Merry Farr, 77, said "Boris" needed to stay and stand up to Russia.

The key question will be how bad results need to be for Conservative MPs, a number of whom have already voiced discontent, to turn on Johnson.

Elections are being held in local authorities across Wales and Scotland, and mainly in towns and metropolitan areas of England, including London which is already dominated by Labour.

Of almost 7,000 seats being contested, Labour are defending far more than the Conservatives in England.

An analysis by pollster Find Out Now and political consultancy Electoral Calculus suggested the Conservatives could lose some 800 council seats and Labour could gain control of about 20 councils including Newcastle-under-Lyme and Crawley.

A poor performance in local elections can presage the ousting of an unpopular prime minister. Johnson's predecessor Theresa May lost some 1,330 seats in May 2019 and in a month announced she would step down.

Academics Colin Rallings and Michael Thrasher say a loss of 350 Conservative seats would be bad for the Conservatives but losses might be limited by a lack of enthusiasm for Labour under leader Keir Starmer, whose own position could be under pressure if his party is seen to have underperformed.

"All he does is slag Boris off and jumps on any bandwagon,” said Jill Jordan, an antiques dealer in Newcastle-under-Lyme who previously voted Labour. "Starmer doesn't appear to have any ideas of his own. That is not leadership."
#Boris Johnson  #Coronavirus  #Johnson  #Covid
Add Comment