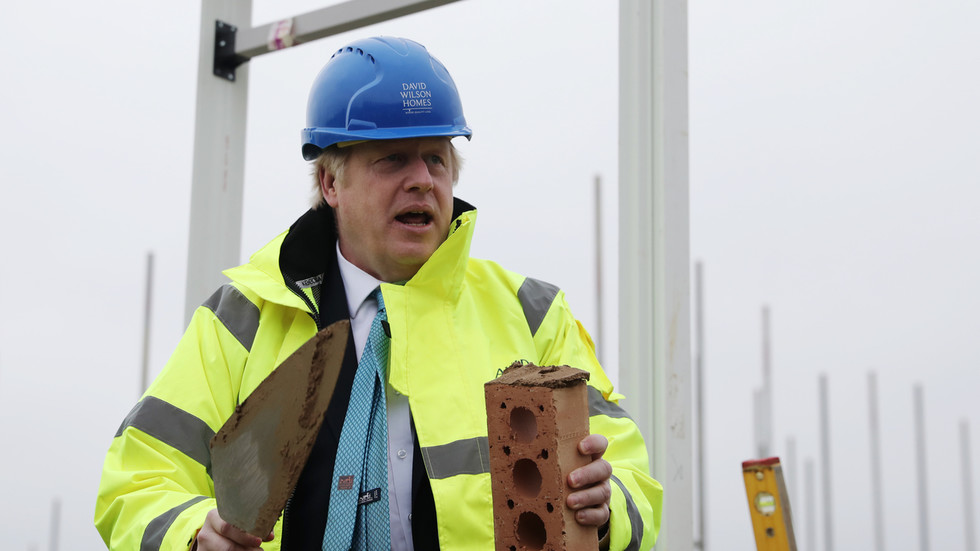 ‘Save the union’? Boris Johnson REALLY wants to build a billions-worth bridge to N. Ireland as critics scold ‘vanity project’

Boris Johnson is close to green-lighting the start of building a bridge between Scotland and Northern Ireland at a cost of £20bn, prompting accusations that the project is the UK PM's desperate attempt to save the union.

The hugely expensive project that has been described by one former offshore engineer from Edinburgh - James Duncan - as "about as feasible as building a bridge to the moon," looks set to be given the all clear to begin work.

#BorisJohnson announcing a new #borisbridge on #UKPunDay - surely he's having a "bridge too far" joke with us?https://t.co/DMvvVkmmFP

On Monday Johnson's spokesperson revealed that "work is underway" on the project, adding that: "It's an idea that the prime minister has expressed interest in in the past, and as he said at the time: 'watch this space'."

The idea, which many critics on social media have described as Johnson's "vanity project," has also faced warnings about unexploded bombs in the North Channel sea dropped after World War II.

Additionally, much of the the 20+ mile route has water at more than 1,000 feet deep, that could prove problematic.

There are a million tonnes of bombs dumped in Beaufort’s Dyke but ok https://t.co/9JcrYqpyUE

Some on Twitter joked that the Chinese would have the bridge built in a month, but "we'll take 32 years, approx." Others pointed to Johnson's failed 'Garden Bridge' project in London while mayor of the capital, that racked up more than £50m in costs without it even being built, as a sign things may get very ugly with this next venture.

How about starting with a Motorway directly from London to Edinburgh? Or maybe build an infrastructure like western Europe before attempting a #borisbridge. And there's no point building a bridge as NI will soon join Ireland.😂 pic.twitter.com/sLKyIaxFAQ

Gifs suggesting that this was nothing more than Johnson desperately scrabbling around for a way of keeping both Scotland and Northern Ireland part of the UK, were also tweeted.

The project -which is reportedly based on the Oresund Bridge, which connects Malmo in Sweden with Amager, a Danish island near Copenhagen -appears to contrast starkly with the world's longest bridge in terms of cost. Danyang–Kunshan Grand Bridge in China, which is 165 kilometers long, took 4 years to build at an impressive cost of just $8.5 million.

The idea of a new #Borisbridge #GardenBridge works for me. By the time it is built, Scotland will be independent and Ireland will be united (or even together in a new "Hibernia") and the English will have helped to pay for a bridge.