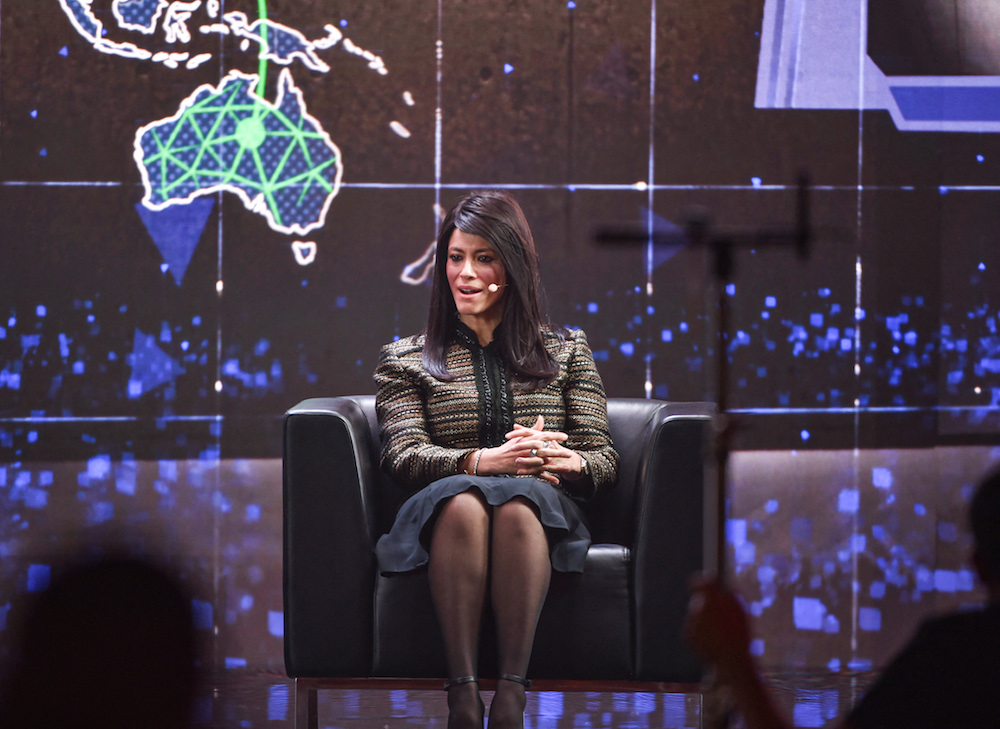 The Crown Prince of the Kingdom of Saudi Arabia Mohammed bin Salman is on a tour of the Middle East, where he will visit Egypt before continuing on to Jordan and Turkey. The upcoming visit's discussions will cover fields of economy, tourism and bilateral investment.

Arab News was granted an extensive interview with Egyptian Minister of International Cooperation Dr. Rania Al-Mashat, who described the relations between the two countries “a very strategic one.”

She said: “It’s a very old one. And every time there’s a summit, there’s always a sense of optimism and hope, and alignment when it comes to the debate on the future.”

She added that the visit is “extremely significant.”

Al-Mashat said: “The other point is, this visit is coming at a time when the global situation is very complicated. It’s very challenging. There are winners, there are losers. There are concerns that everybody is thinking about: The world’s economic growth, the world’s employment, the world’s inflation. So such a summit is one that I think involves a lot of anticipation. But, as happened with previous visits, there’s always outcomes which are very favorable for both nations.”

Egypt is president and host of the UN Climate Change Conference COP 27, which will be held in November. Al-Mashat said that Egypt, as host, will continue the goals laid out at last year’s COP 26 conference held in Scotland. “We want this COP to be one of implementation. There were many pledges made in Glasgow,” she says. 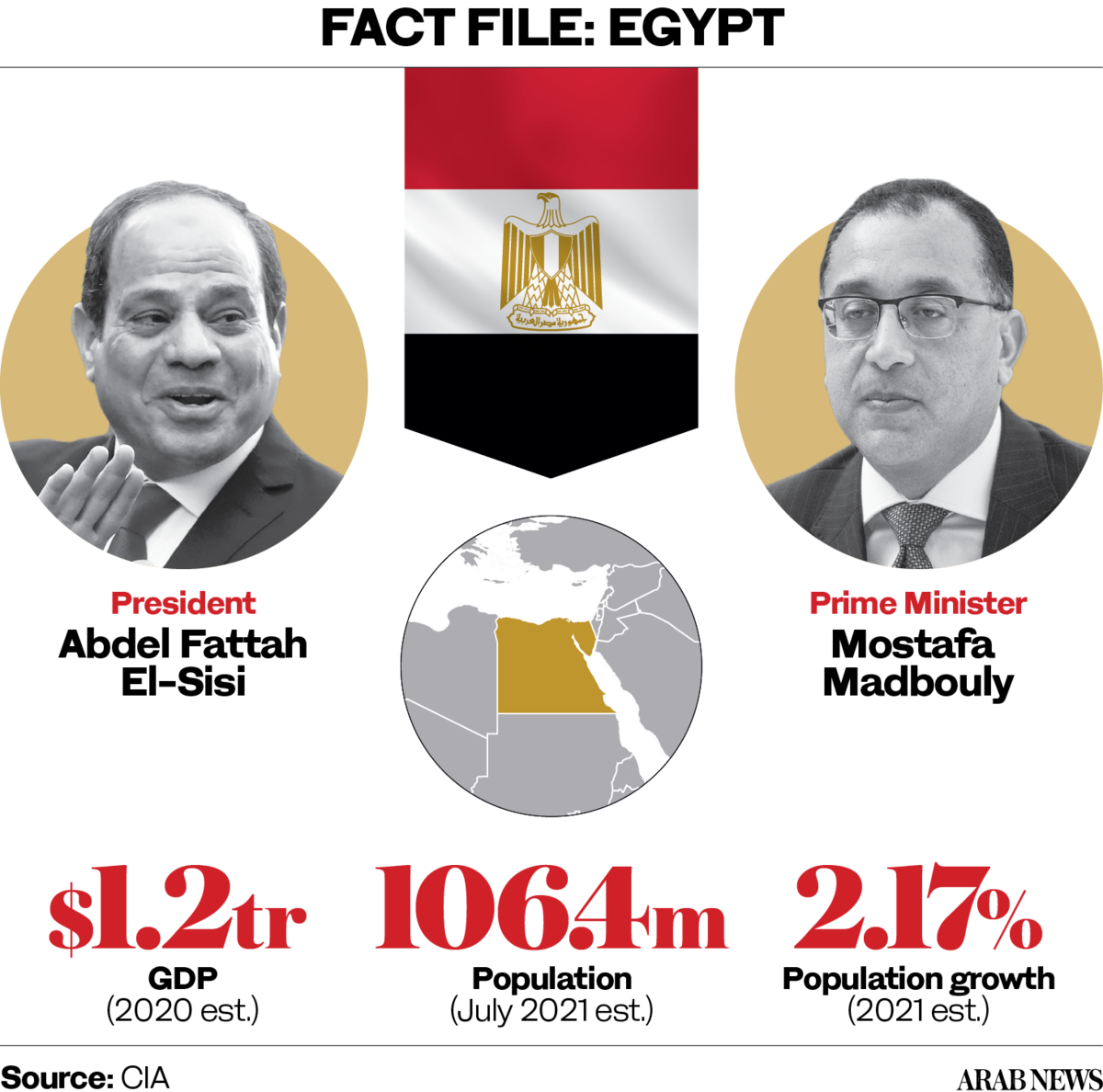 She added that there are three key items on the agenda: “First, of course, Egypt as president is impartial. But adaptation and resilience are extremely important. And this has become even more so with what’s happening globally, given what we’re seeing with respect to food security, and what we’re seeing with respect to how food is related to any vulnerability, including issues related to water. Egypt being in Africa, adaptation and resilience for Africa is quite significant. So that’s going to be an opportunity.”

COP 27 being presided over by an African country also holds great significance for Al-Mashat. “The voice of the (Global) south is more prominent in G20, as well as from Indonesia, another country from the south. So between the G20 and COP 27, two big nations, two voices, will speak on behalf of middle-income countries, on behalf of developing economies,” she said.

Al-Mashat added that the goal of the upcoming conference will be shifted from the making of pledges to implementation. “Implementation here includes how we can see all the commitments when it comes to financing, making their ways to investable projects in middle-income countries and low-income countries, in countries that are not just focusing on mitigation, but on adaptation, given the climate risks related to water scarcity and desertification, which is also a big risk for countries.”

On the topic of Gulf bilateral joint committees, Al-Mashat said that “there are discussions always around different types of strategic investments.

“So, what we saw during the months of March and April were directions in line with what Egypt wants to do when it comes to opening up the private sector more to foreign investments.”

Gulf investment in Egypt is a very strong sign of confidence, said Al-Mashat, adding that Gulf countries’ prioritization of diversification of the economy, purchasing power and technology is good news for the continual development of foreign investment in Egypt.

“Gulf investments are always looking for good opportunities, and it also opens the door for other investors. So it’s a very favorable step forward,” she said.

Arab tourists, especially those from Saudi Arabia and other Gulf nations, could also play a vital role in Egypt’s economy. The number of Russian and Ukrainian tourists — who make up 40 percent of beach holidaymakers in Egypt, according to the Ministry of Tourism — has declined since the start of the war in Ukraine.

However, Al-Mashat said that an “influx of tourists coming from Europe, other than Russia and Ukraine, has been extremely favorable and positive.”

As the world slowly recovers from the effects of the COVID-19 pandemic, “everybody wants to travel,” Al-Mashat added.

“Different countries have been seeing a surge, of course, relatively speaking to before, when it comes to tourism. On that front, there has been some mitigation of the impact of the Ukraine-Russia conflict,” she said, adding that markets other than Ukraine and Russia have helped alleviate the drop in the numbers of tourists.

Although the number of European tourists has been particularly high, Arab tourists in Egypt still play a big role, “particularly visitors from Saudi and from the Gulf, which will hopefully continue,” Al-Mashat added. 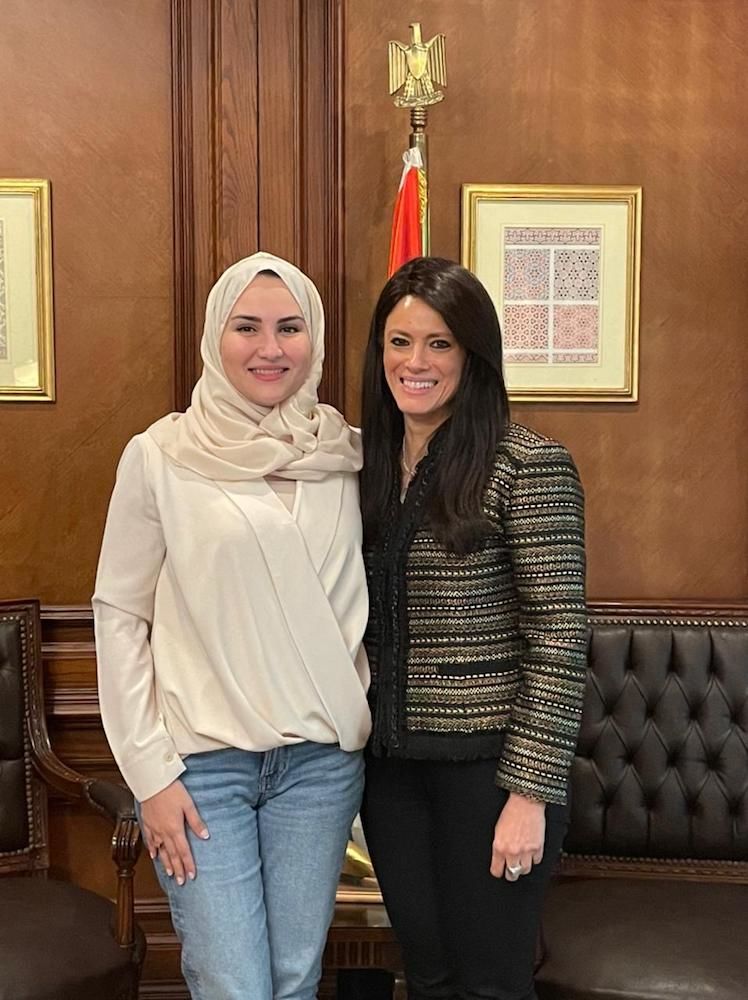 Arab News Assistant Editor in Chief Noor Nugali with the minister in Cairo.

Before the pandemic, Saudi Arabia ranked fifth in terms of numbers of tourists visiting Egypt. Being a female minister in the Arab world is no easy task.

However, Al-Mashat has gracefully climbed the ranks in leadership positions in distinguished economic institutions, first obtaining her master’s degree and Ph.D in economics from the University of Maryland, College Park.

She worked as the adviser to the chief economist of the IMF from 2016 to 2018, after which she became Egypt’s first female minister of tourism in January 2018. Her journey to becoming one of the most influential women in Egypt’s economy did not stop there, as she was appointed minister of international cooperation in December 2019.

As for the future, Al-Mashat said: “I don’t know what the next step is. But I know that in whatever one is doing, now, we try and address any challenges and any issues to always move forward in a positive manner, and try to accomplish and achieve this for both men and women.

“Have faith and stay positive and optimistic as much as possible, because each one of us has many who are looking up to them or trying to find strength in what they do. So we should not wane or feel beaten up, despite our world looking like a very tough place now.”