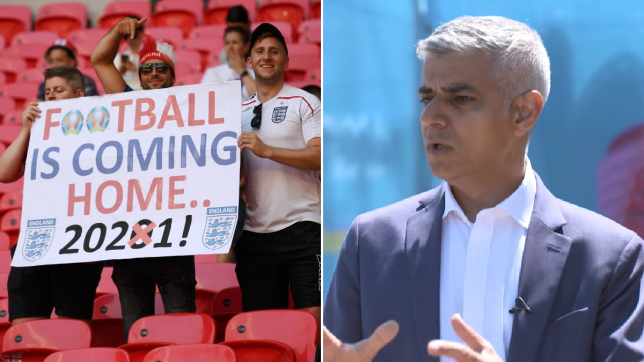 Mayor of London Sadiq Khan says he is pushing for the government to allow a sell-out crowd of 90,000 fans at Wembley for the final of Euro 2020 next month.

Despite ‘Freedom Day’ being delayed, Wembley is one of several venues granted test event status to host more than the government limit of 10,000 spectators, with 45,000 fans set to attend England’s last-16 clash at the home of football should they win their group.

Wembley will also be at half-capacity for both semi-finals of the tournament, though Khan is cautiously optimistic that the final will play host to the stadium’s maximum 90,000 supporters. 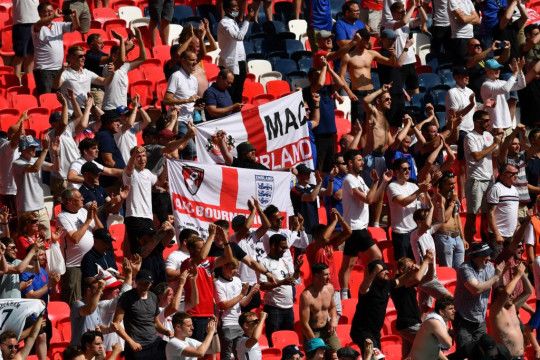 ‘So we’re working really closely with UEFA, the FA and the local council Brent to try to increase the number of fans allowed at Wembley,’ Khan told Gary Neville in an interview for Sky’s The Overlap show.

’22,500 is about a quarter of the capacity of 90,000. We’re hoping we can take that higher because you will be aware we’ve had really successful sporting events which have been piloted.

‘I think very few people, if any, have caught the virus because of going to one of the test events.

‘So what we’re saying to the government and the council is that it is possible to organise safe events with larger numbers of fans.

‘We’re hoping for the last 16 to double the 22,500, we’re in conversations with UEFA, the FA, the government and the council.

‘And I’m keeping my fingers crossed for the possibility of the final there being 90,000 at Wembley. It’s not impossible yet. If we make good progress we can get there. 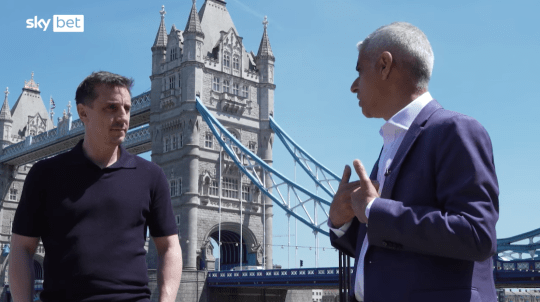 Although Wembley will have expanded crowds for the four knockout matches it will stage, England’s upcoming group games against Scotland and Czech Republic will still be limited to 22,500 supporters.

Wembley is not the only major sporting venue to be granted special dispensation to host more fans as part of the Events Research Programme (ERP), with Wimbledon also receiving good news this week.

The All England Club will be at 50% capacity for much of the Grand Slam, but both the men’s and women’s finals will be played in front of Centre Court’s full 14,979 capacity. The Challenge Cup final, Open golf championship and British Grand Prix are also set to be given test event status.