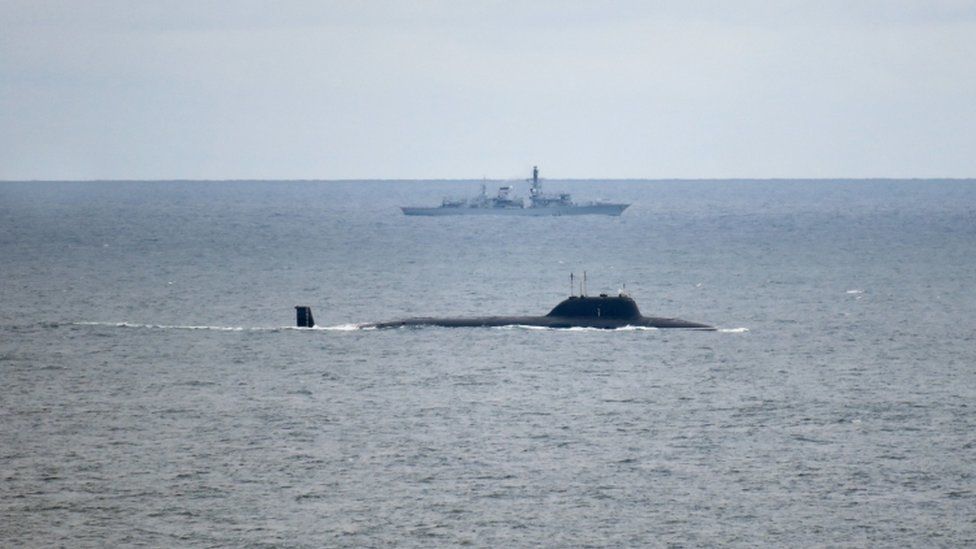 A Royal Navy warship has tracked two Russian submarines in the North Sea.

The Navy said it tracked the pair as they travelled underwater south along the Norwegian coast from the Arctic.

It comes as the UK's armed forces continue to train the Ukrainian military personnel.

HMS Portland reported on the movements of the Russian cruise missile submarine Severodvinsk and Akula-class attack submarine Vepr on Friday. 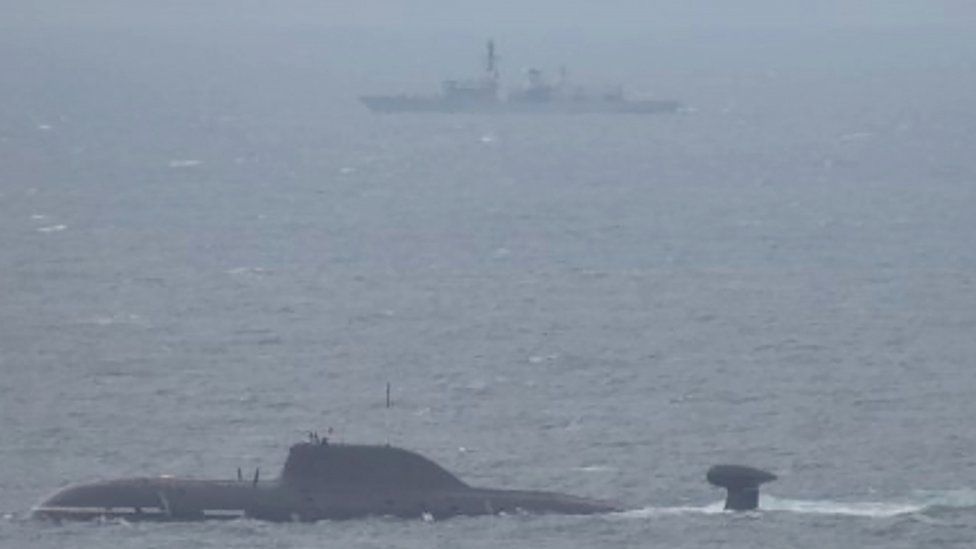 The Navy Type 23 frigate and its specialist Merlin helicopter are both equipped with cutting-edge sonars, sensors and torpedoes for submarine-hunting operations.

One of the RAF's new long-range maritime patrol aircraft, the P8 Poseidon, also worked closely with HMS Portland to "hunt and track" the submarines, said a Navy spokesman.

The Ministry of Defence (MoD) does not usually comment publicly on specific submarine hunting exercises and it comes as Royal Navy sailors are training Ukrainian navy personnel in operating two Sandown-class minehunters which are to be sold to Ukraine.

The mine-hunter training is part of a UK-led military training programme, involving more than 1,000 UK service personnel, aimed at getting volunteer recruits ready for frontline combat.

Based on the UK's basic soldier training, the course covers weapons handling, battlefield first aid, fieldcraft, patrol tactics and the laws around armed conflict, according to the MoD. 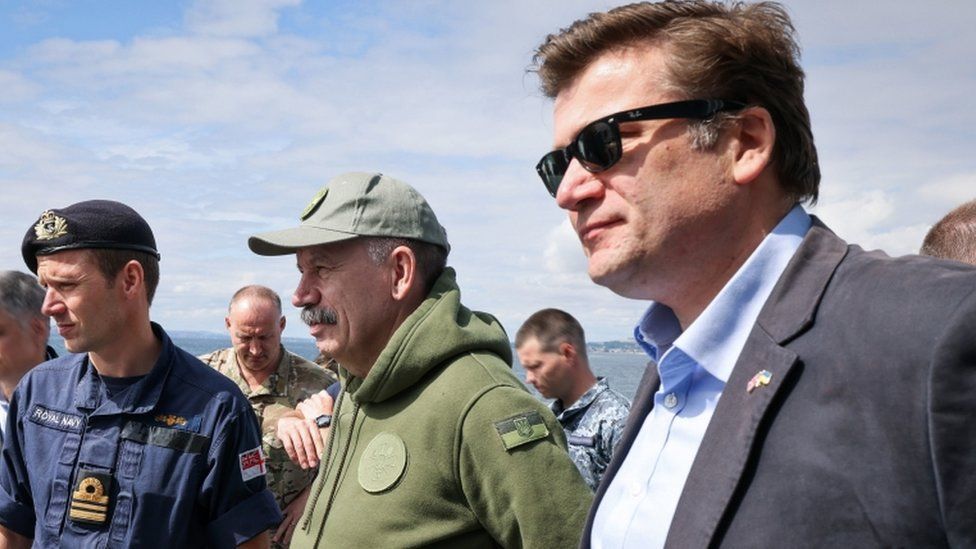 Introduced into the Royal Navy in the late 80s, the Sandown-class minehunters specialise in finding and neutralising mines in deep waters.

Mr Heappey said: "The intensity with which the Ukrainian soldiers and sailors are training is something to behold.

"They work with the focus of troops who know they'll be fighting in a war in just a few short weeks' time."