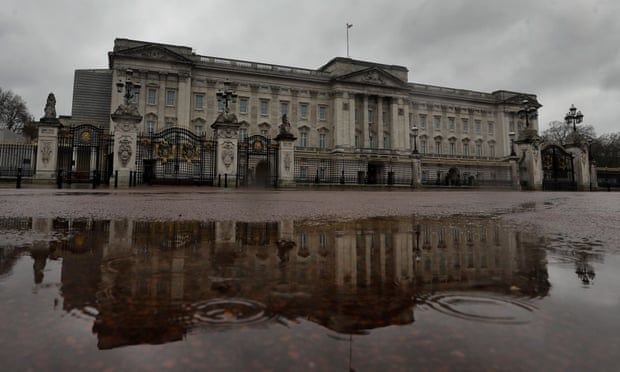 Buckingham Palace acknowledges ‘more needs to be done’ after reviewing policies and procedures
The royal family are considering appointing a diversity tsar under new plans to modernise the monarchy.

The move comes after Buckingham Palace conducted a review of policies, procedures and programmes currently in place and found that not enough progress had been made, with an acknowledgement that “more needs to be done”.

It comes after the Duke and Duchess of Sussex claimed in an explosive interview with Oprah Winfrey that a member of the family had made a racist comment about their son, Archie.

In the most shocking disclosure, Harry and Meghan described how someone within the household had asked about how dark the skin tone of their baby son would be – with Winfrey clarifying later that neither the Queen nor the Duke of Edinburgh were behind the remark. The allegation of racism within Buckingham Palace was one of several incendiary claims in the tell-all interview.

While the work being undertaken around diversity predates the couple’s interview, their comments will be taken on board as part of the process, it is understood.

As part of the drive encompassing Buckingham Palace, Clarence House and Kensington Palace, it is understood that aides will undertake a “listen and learn” exercise over the coming weeks, which will involve speaking to a range of businesses and individuals about how the monarchy can improve representation.

The move to improve diversity will include LGBTQ+ and disability representation and is said to have the full support of the royal family. It aims to seek independent views to help assess and improve representation.

A royal source said “This is an issue which has been taken very seriously across the royal households. We have the policies, the procedures and programmes in place but we haven’t seen the progress we would like and accept more needs to be done, we can always improve.

“Therefore we are not afraid to look at new ways of approaching it. The work to do this has been under way for some time now and comes with the full support of the family.”

On the potential appointment of a diversity chief, as first reported by the Mail on Sunday, the source added that it was something that had to be considered but it was too early for any firm plans to be announced. “We are listening and learning, to get this right,” the source said.

Buckingham Palace said in response to Harry and Meghan’s interview claims that the issues raised, particularly that of race, were “concerning”.

The statement followed two days of crisis talks among senior royals and palace aides over how best to handle the public fallout from the interview.

Buckingham Palace had no advance warning of what the couple had said before the broadcast on CBS, which was watched by more than 11 million UK viewers, taking its transatlantic audience to almost 30 million.

The couple’s allegations, particularly on race and mental health issues, led to calls for an investigation by the palace. The palace statement indicates the Queen favours private engagement with the couple as the best way forward.

A short statement issued on behalf of the Queen read: “The whole family is saddened to learn the full extent of how challenging the last few years have been for Harry and Meghan. The issues raised, particularly that of race, are concerning. While some recollections may vary, they are taken very seriously and will be addressed by the family privately.