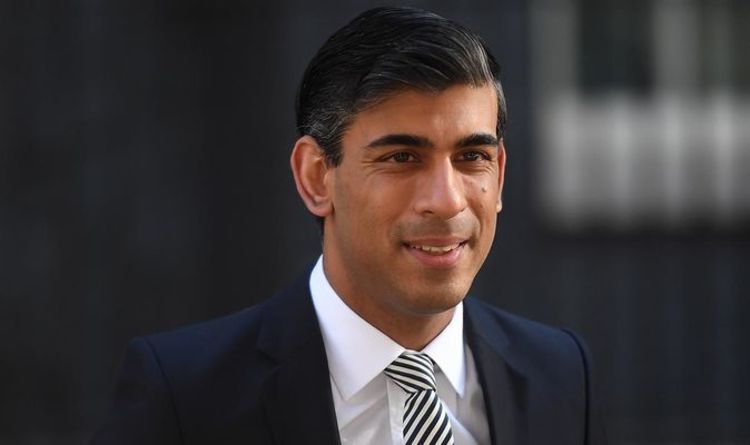 RISHI SUNAK made a surprising admission when asked whether he wants to become the next Prime Minister as he discussed how tired he has been during the pandemic.
Rishi Sunak explained he has been working night and day and had to give up his gym routine during lockdown but said life is slowly beginning to change. The Chancellor said that he's barely seen his family in the last two months and that he is very tired. He then went on to tell Times Radio about whether he has a desire to run for Prime Minister.

Mr Sunak said: "I've largely just been working night and day so I haven't had much time but I'm slowly getting back to normal.

"I am someone who goes to the gym and that sadly has been missing from my life in the last two months as well as not seeing my family really at all but that is slowly changing.

"I'm slowly trying to get my gym routine back and see my kids which is good."

Host Reya El-Salahi noted the Chancellor looked pretty tired on his media broadcast round on Thursday morning and whether that dampened his desire to become Prime Minister.

The Chancellor continued: "I don't have that desire!

"But I am tired, a lot of people are exhausting from working on the frontline."

Mr Sunak has since warned holidaymakers of the risk of travelling abroad during the coronavirus crisis amid concerns France may be the next nation to be added to the quarantine list.

He said on Friday that ministers will "not hesitate" in ordering travellers coming back from countries with high Covid-19 rates to isolate for 14 days, as Belgium, Andorra and The Bahamas lose their exempted status.

Travellers returning to the UK from those three nations from Saturday must enter quarantine, and there are fears those coming back from France could be next with cases there increasing.

Eurostar said it recorded an increase in passengers travelling on its trains from Brussels to London on Friday, beating the deadline.

Mr Sunak told Sky News: "It's a tricky situation. What I can say to people is we're in the midst of a global pandemic and that means there is always the risk of disruption to travel plans and people need to bear that in mind.

"It's the right thing for us to do to keep everything under review on a constant basis talking with our scientists, our medical advisers, and if we need to take action as you've seen overnight we will of course not hesitate to do that and we're doing that to protect people's health."

France's coronavirus rate has increased steadily in the past month to 13.2 new infections per 100,000 people, suggesting the spread is worse than in the UK, which has a rate of 8.4.

However, France still appears to be faring better than Belgium, which has seen its rate soar to 27.8. It also has a rate lower than Spain's when it was added to the restriction list at around 27.4.

Earlier Transport Secretary Grant Shapps said rising Covid-19 infection levels in Belgium, Andorra and The Bahamas meant they would be added to the quarantine list.

The measure will come into force in England, Scotland and Northern Ireland from 4am on Saturday after they were introduced in Wales from Friday.
#Coronavirus  #COVID-19  #Covid
Add Comment