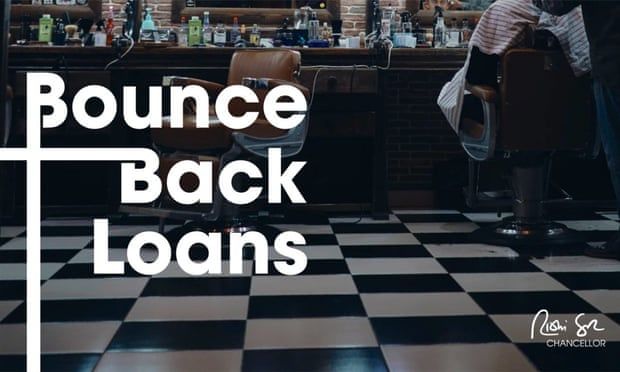 Questions over how Starling Bank handed out 15,000 Covid loans a month

Bounce-back lender criticised by ex-minister over fraud controls added almost 250,000 new accounts in pandemic, analysis shows
The online bank singled out by a former government minister over the effectiveness of its counter-fraud measures was “onboarding” an average of 15,000 new customers a month during the Covid crisis, according to analysis by the Observer.

Figures from Starling Bank’s last annual report show the eight-year-old lender has grown its business customer base from 87,000 before the pandemic to 330,000 business accounts as of last spring.

Banks are required by law to conduct rigorous checks on new customers in order to prevent fraud and money laundering.

Analysis of the bank’s annual report, confirmed with Starling, shows it took on up to 243,000 new customers – an average of more than 15,000 a month – between November 2019 and March 2021. This was despite having just 1,245 staff, only a portion of which would have been checking for potential problems.

The number of new accounts is much higher than for the UK’s biggest high street lenders. Sources at some of those banks confirmed they normally took on between 1,500 and 8,000 new business customers a month.

Starling said it had benefited from the Covid lockdown, when most major lenders closed their branches and were struggling to keep up with the demands of existing customers. The digital lender said its technology allowed it to onboard new customers, including those seeking government-backed Covid loans, at a pace that bigger banks relying on older technology would not have been able to manage.

But the volume of new customers, as well as the jump in loans Starling distributed during the pandemic, has raised questions about its ability to run proper checks.

Last month, the bank was accused by former minister Lord Agnew of failing to properly review borrowers before handing out taxpayer-backed loans, though Starling’s chief executive, Anne Boden, has since threatened it could take legal action against the Tory peer over what she said were “defamatory statements”.

Kevin Hollinrake, the chair of the all-parliamentary group for fair business banking, said Starling had questions to answer. “Public scrutiny should always accompany public money. Although I have yet to see any firm evidence of inappropriate lending, Starling must urgently answer very valid questions including its current and future default and fraud rates on government-backed loans,” he said.

Before the pandemic, Starling had only lent £23m, excluding loans bought from other companies. By June 2021, according to a company trading update, it had distributed £1.6bn worth of bounce-back loans. The scheme, introduced by the chancellor, Rishi Sunak, offered up to £50,000 per customer. The loans were distributed by high street banks, who charge interest – though at a reduced rate of 2.5% – in return for distributing the money, but the taxpayer is liable to refund 100% if customers default.

Each loan application had been checked for fraud flags, Starling said, and it claimed to have put in more controls than many of the other lenders, and more than were prescribed by the scheme. It said that, as an example, it automatically checked bounce-back applicants against the Companies House register, verifying the company formation date.
#Covid
Add Comment