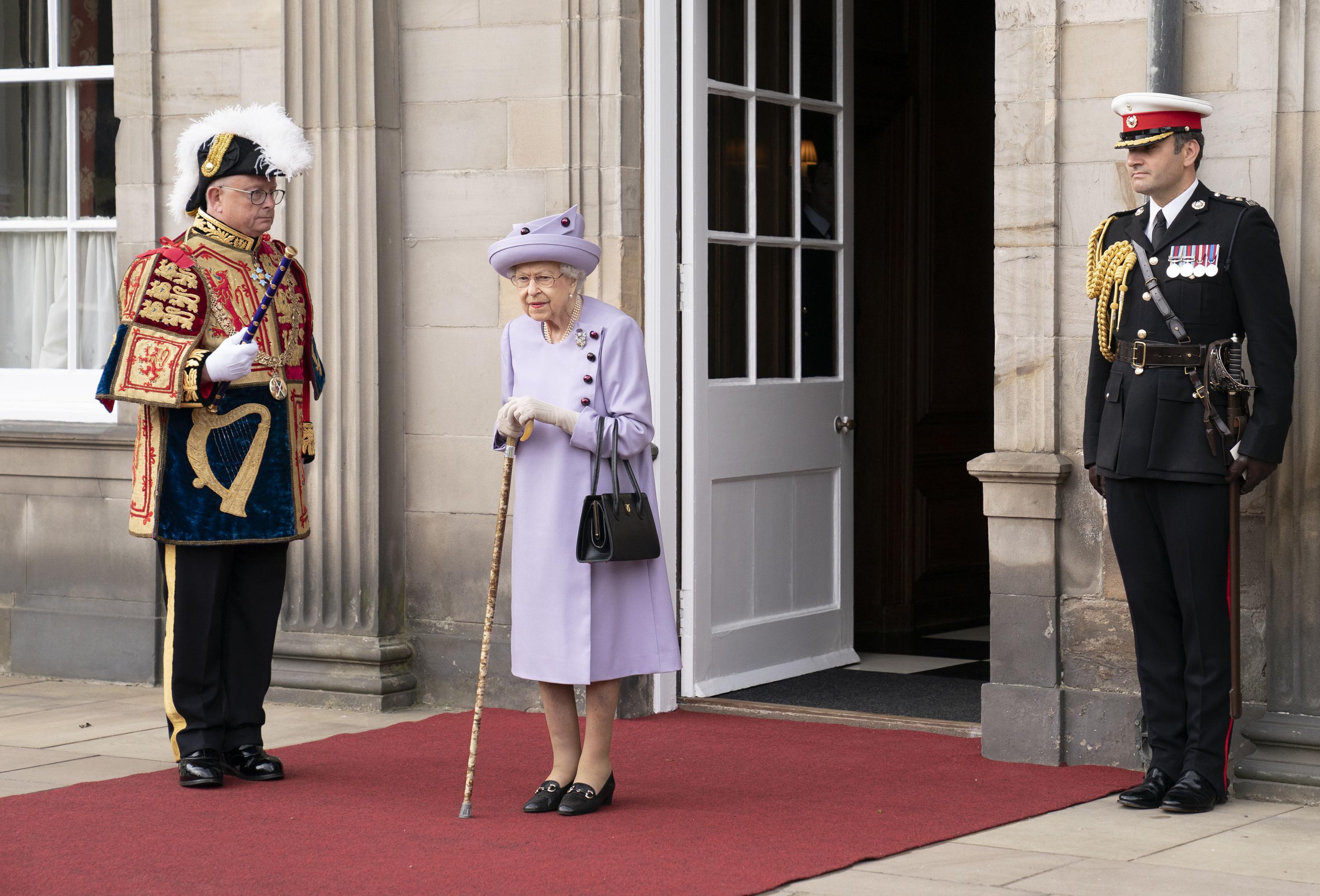 In a first, Queen Elizabeth II will remain in Scotland, where she is taking her summer break, to receive Britain’s outgoing Prime Minster Boris Johnson and his successor next week, royal officials said Wednesday.
The 96-year-old monarch traditionally holds audiences with outgoing and incoming prime ministers at Buckingham Palace, her official London residence. This will be the first time in her 70-year reign the monarch appoints a new prime minister away from Buckingham Palace.

Officials said Johnson will travel to Balmoral Castle, the queen’s summer holiday home in the Scottish Highlands, to formally tender his resignation on Tuesday. His replacement — either Foreign Secretary Liz Truss or former Treasury chief Rishi Sunak, the two finalists in the Conservative Party leadership race — will also make the trip on the same day and be asked by the queen to form a new government.

The queen, who celebrated her Platinum Jubilee this year, has been having mobility problems and has cancelled some engagements in recent months. She now regularly uses a walking stick.

Palace officials didn’t explain the new arrangement, but British media reported that the decision to have her remain in Scotland was made to provide certainty for the political handover.

Asked about the announcement, Johnson told reporters Wednesday: “I don’t talk about my conversations with the queen, no prime minister ever does. But I can tell you that we will certainly make sure that the arrangements for the handover will fit totally around her and whatever she wants.”

The queen has been served by 14 prime ministers during her reign, from Winston Churchill in the 1950s to Johnson. Formally appointing the premier is part of her duties as head of state.

The monarch moved to Windsor Castle, west of London, at the beginning of the coronavirus pandemic and now spends most of her time there.

Johnson announced his resignation in early July after mounting ethics scandals toppled his government. He has remained in place as caretaker prime minister until his Conservative Party announces his successor on Monday.
#Boris Johnson  #Coronavirus  #Johnson
Add Comment