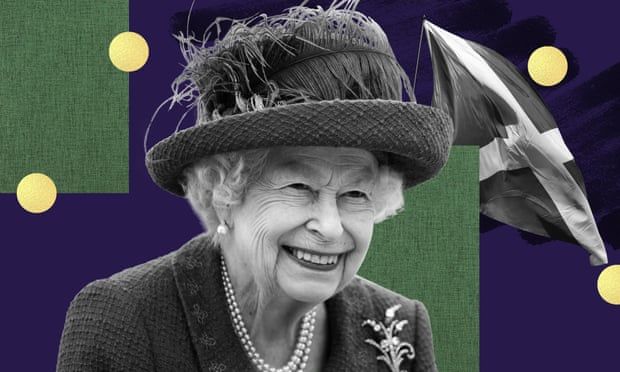 The exemption means the Queen, one of the largest landowners in Scotland, is the only person in the country not required to facilitate the construction of pipelines to heat buildings using renewable energy.

Her lawyers secured the dispensation from Scotland’s government five months ago by exploiting an obscure parliamentary procedure known as Queen’s consent, which gives the monarch advance sight of legislation.

The arcane parliamentary mechanism has been borrowed from Westminster, where it has existed as a custom since the 1700s.

In a series of reports into Queen’s consent in recent months, the Guardian revealed how the Queen repeatedly used her privileged access to draft laws to lobby ministers to change UK legislation to benefit her private interests or reflect her opinions between the late 1960s and the 1980s.

The new documents, uncovered by Lily Humphreys, a researcher for the Scottish Liberal Democrats using freedom of information laws, disclose how the monarch used her special access to Scottish legislation to intervene in the parliamentary process as recently as February.

The documents also suggest Nicola Sturgeon’s government failed to disclose the monarch’s lobbying this year when a Scottish politician used a parliamentary debate to query why the Queen was securing an exemption from the green energy bill.

The move appears at odds with the royal family’s public commitment to tackling the climate crisis, with Prince William recently joining his father, Charles, in campaigning to cut emissions and protect the planet.

Sturgeon’s government heralded the bill as a key piece of legislation to combat the climate emergency. It said the law, known as the heat networks bill, would help cut emissions, reduce fuel poverty and create green jobs.

The legislation enabled the construction of pipelines to heat clusters of homes and businesses using renewable energy, rather than from separate fossil fuel boilers.

On 12 January, John Somers, Sturgeon’s principal private secretary, wrote to Sir Edward Young, the Queen’s most senior aide, asking for her consent to the heat networks bill. In his letter, Somers said it would allow companies and public authorities to compulsorily buy land from landowners.

On 3 February, officials working for Paul Wheelhouse, the then energy minister, recorded that the Queen’s lawyers raised concerns about the bill. They also recorded he had agreed to alter the bill, noting the “minister agreed to proposed amendment that would addressed [sic] concerns from Queen’s solicitors”. This had been done in relation to the Queen’s consent process.

On 17 February, a courtier told the Scottish government the Queen had given her consent to allow the bill to be passed. 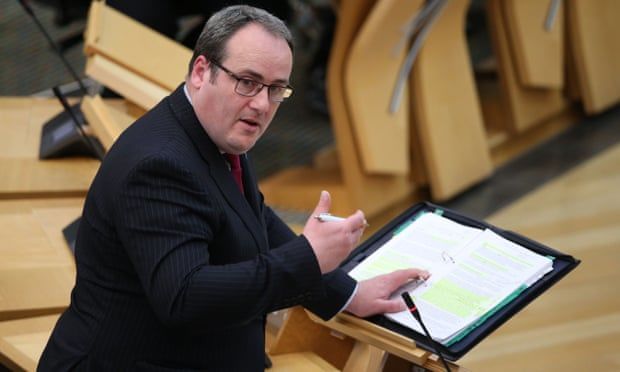 Five days later, when MSPs debated the bill, Wheelhouse put forward an amendment that applied only to land privately owned by the Queen. It specifically prevents companies and public authorities from compelling the Queen to sell pieces of her land to enable the green energy pipelines to be built.

Buckingham Palace says Queen’s consent, a process requiring ministers to notify lawyers when a proposed bill might affect her public powers or private interests, is a “purely formal” part of the parliamentary process.

However, there are increasing examples where the Queen has taken advantage of her consent privileges to require changes before she formally consents to the law proceeding through parliament. That appears to have occurred on this occasion in Scotland, where the procedure – known as crown consent – operates in the same way.

During the debate over the parliamentary bill, Andy Wightman, then an independent MSP, objected to the amendment, arguing it was wrong to single out the Queen for preferential treatment.

Wheelhouse responded that the amendment was “required to ensure the smooth passage of the bill”. However, he did not disclose that the Queen’s lawyers had lobbied for the change. The amendment was passed with Wightman and a handful of other MSPs opposing it.

After being informed about the new documents, Wightman said he was “shocked to discover that the amendment was put in place in order to secure Queen’s consent. That should have been stated in the debate.

“If changes are being requested in order to secure Queen’s consent, people should be told about that and it appears in this case we were not told.”

Unlike the better-known procedure of royal assent, a formality that brings a bill into law, Queen’s consent gives the monarch a mechanism to covertly meddle with proposed UK laws without the public knowing about her intervention.

Revelations earlier this year about how the Queen had vetted draft laws before they were approved by the UK’s elected representatives prompted more than 65,000 people to call for an inquiry into the “unfathomable” process.

Adam Tucker, a senior lecturer in constitutional law at the University of Liverpool, said disclosures made it plain the process was more than a mere formality and “should prompt grave concerns about the practice’s continued existence”.

Willie Rennie, who stood down recently as leader of the Scottish Liberal Democrats, said the documents raised concerns about “secret doors” made available to the monarch to change laws. “Others who lobby for changes have to declare it,” he said. “That should be true for everyone.”

Rennie added: “The Queen rightly does not express her views publicly and does so privately with the prime minister and first minister. However, this is different. It’s about the interests of the head of state’s assets and direct interests. Any of these communications should be notified publicly and openly so we can judge for ourselves.”

A Buckingham Palace spokesperson said: “The royal household can be consulted on bills in order to ensure the technical accuracy and consistency of the application of the bill to the crown, a complex legal principle governed by statute and common law. This process does not change the nature of any such bill.”

Wheelhouse, who lost his seat at the last election, said: “I led several bills in my time and these sort of exemptions for the Queen’s interests are sometimes required as a necessary step.”

The Scottish government did not answer questions about the number of bills that provided special exemptions for the Queen, or whether greater transparency was needed.

In a short statement, a spokesperson said: “Scottish government policy is that the crown should be subject to regulatory requirements on the same basis as everyone else, unless there is a legitimate reason for an exemption or variation. However, crown consent is required by law if a bill impacts the private property or interests of the sovereign – and that is what happened in this case.”