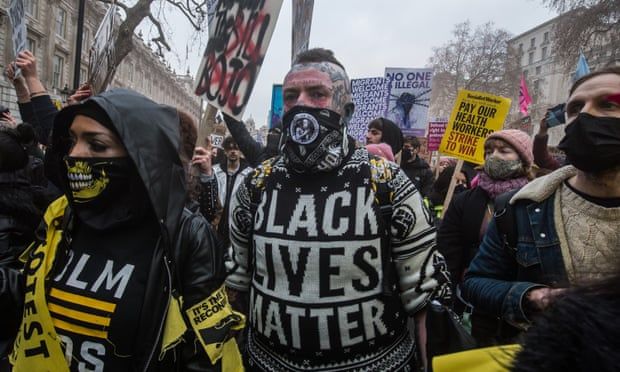 Queen’s platinum jubilee: the royals must span the social divides

Brexit, Covid and Black Lives Matter have highlighted divisions in society. But we have more in common than we sometimes realise
In fragmented times, there is a public appetite for things that can bring us together. The jubilee is seen as the most important event of the year, ahead of the football World Cup, though that vote of confidence in the monarchy comes with future challenges. Support is rock-solid among older people in England’s home counties but only a minority of those in Scotland, of ethnic minority Britain and of the youngest adults are in favour.

The monarchy should resist all attempts to turn it into a symbol of tradition to see off “woke” younger generations – and instead respond to the public appetite for a Crown that bridges divides. In this year of welcoming, the royal estates should be part of Homes for Ukraine, celebrating both hosts and guests, and how those welcomed to Britain from Hong Kong and Afghanistan today, join new Britons from Uganda, Zimbabwe and Vietnam over the decades.

It feels as if half a century of change has been packed into the volatile decade since the last jubilee summer - the diamond and, indeed, Olympic summer of 2012. Brexit, Covid and the Black Lives Matter protests all illuminated social divides and brought previously unknown words into the public conversation. The past decade has been one in which many of us realised that Britain was more divided, anxious and fragmented than any of us would want – yet perhaps not as divided as we had told ourselves.

When it comes to the “culture wars”, Covid showed why Britain is not the US. While in the US, choosing to wear a face mask or not became like strapping your presidential ballot paper to your face, here the pandemic generated the broadest social consensus on any contested issue in decades. That earlier sense of unity has since fragmented, as anger with rule-breaking at the top combines with anxiety about the rising cost of living.

It is also a decade since British Future launched – to make our contribution to a more inclusive Britain. Tracking attitudes since 2012 picks up some dramatic shifts. There has been a 30-point swing towards seeing immigration as positive rather than damaging for economic recovery – a view held by 53% to 23%, a direct reversal of the 24% to 55% finding in 2012. The prominence of NHS workers during the pandemic helped drive a net 42-point rise in seeing immigration as good for the NHS.

There is more confidence about the positive contribution of ethnic diversity, too. Today, 72% say that having a wide variety of backgrounds and cultures is part of British culture, while 28% believe it can undermine British culture. That question split the public down the middle a decade ago. If political discourse can lag behind these shifts, the findings show the risks for politicians, on both right or left, who don’t realise that the appetite for culture wars is very much a minority sport. There are identity divides to bridge, but more common ground than is sometimes recognised.

Asked to do the impossible and look 10 years ahead, this “wisdom of crowds” method throws up some interesting predictions. Two-thirds of people think that the rather disunited UK will remain intact (though the majority is slimmer in Scotland), but most people don’t expect a licence-fee funded BBC to survive in its current form. Two-thirds of people think Britain will still be arguing with France over Brexit in 2032, and we are split down the middle on whether Covid will still be blighting our lives. There is consensus that climate change will be taken seriously, but scepticism that “levelling up” will have made a difference.

So Britain heads into the jubilee with a mixture of hopes and fears. Pessimism about economic pressures dominates public perceptions today. That the dramatic volatility of the last decade did not derail our society should be grounds for confidence that we can face this uncertain future with a resilience that can get us through.
#Afghanistan  #Covid
Add Comment