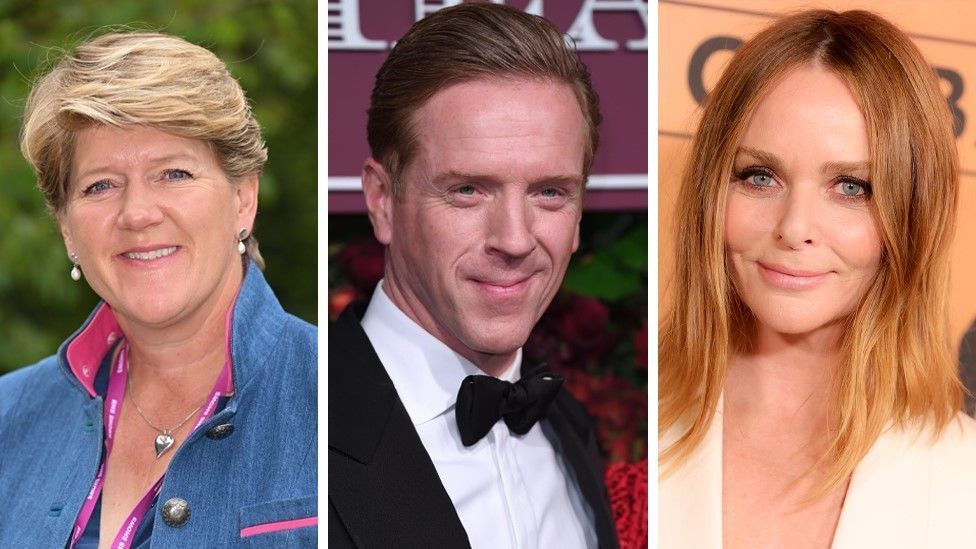 Actor Damian Lewis has been made a CBE, former Northern Ireland first minister Arlene Foster a dame and crime writer Ian Rankin has been knighted on the Queen's Birthday Honours list.

The honours usually coincide with the Queen's birthday but this year also mark the 70th anniversary of her reign.

They have been announced on the eve of the Platinum Jubilee weekend and come two weeks ahead of her official birthday.

The oldest recipient is Angela Redgrave, 104, the founder and principal of the Bristol School of Dancing. Like the Queen, she has dedicated 70 years to public service. She gets a British Empire Medal (BEM).

The same award is given to the youngest people getting honours - 11-year-old twins Elena and Ruben Evans-Guillen from Warrington, who have raised nearly £50,000 for NHS charities over the past three years. The BEM is for "hands-on" service to a local community.

More than 100 medical staff and charity workers have been recognised for their work during the Covid-19 pandemic.

Sir Quentin, perhaps best known for his illustrations of Roald Dahl's children's books, said it was "an enormous privilege" to join the Companions of Honour - membership is limited to 65 people.

The 89-year-old said: "It is also of special interest to me because it is not, unlike so many awards, just a medal that is pinned on you." 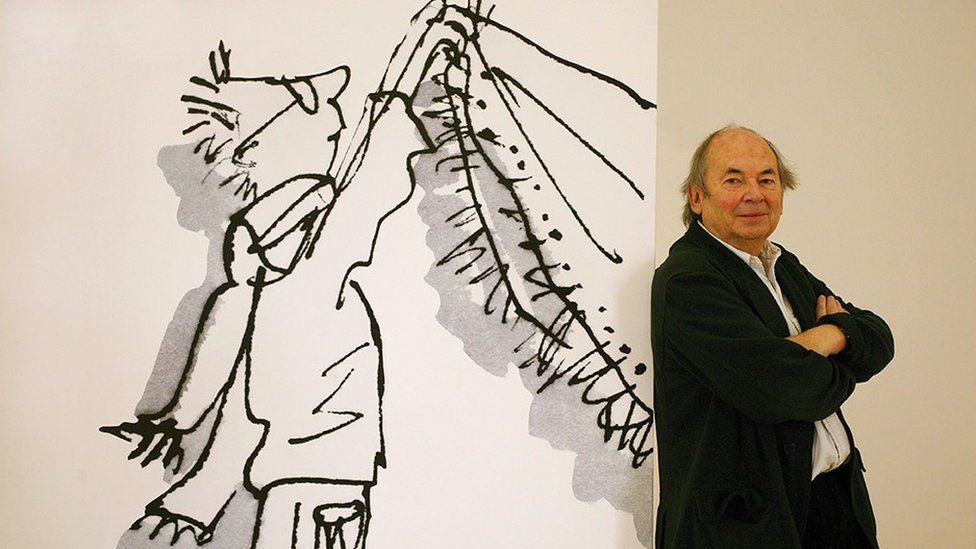 Sir Quentin Blake said the award was a privilege

Sir Salman, 74, who joins the likes of Dame Judi Dench and Sir David Attenborough among the 65 members, said: "It's a privilege to be included in such illustrious company, both past and present."

Dame Arlene, former leader of the DUP and the first woman appointed first minister in Northern Ireland, said being made a dame was "an honour for Fermanagh and South Tyrone, the place which I love and which I represented for 18 years, and indeed for the whole of Northern Ireland".

Award-winning Scottish author Sir Ian is perhaps best known for his Detective Inspector Rebus books, set in and around Edinburgh.

He said it was "amazing to be honoured in this way", adding: "It may not make writing my next book any easier but it is gratifying to be recognised both for my crime novels and the work I do for charity.

"I'm not sure what Detective Inspector John Rebus would make of it - he'd almost certainly tell me not to get too big-headed. I'll do my best, while pouring a glass of something refreshing." 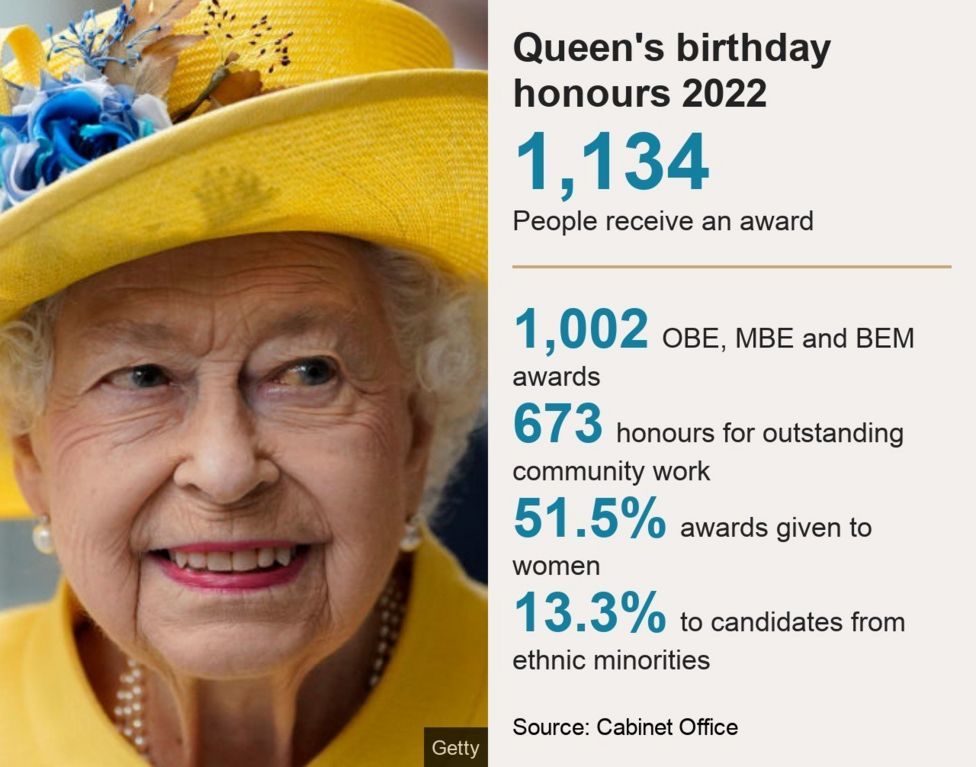 Lewis's CBE is partly for his services to drama - but also recognises his charity work.

Along with his late wife, the actress Helen McCrory, he launched Feed NHS - a campaign to raise £1m for meals for NHS workers during the coronavirus pandemic.

The Homeland, Band of Brothers and Billions actor had been made an OBE in 2014.

Lewis said it was a "great honour" to have been awarded a CBE for his acting and charity work, adding that he was "thrilled". 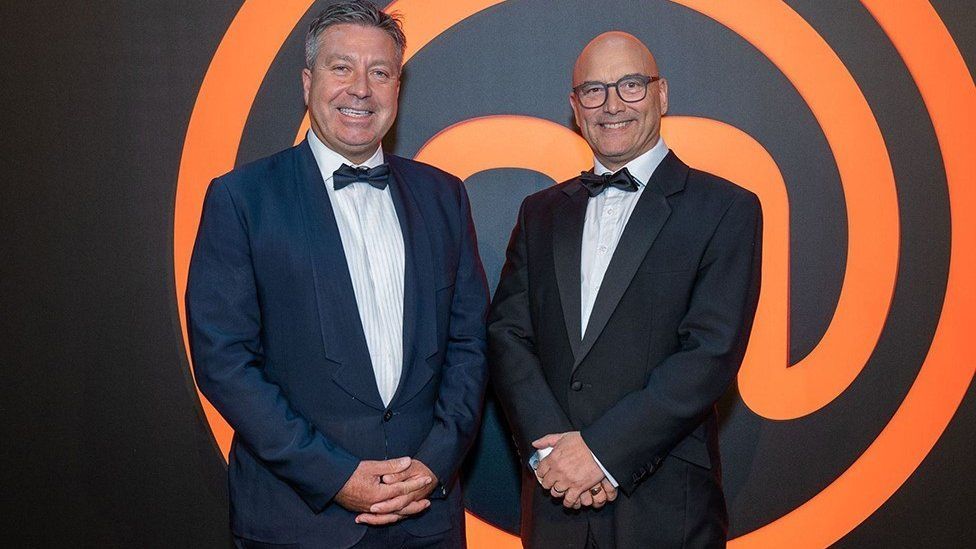 Australian chef Torode said he was thrilled and humbled.

Wallace, who began his career in the Covent Garden fruit and vegetable market, said: "From a council estate in Peckham to being recognised by the Queen is for me something akin to a fairy tale story. I am incredibly, incredibly proud."

Also in the world of food, US-born chef Ken Hom becomes an honorary CBE on the Foreign Office's list.

Sports presenter Balding said she saw her "prestigious honour" as "a reflection of how much people care about sport".

"There is still a long way to go in the promotion of women's sport and Paralympic sport and I want to keep spreading the message that we can learn so much from the way athletes recover from setbacks, maintain their patience and work together in a team," she said. 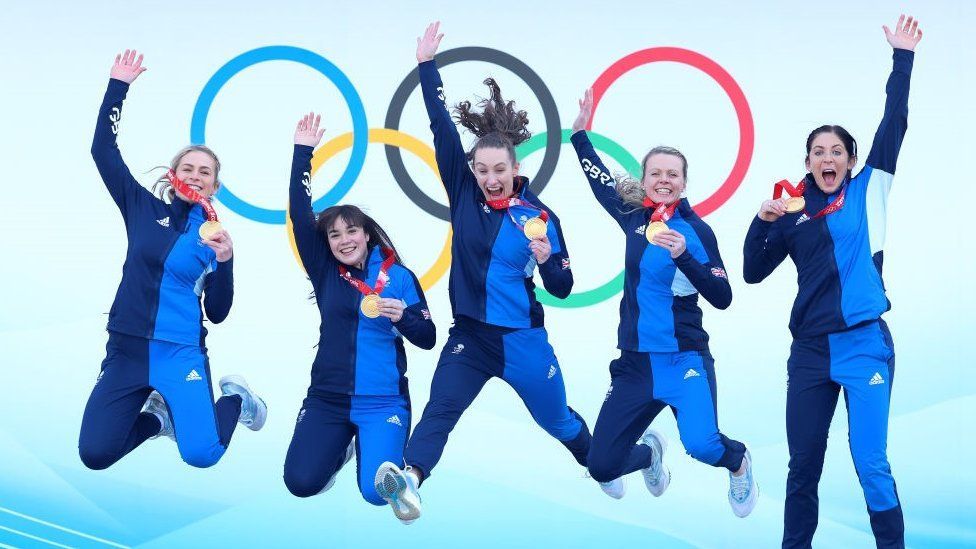 The five members of the women's curling squad that won Team GB its only gold of the Winter Olympic Games in February all receive honours. 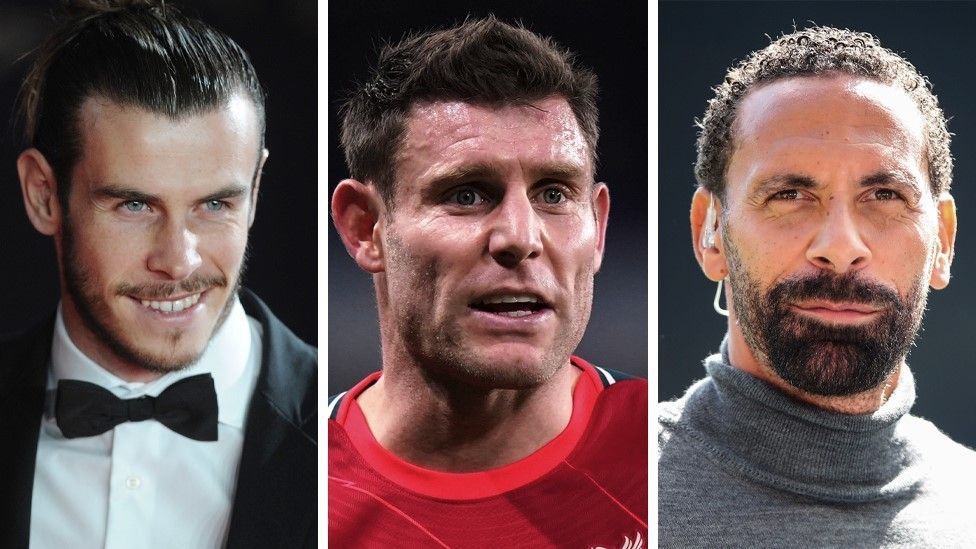 Also in the world of sport, ex-Manchester United defender Rio Ferdinand - who set up a youth and community development charity - is made an OBE.

Welsh international Gareth Bale - who has just left Real Madrid - is made an MBE for services to football and charity, as is Liverpool midfielder James Milner.

Cricketer Moeen Ali, who is made an OBE, said it was an honour, adding: "More than anything, I know it makes my parents happy."

Former world snooker champions Mark Selby and Judd Trump have each been made an MBE for services to the sport and charity. 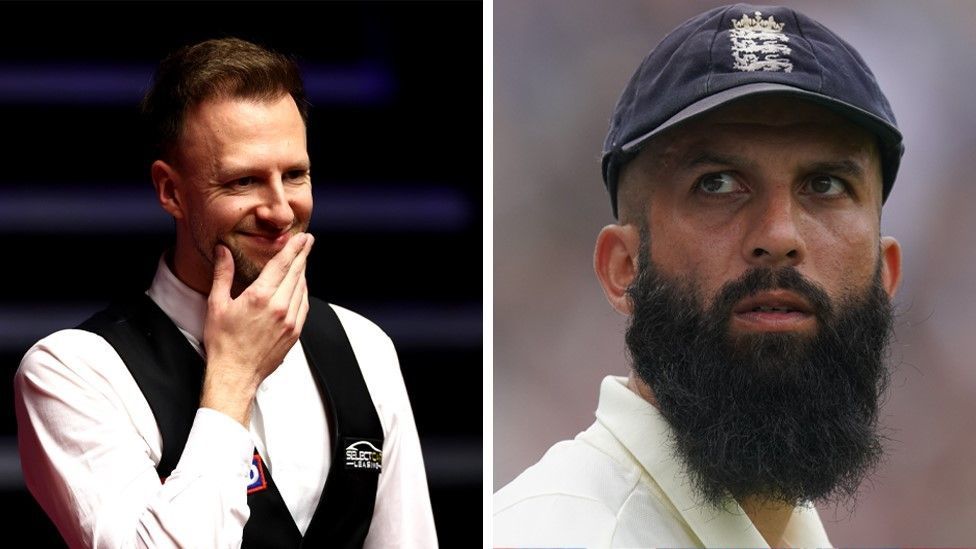 Judd Trump and Moeen Ali receive awards in the list

Beijing Paralympic super-G skier Neil Simpson and his guide and brother, Andrew Simpson, are made MBEs after winning gold. Neil and Lora Fachie, a married couple who won para-cycling golds in Tokyo last summer, each become an OBE.

Army officer Captain Harpreet Kaur Chandi, thought to be the first woman of colour to complete a solo and unsupported expedition across Antarctica, becomes an MBE.

She said: "It feels incredible. I didn't think someone like me could get this. I'm honoured."

Prime Minister Boris Johnson said the honours conferred by the Queen reflected "many of the qualities" she possesses, and were for people "from all different walks of life" who helped communities across the UK.

Dame Deborah James was given a damehood in May and does not appear on the list as her title was bestowed outside of the usual twice-yearly system for honours, which can be done in exceptional circumstances.

What is the honours system?

*  They are used to thank volunteers, entrepreneurs, innovators, those who display "moral courage", people who make a difference in their community and those who help improve others' lives

*  Honours are usually announced twice a year, at new year and for the Queen's official birthday

There are knighthoods for Victoria and Albert Museum chairman Nicholas Coleridge and artist and filmmaker Isaac Julien.

They all became familiar faces to the public after appearing at the Downing Street coronavirus briefings. 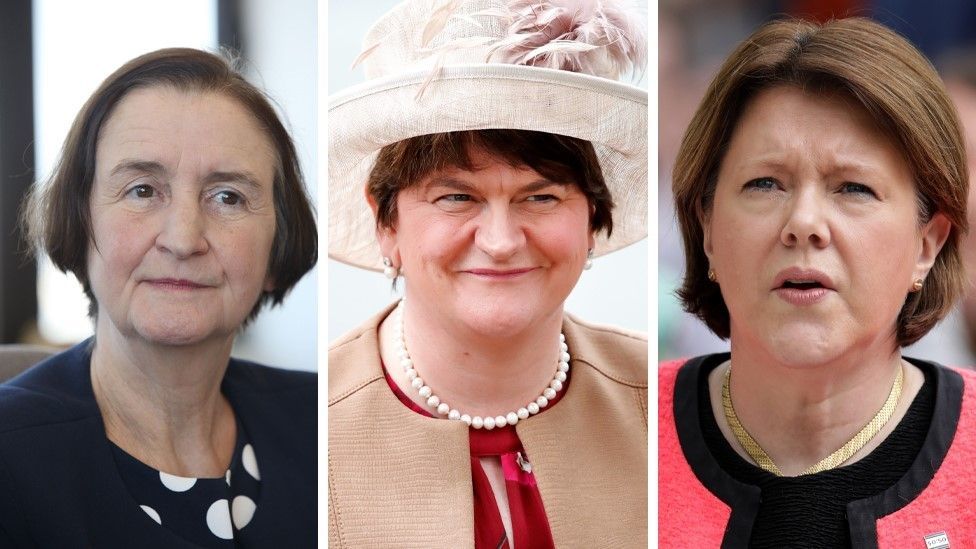 Nia Griffith, Arlene Foster and Maria Miller are all made dames

Among the honours for political service, Tory MP Jeremy Wright, the former attorney general who this week joined calls for the prime minister to quit, and Labour MP Stephen Timms, a former Treasury chief secretary, are knighted. Labour MP Nia Griffith and Conservative MP Maria Miller, a former culture secretary, are made dames.

Former sports minister Tracey Crouch is made a CBE for her work on a fan-led review into football.

Writer Dame Marina Warner is the third Companion of Honour named on the list.

Ann Limb, the first female and openly gay chair of the Scouts, is made a dame - and said it was "huge" for young people to see leaders from LGBTQ+ communities.

And six UK government officials who worked on evacuations from Afghanistan prompted by the Taliban takeover last year also make the honours list. 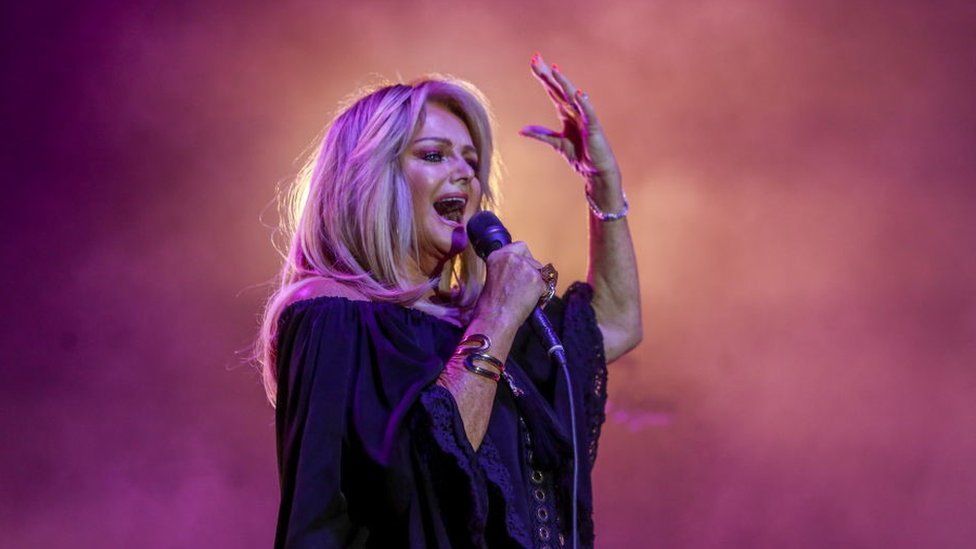 Bonnie Tyler said she hoped her award could inspire others

There are awards for Birds of a Feather actress Pauline Quirke and Total Eclipse of the Heart singer Bonnie Tyler - who both become MBEs.

Tyler said she was "truly honoured" and added she was "just a girl from a small town in Wales who just loves to sing".

"I hope that my honour may in some small way motivate others to give their best, you really never know what wonderful things may come to you if you do," she said. 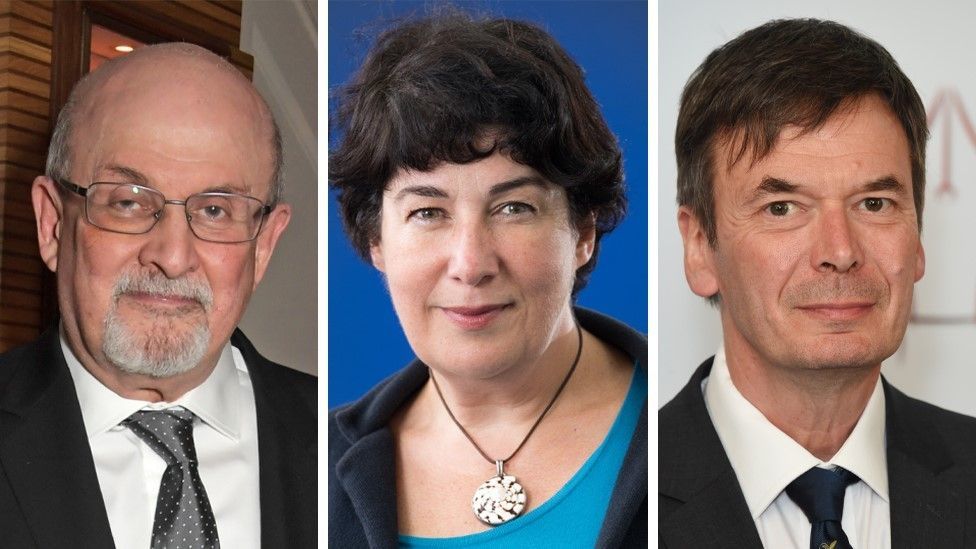 Elsewhere in the arts, author Joanne Harris becomes an OBE for services to literature, while the same honour goes to screenwriter and playwright Heidi Thomas, who adapted Call the Midwife from the original books.

She said her medal would be going "straight on the mantelpiece" in Nonnatus House, the fictional convent in her hit TV show. 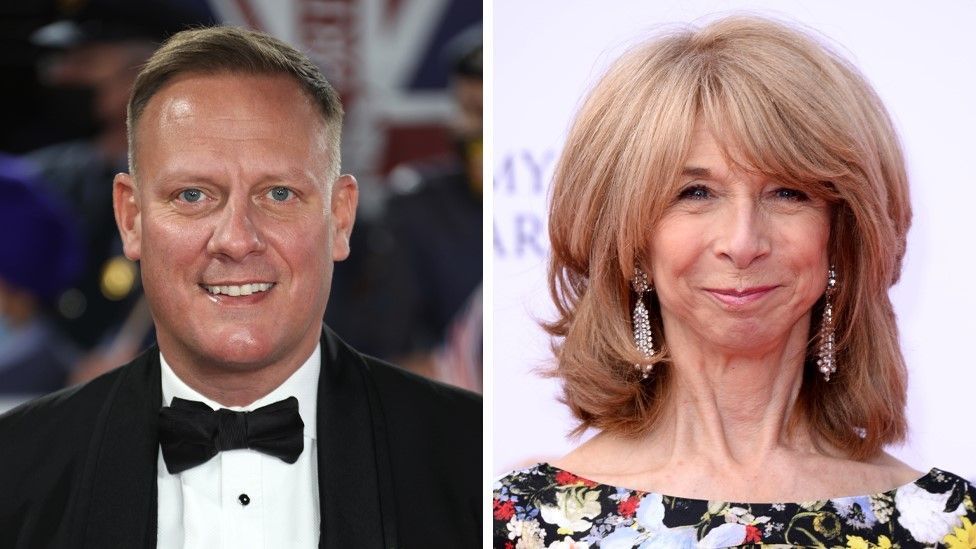 Coronation Street stars Antony Cotton and Helen Worth both get honours

Coronation Street actor Antony Cotton is made an MBE for his charity work with the armed forces, which he became involved in when friends were serving in Afghanistan.

His co-star Helen Worth - who has played the role of Gail Platt in the ITV soap since 1974 - is also made an MBE.

*  Companion of Honour - Limited to 65 people. Recipients wear the initials CH after their name

*  CBE - Commander of the Order of the British Empire

*  OBE - Officer of the Order of the British Empire

*  MBE - Member of the Order of the British Empire