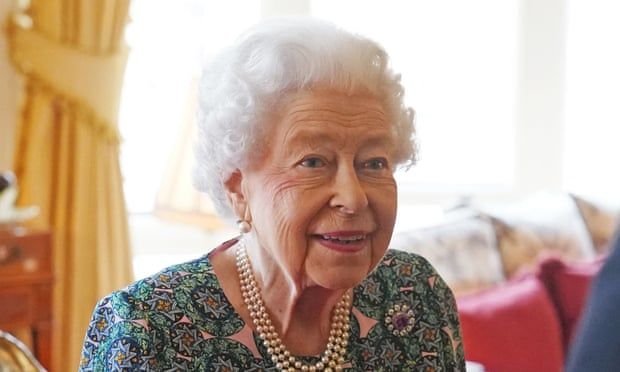 A Buckingham Palace spokesperson said: “As Her Majesty is still experiencing mild cold-like symptoms she has decided not to undertake her planned virtual engagements today, but will continue with light duties.’’

It is understood further engagements over the coming week will be decided upon nearer the time.

The 95-year-old monarch has been self-isolating at Windsor Castle after testing positive on Sunday.

She had virtual audiences planned for Tuesday. The palace said she would still continue with light duties, but it understood further engagements over the coming week would be decided on nearer the time.

Her diary for this week includes a telephone audience with Boris Johnson on Wednesday. Concerns for the monarch have been heightened given her age and recent health scare.

Earlier this week, the prime minister, who has announced the lifting of Covid restrictions, sent her a get well soon message in the Commons, saying her diagnosis was “a reminder that this virus has not gone away”.

The Queen has continued with her head of state duties, sending a message of condolence on Monday to the Brazilian president over the “tragic loss of life and destruction caused by the terrible floods in Brazil”.

Her diagnosis followed a string of cases among the royal family, with the Prince of Wales meeting his mother in the week he tested positive, and the Duchess of Cornwall also isolating after contracting the virus.

The royal household has its own physicians and the Queen’s doctors will be on hand to take care of and monitor the head of state, with Prof Sir Huw Thomas, head of the medical household and physician to the Queen, expected to be in charge.

She has a number of major engagements coming up next month. She is expected to host the diplomatic reception on 2 March, where she will meet hundreds of members of the Diplomatic Corps at Windsor.

She is also due to attend the Commonwealth Service at Westminster Abbey on 14 March and then the Duke of Edinburgh’s memorial service, also at the Abbey, on 29 March.

The Queen is believed to be triple-vaccinated. Until recently she had been on doctors’ orders to rest since mid-October, after cancelling a run of engagements and spending a night in hospital undergoing preliminary tests.

She regularly uses a walking stick and has been pictured recently looking frail. She has spoken of her mobility issues, telling two senior military officers during a Windsor Castle audience last week: “Well, as you can see, I can’t move.”

The Queen, whose husband, the Duke of Edinburgh, died last April, spent much of the pandemic in the safety of the Berkshire royal residence, protected in “HMS Bubble”, the nickname given to her reduced household of dedicated staff.
#Boris Johnson  #Johnson  #Covid
Add Comment