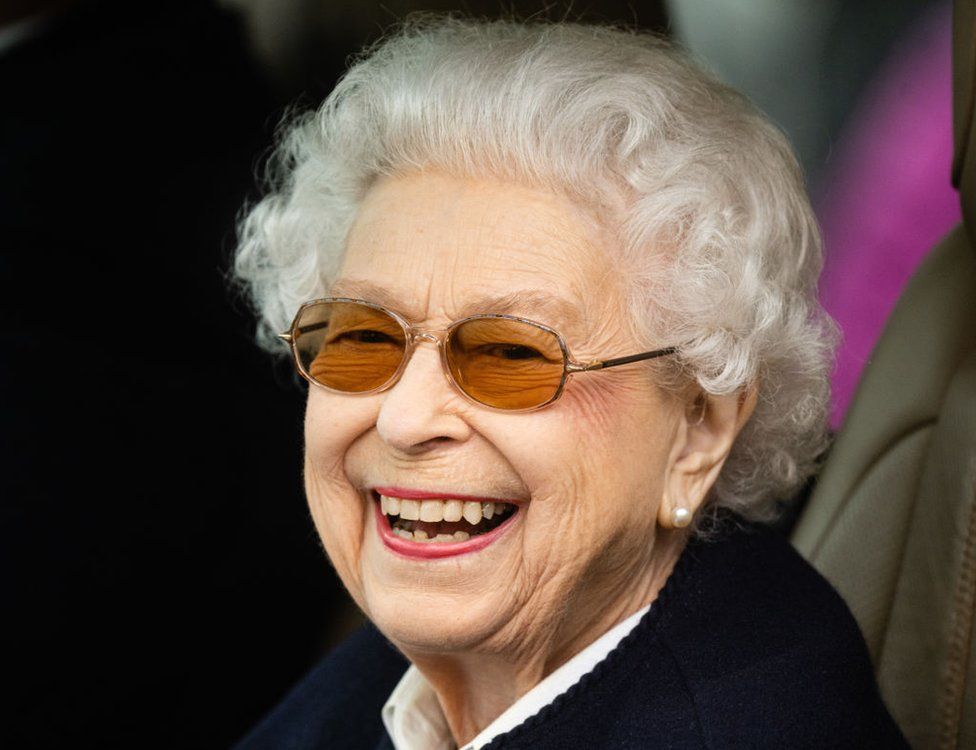 The Queen has arrived at the Royal Windsor Horse Show after missing the State Opening of Parliament earlier this week.

The 96-year-old was driven on to the showground in a Range Rover.

On Tuesday, she missed the annual reading of the Queen's Speech for the first time since 1963.

She was last seen in public in March, when she attended a service commemorating the life of the Duke of Edinburgh at Westminster Abbey.

The Queen has mobility problems and has had to cancel a number of recent public appearances.

On Friday morning she was seen sitting in the front passenger seat of her Range Rover, which pulled up near the parade ring so she could watch her animals. 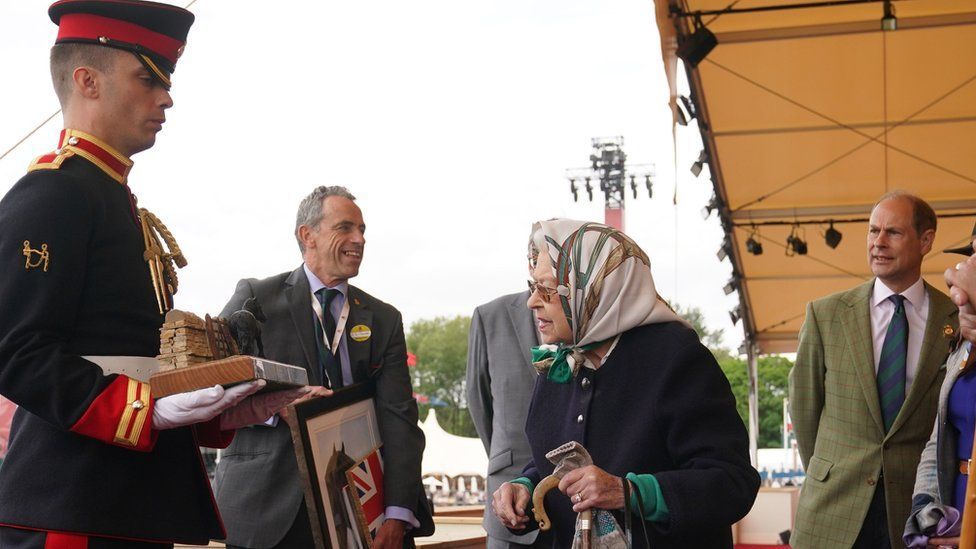 The monarch's horse Balmoral Leia, a five-year-old grey dun mare, was announced as a supreme champion in the Highland Class 64 event.

The Queen was seen smiling and laughing as she spoke to officials from the horse show through an open car window.

Inside the parade ring, horses were put through their paces as classical music played over a public address system.

The Queen later joined the Earl and Countess of Wessex in the main castle area to watch the couple's daughter, Lady Louise Windsor - who is also the Queen's granddaughter - in a carriage display marking the centenary of the Fell Pony Society.

The monarch was spotted walking into the area wearing a headscarf and using her stick.

Her horse later beat other breed champions to be named winner in the Horse and Hound Mountain and Moorland Supreme in Hand Championship.

The Queen is well-known for her love of horses and the Royal Windsor Horse Show is reported to be one of her favourite events of the year.

The show opened on Thursday, runs until Sunday and traditionally attracts thousands of equestrians and enthusiasts to the grounds of Windsor Castle.

It was first staged in 1943 and hosts international competitions in show jumping, dressage, driving and endurance.

In 2016, the Queen won a Tesco voucher at the Berkshire event when her horse won a competition.

The restorative powers of a horse show seemed to be at work with the Queen's re-appearance.

If mobility problems kept her away from the State Opening of Parliament, the passenger seat of a Range Rover allowed her to drive up close to the action at the Royal Windsor Horse Show.

The Queen seemed relaxed and smiling, talking to officials and visitors at the parade ring of the annual horse show, held near her Windsor home.

This will be seen as a reassuring sight, as the Queen's first appearance in public since March and only the second outside of her own residences this year.

It sends a visual message that even if it's difficult for the Queen to move or to stand for long stretches, she is still active and engaged. 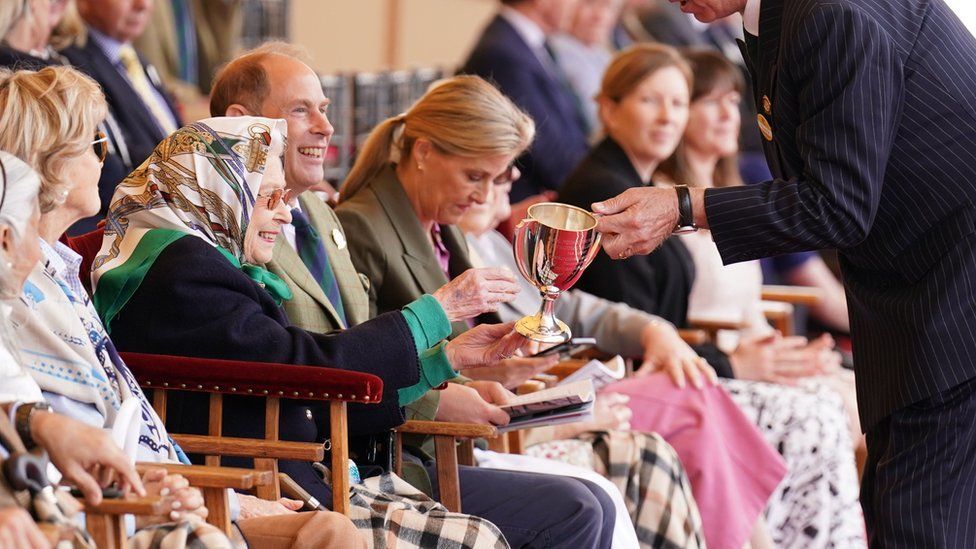 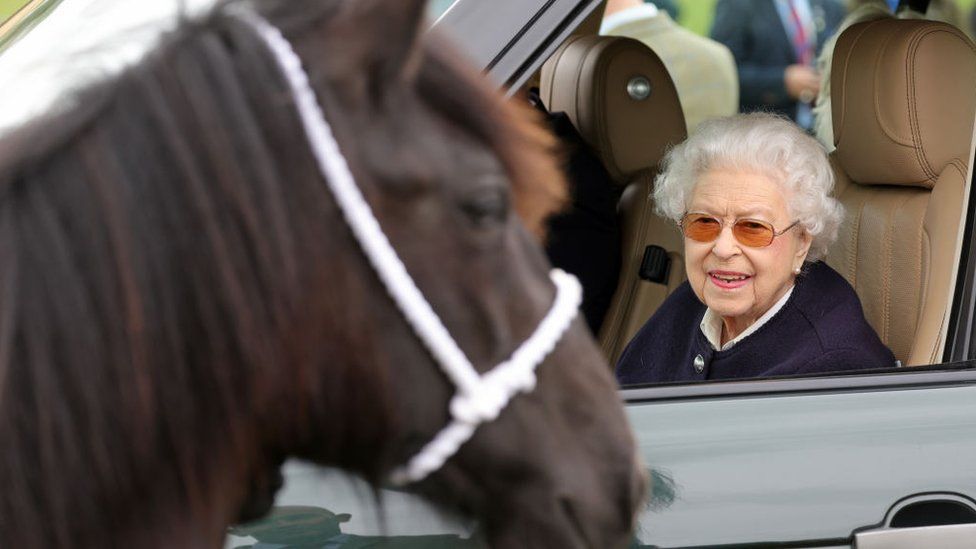 The Queen is known to love horses

Earlier this month, Buckingham Palace announced other members of the Royal Family would stand in for the Queen when the traditional garden parties return this summer.

The Prince of Wales stepped in for the monarch at the Maundy Service in April.

Last October, the Queen spent a night in hospital and over the following three months was under doctors' orders to conduct only light duties.

She has been using a walking stick in public since she attended a service marking the centenary of the Royal British Legion last October.