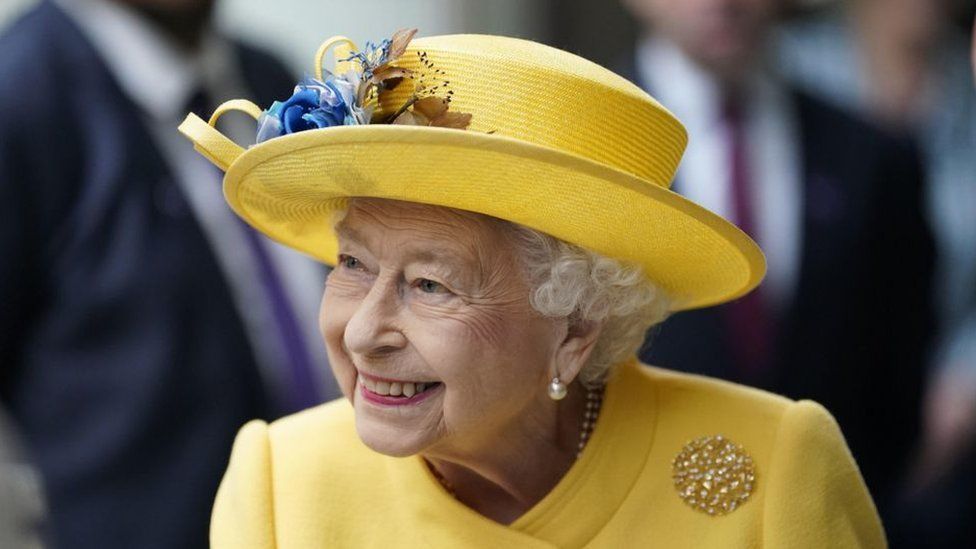 Queen at Balmoral ahead of Platinum Jubilee celebrations

The Queen has travelled to Balmoral in Aberdeenshire for a short break ahead of celebrations for the Platinum Jubilee.

It is understood she arrived at her Scottish home on Thursday for the private visit.

Next week, events will be taking place across the UK to mark her 70 years as monarch.

The Queen usually visits Scotland at this time of year and Balmoral is said to be one of her favourite places.

The 96-year-old monarch, who has mobility issues, has had to cancel several recent public appearances.

The castle, in the heart of Royal Deeside, has been the Queen's Scottish holiday home for decades.

While there are events taking place to mark the jubilee across the UK and Commonwealth the main ones will be held over the long-weekend, which starts on Thursday 2 June and ends on Sunday 5 June.

After spending so long in Windsor in a prolonged phase of WFC (working from castle), the Queen now seems to be enjoying an energetic round of travel.

She's been seen at public events, opened the Elizabeth Line, took a buggy ride around the Chelsea Flower Show and has now travelled to Balmoral, her longest trip for many months.

It's her first trip to her Scottish residence since last summer, which was before the "mobility problems" that forced her to pull out of so many appearances.

It's a private trip to Balmoral so there won't be any details of engagements - but it's understood that this short break represents a bit of battery re-charging ahead of the demands of next week's Platinum Jubilee events.

The Trooping the Colour parade, to mark the Queen's official birthday, will kick things off on Thursday in London and later that day the lighting of the beacons will see more than 1,500 beacons lit across the UK and capital cities of the Commonwealth.

There will be a service of Thanksgiving at St Paul's Cathedral in London on the Friday, while on the Saturday there will be the live concert Platinum Party at the Palace, which will feature acts including Diana Ross and Sir Rod Stewart.

The Sunday will see the Platinum Jubilee Pageant ending in a performance in front of Buckingham Palace.

Ahead of the jubilee, footage has been released of the Queen in her early life, including of a young Princess Elizabeth exploring the Balmoral Estate.

It will feature in a documentary which is being broadcast on Sunday evening on BBC One.

The Queen's relationship with Balmoral is currently being celebrated in a special exhibition in the castle ballroom to mark her the jubilee.

The centrepiece is an art installation highlighting the plight of salmon conservation.

The River Dee runs through the Balmoral Estate, and the Queen is said to be a passionate advocate of conservation work.