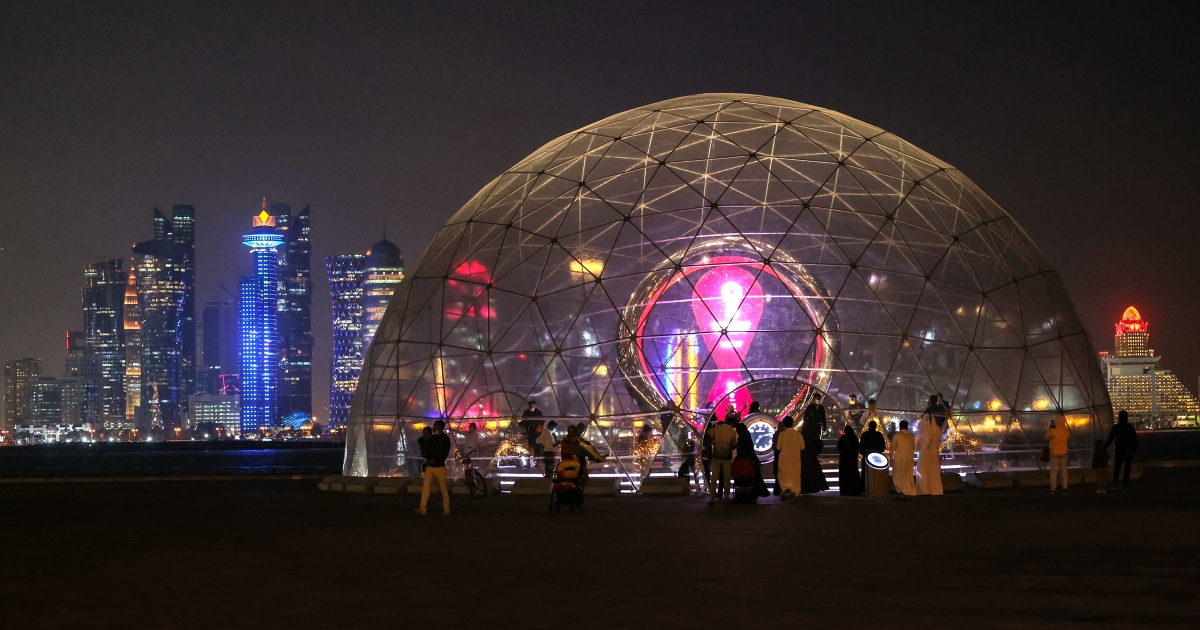 Fifteen teams have already qualified for the 2022 World Cup. Now, the remaining 44 are competing for the 17 spots that are left.

Qualifiers for Qatar 2022 are set to resume on Thursday with 44 teams still competing for the 17 spots left in the 32-team football World Cup that takes place in November and December.

Who has qualified so far? 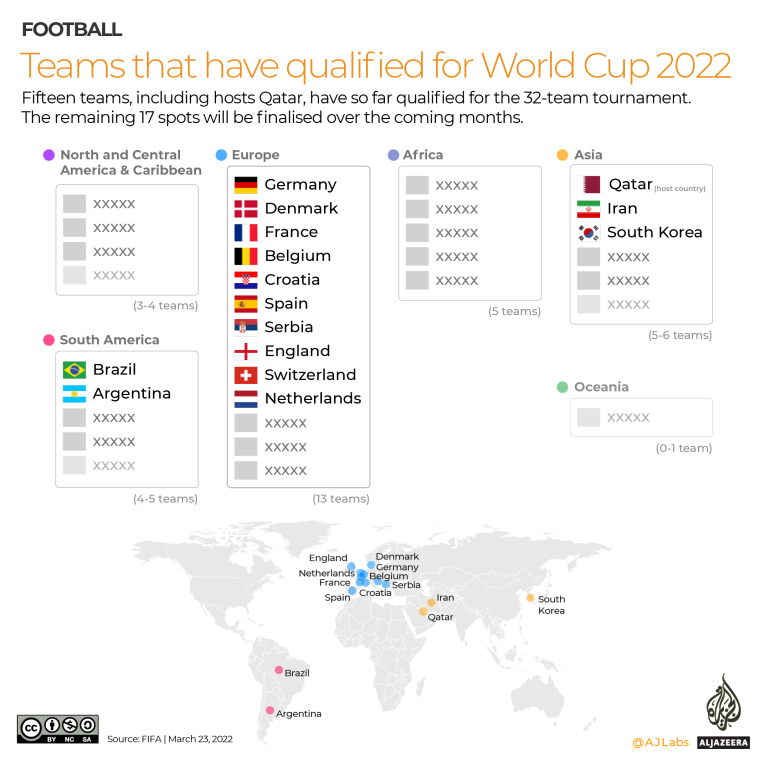 Situation: The 10 group winners have qualified with the the three remaining spots to be determined via the playoffs.

Argentina and Brazil have already qualified while Ecuador need a draw against Paraguay to reach Qatar 2022. For Uruguay, a win over Peru, coupled with Chile failing to win away to Brazil would secure qualification. 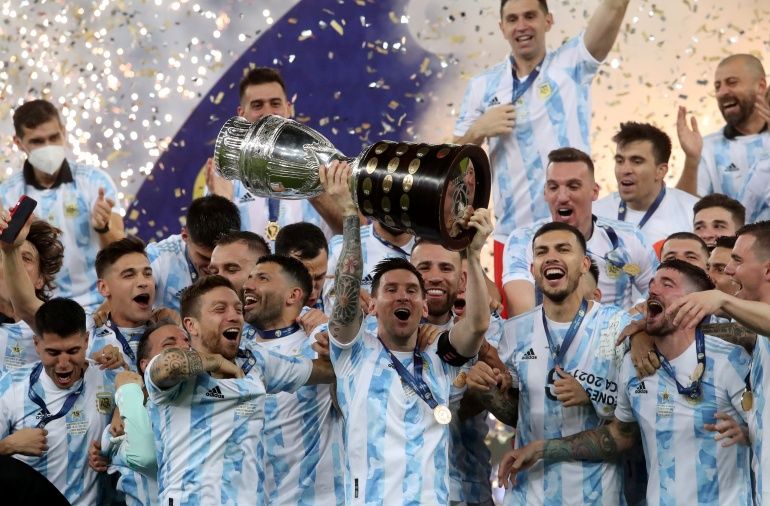 Argentina will be looking to add to their Copa America title

North and Central America and the Caribbean

Situation: Top three sides from the eight-team league will qualify directly for the World Cup while the team finishing fourth will go into a playoff with the team that finishes top of the Oceania group.

Canada currently sit at the top of the table followed by USA and Mexico.

Situation: Ten teams have reached the final round in African qualifying with the winners of the two-legged ties, starting from Friday, sealing progress to Qatar 2022. 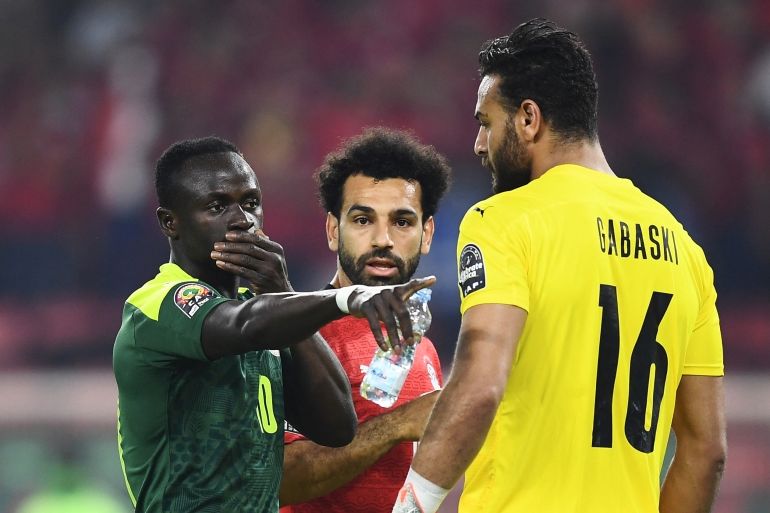 Situation: The 12 remaining teams in Asia’s qualifying have been divided into two groups. Top two sides from each group will seal progress to Qatar 2022 while the two third-placed teams will face off with the winners facing the fifth-placed side in South American qualifying.

Iran and South Korea have qualified from Group A. In Group B, Saudi Arabia can secure qualification with a win over China on Thursday. Japan and Australia are currently placed second and third in the group.

Situation: Only one side can qualify from Oceania for the World Cup. The winner of the qualifying campaign advances to an intercontinental playoff against the fourth-placed side from the CONCACAF region, which features nations from North and Central America, and the Caribbean.