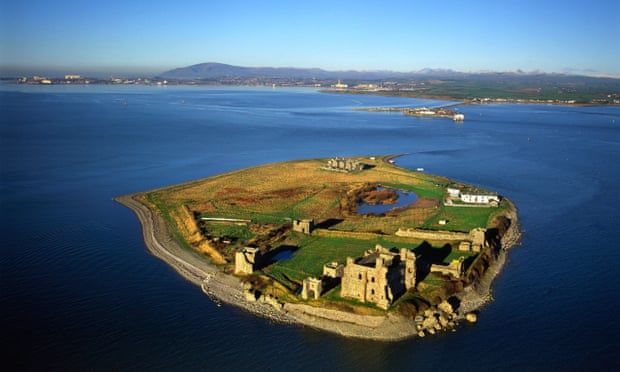 Wanted: someone with experience running a pub, a love of isolation and a willingness to mark their appointment by sitting on a throne and having beer poured over their head.

A council has begun one of the UK’s most unusual local government recruitment processes while seeking someone to run the Ship Inn on Piel Island, off the coast near Barrow-in-Furness. The downside might be the uncertain weather, or the isolation, or the long hours. On the upside, you can watch seals and birds, enjoy stunning sunsets and, if you have self-esteem issues, know you really will be a king or queen. It would sort of be official.

John Murphy has been leading walks to the island for nearly 40 years and says whoever gets the job will need to be “massively dedicated”.

“You can’t just nip across to Tesco for a loaf of bread when you’re on Piel Island,” he said. “You’ll need to have dedication and a strong passion for isolation and peace and quiet. It takes a special personality.” 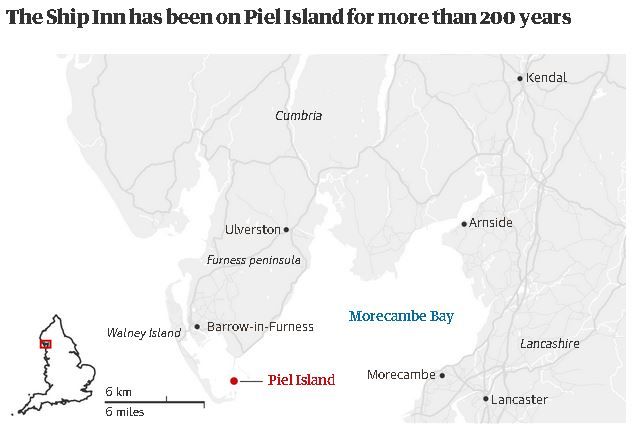 Piel Island is half a mile off the Furness peninsula, reachable on a ferry which runs April to September or on a guided walk across the sands. For some the magic is its history, for others it’s the pub.

A castle, looked after by English Heritage, was built on the island in the early 1300s by the monks of Furness Abbey in order to deter Scottish raiders.

Frank Cassidy, a Barrow Labour councillor, noted the island and its castle bore silent witness to a significant episode in English history.

It was there, in June 1487, that the 10-year-old pretender Lambert Simnel and a ragtag army of 8,000 mercenaries landed from Ireland on their way to battle. Simnel, it was claimed, was the real Earl of Warwick and the rightful heir to the English throne.

They marched on London but were crushed at the Battle of Stoke Field in Nottinghamshire, the last battle of the Wars of the Roses. “They were defeated,” said Cassidy, “but if they had toppled Henry VII the rest of English history would have been quite different.”

Many people go to the island for birthday parties or for a few drinks before camping overnight.

“Even if you’re pissed out of your head the views from Piel are pretty amazing,” said Murphy. “I must have slept on every blade of grass on that island, drunk or sober, and I just love it.” 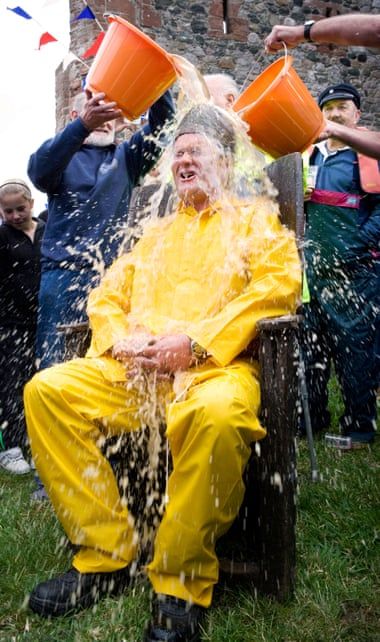 The crowning ceremony of the last king of Piel Island in 2008.

Barrow borough council is seeking to a recruit a landlord, on a 10-year lease, in time for the season starting in April.

A report to councillors describes Piel Island as a unique place but “any operator needs to appreciate the constraints offered by power, weather, access and its location within an area of site of special scientific interest.”

As well as running the pub the successful applicant will need to manage and maintain the island itself.

It makes no reference to the island’s more unusual traditions but they unquestionably exist. Whoever is in charge of the pub is crowned “King of Piel” in a ceremony involving a rusty sabre which concludes with buckets of beer being poured over their head. Any punter who unwittingly sits on the throne has to buy drinks for everyone.

Barrow, dominated by shipyards building nuclear submarines, is not often regarded as a tourist destination, but that is changing, said Murphy.

“Barrow is, rather freakishly, enjoying an increase in tourism, connected to people having staycations. Visitors are realising it’s only 20 minutes off the Lake District but the accommodation is half the price that they pay in the honeypots.”

Once in Barrow visitors will discover that as well as Piel Island and the Abbey, there are beaches on Walney Island which are as beautiful as anywhere in the UK.

Murphy would love the job himself but, at 73, says he is too old. He has handed the job of leading walks to the island to younger legs, in the shape of Ben Pinder, but he still intends to be on Piel telling its stories.

“I absolutely adore Piel Island, I adore its isolation. I also love the fact that Barrow still is an industrial town and yet we have this gorgeous, isolated island within spitting distance.”