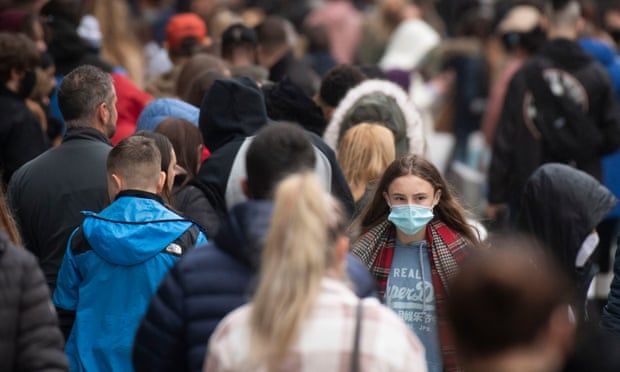 Psychology is a powerful tool, but Britain’s Covid response has given it a bad name

There is huge potential in an approach that tackles crises not by dominating or manipulating people, but by working with them
For many years, psychology has largely been relegated to the “and finally …” section of the news, down there with dogs on surfboards and siblings reuniting after a lifetime apart. I recall, for instance, during the Scottish independence referendum, being asked to comment on how political differences within families might lead to marital discord. Significant to those involved, no doubt, but hardly central to the story. Although issues that were central to the story – national identity, trust in government, decision-making under conditions of uncertainty – did involve a core psychological dimension, psychologists and behavioural scientists more generally were never invited to comment on these.

The problem is that, although our society and popular culture are endlessly obsessed with the psychological, this is generally limited to how we act alone or in personal relationships. It rarely extends to how we act together, how we combine collectively and hence how we constitute a force that can alter the whole of society. So, when it comes to public policy, the discipline is irrelevant. Fine for the Big Brother House, less so for No. 10.

This has changed over the last year. At the beginning of the pandemic, it became quickly obvious that if we wished to control the virus, people would need to change their behaviours. As the UK government slowly lifts formal restrictions on what people can do, it becomes ever more important that people are able to identify what risks remain, and to act on them.

But before we can dream of a glorious new dawn for psychology and the behavioural sciences, a couple of key objections need to be dealt with. The first is that, though behaviour may well be important, the sciences and scientists who purport to study it have got things so disastrously wrong that they have proved more of a liability than an asset. The most obvious example of this is the sad history of “behavioural fatigue”: the notion repeated, at the start of the pandemic, that people would not be psychologically equipped to deal with restrictions on their behaviours and would only adhere for just so long. This argument was used to delay lockdown last spring. It was used to relax restrictions at Christmas (as the Sun put it, otherwise there would be a “mutiny of mums”). It has been used in recent weeks to advocate loosening restrictions as a third wave takes hold. It has probably cost many thousands of lives.

Not far behind in terms of destructiveness were more specific assumptions about exactly what restrictions a British public would or wouldn’t wear. For instance, it was argued that, unlike east Asian populations, British people would never accept a rigorous testing regime with the need to self-isolate if infected. This led to more fatal delays in the introduction of measures that are of critical importance – most notably in building an effective test and trace system.

These were indeed catastrophic errors based on catastrophic misunderstandings of behaviour. But, critically, they didn’t come from psychologists and indeed were opposed by most psychologists and other behavioural scientists. I well recall the horror in a meeting when we first heard about “behavioural fatigue” being used to oppose early action – we felt it was wrong, it was dangerous and it would end up being used to try to discredit our disciplines. How right we were.

As for the orientalist fantasy that independent westerners won’t abide that which is accepted by passive Asians: this represents precisely what the study of prejudice has been critiquing since the second world war. The errors derived from the fact that decisions were made on the basis of “folk psychology”: assumptions about human behaviour by non-psychologists. The harm caused by these errors is not an argument against psychology. To the contrary. It is an argument for having trained psychologists present when the key decisions are made.

The second objection is the polar opposite of the first. It isn’t that psychology and other behavioural sciences are ineffective and hence useless, it is that that these disciplines are far too effective, which is precisely what makes them dangerous. Psychologists become svengali-like figures able to manipulate people to do anything and hence are enemies of democracy who must be kept at bay.

Certainly, there are some behavioural models concerned with manipulating people without their awareness – “nudge theory” being a case in point. The core argument is that people don’t have access to the drivers of their behaviour so, rather than reasoning with them to do the right thing, the emphasis is on altering the “choice architecture” to make them do the easy thing. It is an approach that has considerable traction inside government – not least because it suggests that people can’t look after themselves and need an authority to look after them.

However, this behavioural economics approach was at odds with the approach of government advisers in the SPI-B behavioural advisory group during the pandemic. Our emphasis was on the need to avoid a top-down approach, to root policy in a partnership with the public based on respect and trust – in other words to create the conditions in which people will listen to reason. It is summed up in the mantra that effective policymaking is a process of co-production with the public.

So, clearly, it isn’t right to simply call for more behavioural science and psychology in the formation of government policy. We also have to ask what sort of behavioural science and what sort of psychology. There is huge potential in an approach that understands how the power to address the pandemic (and future social problems) is not achieved by domination over people but rather by working with and through people.

In sum, if we learn from this time about the role that psychology (and the behavioural sciences more generally) could and should play in policy development, if we employ these sciences to facilitate the democratic involvement of the public in policy initiatives, we will be better prepared to handle the next crisis.
#Covid
Add Comment