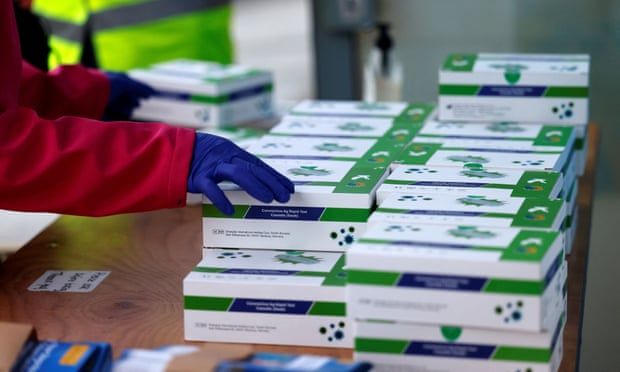 Prof Chris Whitty has sparked confusion by saying people should stay in self-isolation “until their test goes negative”, despite official guidance allowing a day 10 exit even with a positive lateral flow test.

Last month the rules on self-isolation in England changed to reduce the self-isolation period from 10 to seven days for people who have tested positive for Covid, provided they have a negative lateral flow test on both day six and seven and they do not have a high temperature. Wales and Northern Ireland have followed suit, with Scotland facing pressure to do the same. 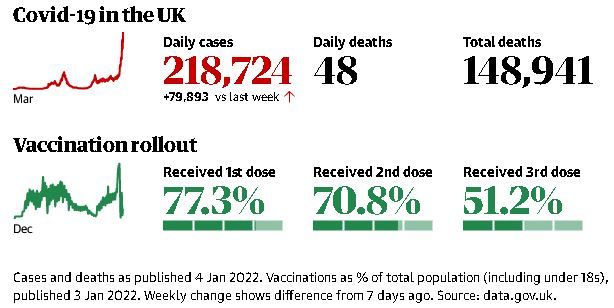 “Even if you have a positive LFD test result on the 10th day of your self-isolation period you should not take any more LFD tests after this day.”

Responding to a question from a member of the public on Tuesday, England’s chief medical officer said a lateral flow test was a helpful tool.

“It is a pretty good guide, very good guide, actually, to whether someone is at that moment infectious,” Witty said, adding that those who tested negative on day six and seven in isolation were much less likely to be infectious to other people than if they had not done those tests.

But, he added: “Obviously, if they’re still positive, then they do need to stay in isolation till it goes negative.”

That means the earliest someone could leave self-isolation would be day seven. Should someone test positive on day six, however, they would not be able to leave self-isolation until day eight at the earliest, after a negative lateral flow test on both day seven and day eight.However, there is a caveat for those isolating without symptoms. “If you are isolating because of a positive test result but did not have any symptoms, and you develop Covid-19 symptoms within your isolation period, start a new isolation period from the day your symptoms start,” the guidance states.