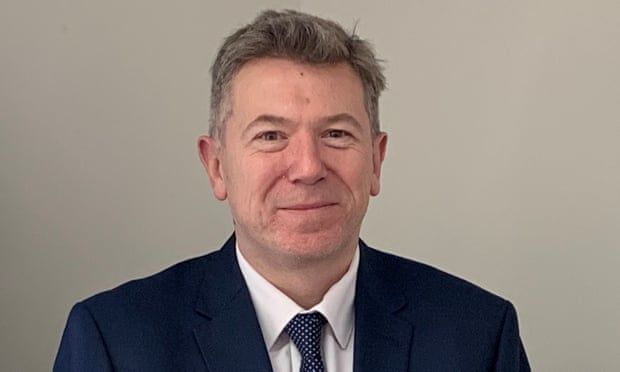 Children’s home providers in England should not be able to profit from caring for society’s most vulnerable children, the new head of the Association of Directors of Children’s Services (ADCS) has said.

Steve Crocker criticised private providers driving around in sports cars and buying racehorses with their profits after “getting rich off taxpayers’ money”.

Profit margins for the 15 largest private children’s home operators average 22.6%, according to the Competition and Markets Authority.

Most councils in England have at least one looked-after child whose private placement costs £10,000 a week or more, with costs running to £60,000 a week in the most extreme cases. Yet in Scotland, which has moved much closer towards a not-for-profit children’s care system, costs are generally lower.

“There should be a national approach to management and profits,” said Crocker, calling for a national cap on fees in England. “We have long had the aspiration to make the sector not-for-profit – Scotland, which has had that aspiration for longer, has got nearer to it.”

The wealth of some at the top of some children’s care companies can be conspicuous. Blaklion, a horse that raced in the Grand National last month, is owned by a former children’s home chain boss and property developer, Darren Yates. He bought the animal in 2019 for £300,000 after selling his Sandcastle Care chain to a private equity firm. The business became part of Aspris, which said the acquisition would result in it having annual revenues of more than £200m.

Earlier this year the Guardian exposed Robert McGuinness, the owner of a “squalid” children’s home in Bolton, who drove around in a Lamborghini and spent large amounts of company money running a bar in York and on his own social life. The children’s home was shut down. A solicitor for McGuinness’s company said at the time that the expenses were legitimate.

Asked if the profits mattered if the homes were good, Crocker said: “It does matter because the profits that they’re making and what they’re getting rich off is taxpayers money. We should expect good value for money for public expenditure.”

Crocker, a former residential care worker and social worker who is in charge of children’s services at Hampshire council, said some providers were making large profits by cherrypicking the easiest children, with some maintaining their good Ofsted ratings by refusing to take children with the most complex needs.

He added: “One of the ways in which providers can ensure that they have a good or outstanding rating is that they basically get the pick of the children. In any one day they might get referrals for 10 children and they will choose, perhaps understandably, the children that are likely to be less challenging. The ones that haven’t got substance misuse problems, the ones that aren’t gang affiliated, who haven’t got significant convictions for violence etc etc.”

The result, he added, was a “two-tier system” where there was a severe shortage of homes for “really tricky kids”.

Many local authorities who sold off their children’s homes in the past 30 years amid a series of abuse scandals were now trying to buy or build new ones to save money in the long-term, said Crocker. Many of these homes were just for one child – “because often we find that when we put them with other children the problems really multiply”.

Despite some government funding available to build homes, councils still struggled after 11 years of austerity cuts and the ever increasing cost of crisis placements, he said. Children’s services departments were spending most of their budgets on a small number of children in care, said Crocker. As a result they cannot afford to expand the early intervention work that stops problems escalating.

“We would really want to invest much more heavily in early health and prevention and family services. That’s got to be the way forward,” he said, adding that the ADCS “really really hopes” such measures are in the forthcoming independent review of children’s social care. He also wants to see children’s homes jointly funded by child and adolescent mental health (CAMHS) services to offer therapeutic work to deal with behaviour problems

Crocker said the current system usually managed to keep children safe but did not do enough to “heal” damaged children. “Generally speaking, the English child protection system is one of the safer in the world,” he said. “But I think I’d argue that although it might be safer, I’m not sure we do enough yet to heal trauma of children.”

A Department for Education spokesperson said: “All children and young people deserve to grow up in a stable, loving home, and no private company should exploit those in need of placement.

“We commissioned an independent review of children’s social care, which will recommend reforms to the system, and are working hard to raise standards for children in care while it continues.”