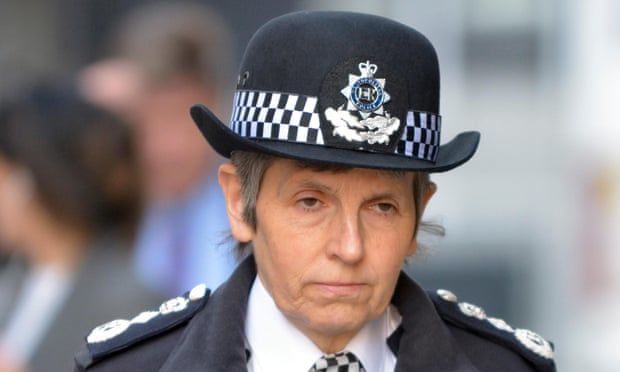 Could the UK’s most powerful police officer be brought in from outside the force? Or might Priti Patel look even farther afield – to Australia, or even the United States – instead of recruiting from within Scotland Yard?

Reports this weekend claimed that the unexpected resignation of Cressida Dick, the head of the Metropolitan police, has driven the home secretary to look for an outsider to transform the force.

Usually, the commissioner is drawn from the ranks of serving senior officers in the UK, but Home Office officials believe they could look abroad to fill the post.

The Mail on Sunday claimed Patel is minded to recruit an Australian officer, such as Queensland police commissioner Katarina Carroll, who successfully overhauled the force’s troubled fire and emergency services.

Patel wants an outsider who can reform the force’s culture instead of senior officers “inheriting” the job, according to the Sun on Sunday. This could include a high-flying officer from one of the UK’s smaller forces such as Simon Byrne, the chief constable of the Police Service of Northern Ireland (PSNI).

Sources close to Patel confirmed that there is a loophole that will allow recruitment from abroad. It is “an option”, a source said, but added: “Realistically, it is going to be someone from the UK.”

Former senior officers believe that a list of strong candidates has become increasingly difficult to identify because the job has become more politicised, the nature of crime has changed and London has become more diverse.

Tarique Ghaffur, a former assistant commissioner in the Met who has spent the last five years advising police in the US and the Middle East on recruitment, said choosing a new leader will have to address an “expectation gap” between the politicians, the public and police officers themselves.

“You need a leader who is thoughtful, who can lead a process of change, and who is going to have the political acumen and the gravitas to command support from across the political spectrum, London’s diverse communities and police officers. They will also have to understand the complex changing nature of safety, security and harm across the city. That is a tall order,” he said.

Ghaffur, who was the UK’s highest ranking Muslim police officer until he left the force in 2008, said that the new commissioner will also have to have enough experience to command the respect of the Met’s 33,000 police officers while arguing for a clearout of racist, sexist and homophobic colleagues.

“Once they create the values of what is acceptable and not, the new commissioner will have to be absolutely ruthless in finding and sacking those people who are guilty,” he said.

While Patel holds the power over the appointment of Dame Cressida’s successor, she must take the views of Sadiq Khan, the Labour mayor, into account. Their advisers are in touch and are due to speak next week, it is understood.

Khan has already made it plain that he expects to see drawn-up proposals for reforming longstanding “cultural problems”. Last week, the police watchdog found “disgraceful” examples of bullying and sexual harassment at Charing Cross police station in central London.

Sources close to the mayor say he is “open-minded” about who the next commissioner might be and looks forward to a strong field of candidates.