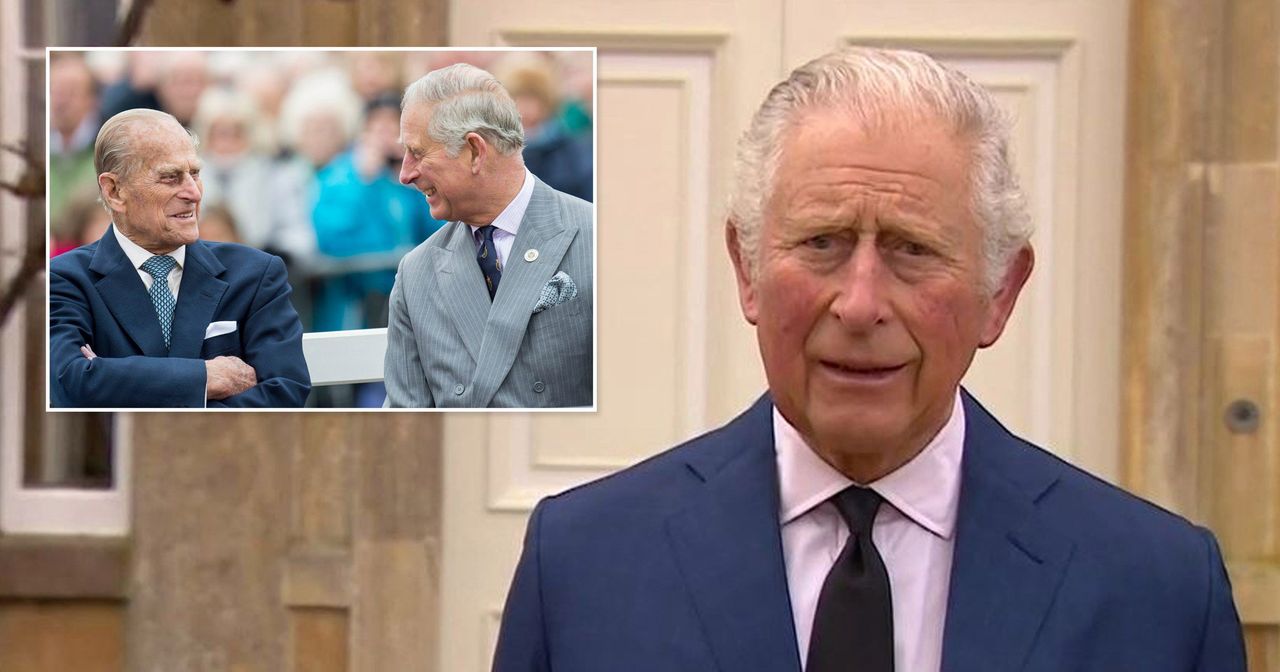 The Prince of Wales has paid tribute to his "dear papa", the Duke of Edinburgh, saying that he and the Royal Family miss him "enormously".

He said the duke, who died at Windsor Castle on Friday, aged 99, had given the "most remarkable, devoted service" to the Queen, the Royal Family, the country, and the Commonwealth.

Prince Charles said his father was a "much loved and appreciated figure".

His comments came after details of Prince Philip's funeral were announced.

Speaking from his Highgrove home in Gloucestershire, Prince Charles said over the last 70 years his father had "given the most remarkable, devoted service to the Queen, to my family and to the country, but also to the whole of the Commonwealth".

The prince said the Royal Family were "deeply touched" by the number of people in the UK, around the world and the Commonwealth, who he said shared "our loss and our sorrow".

He added his "dear papa" was a "very special person who... above all else would have been amazed by the reaction and the touching things that have been said about him".

The prince said he and his family were "deeply grateful" for this, adding: "It will sustain us in this particular loss and at this particularly sad time."

Buckingham Palace has announced that a national minute's silence will mark the start of the duke's funeral next Saturday at 15:00 BST at St George's Chapel, in Windsor.

The arrangements, which "very much" reflect Prince Philip's wishes, have been adapted in light of the coronavirus pandemic.

The Duke of Sussex will fly in from his home in the US to join other members of the Royal Family at the ceremony.

But his wife the Duchess of Sussex, who is pregnant with their second child, has been advised by her doctor not to travel, the spokesman added.

Prime Minister Boris Johnson will not attend the ceremony to allow for the attendance of "as many family members as possible" during coronavirus restrictions, No 10 said.

Earlier, royal gun salutes across the UK and at sea marked the duke's death.

There will be eight days of national mourning - to end on 17 April - ahead of the televised funeral, which will be a ceremonial event rather than a large state affair usually associated with the death of a monarch.

Prince Philip will also not lie in state - where members of the public would have been able to view his coffin.

His coffin will instead lay at rest in the private chapel at Windsor Castle and will be draped with the duke's personal standard with a wreath of flowers on top.

The Royal Family will observe two weeks of mourning, although royal engagements will continue where appropriate.

Union flags will remain at half mast and the Royal Standard will be at full mast. 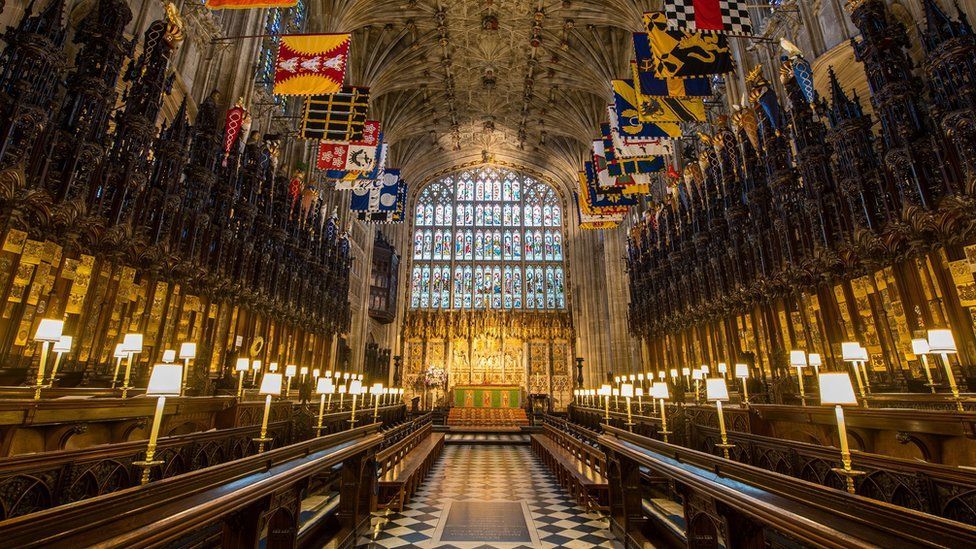 A spokesman for the Palace said: "Whilst this is a time of sadness and mourning the coming days will be an opportunity to celebrate a remarkable life."

Only 30 people - expected to be the duke's children, grandchildren and other close family - will attend the ceremony as guests.

On the day of the funeral, Prince Philip's coffin will be transported from Windsor Castle to St George's Chapel in a specially modified Land Rover he helped to design.

Members of the Royal Family including the Prince of Wales will walk behind the coffin, and the Queen will travel separately to the chapel.

Guests will socially distance and wear face coverings in line with coronavirus restrictions. 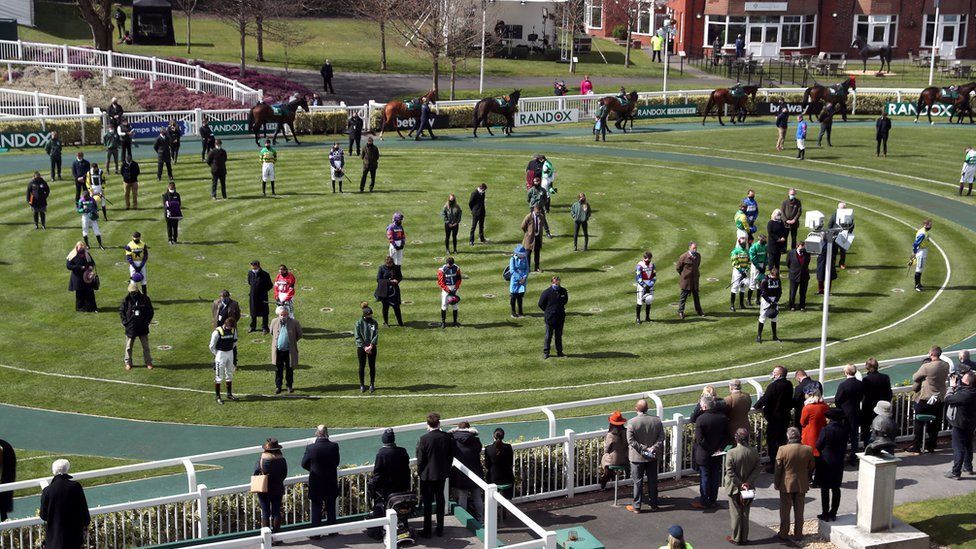 Military guns will fire during the procession, which will take eight minutes, and the curfew bell will toll.

Eight pallbearers will carry the coffin, draped with duke's standard, with a wreath and the duke's naval cap and sword on top, up the west steps into the chapel. It will be greeted by the Dean of Windsor and the Archbishop of Canterbury.

These 10 people are not included in the number of attendees allowed.

After the service, the duke will be interred in the Royal Vault of the chapel.

Members of the Royal Family have visited the Queen at Windsor Castle following the duke's death on Friday.

The Countess of Wessex said "the Queen has been amazing" as she left the castle with the Earl of Wessex on Saturday.

The Duke of York also visited on Saturday, while the Prince of Wales travelled there on Friday afternoon.

The Archbishop of Canterbury, the Most Rev Justin Welby, paid tribute to Prince Philip's "righteous impatience" and "gift of moral imagination" in an online memorial service from the crypt at Lambeth Palace on Saturday evening.

Mr Welby will lead a live service at Canterbury Cathedral in memory of the duke on Sunday at 10:30.

Members of the public have been asked not to attend any of the funeral events, in line with public health advice, and the Royal Family has asked people not to leave flowers and tributes at royal residences.

On the Royal Family website, members of the public are asked to consider making a donation to a charity instead of leaving floral tributes in memory of the duke. An online book of condolence is also available for the public to post their personal tributes.

All UK government buildings have been told to fly official flags at half-mast in tribute to the duke until 08:00 on the day after the duke's funeral.

Under earlier arrangements for the days after the duke's death, codenamed Forth Bridge, thousands of people would have been expected to gather in London and Windsor, with some even camping out to get a vantage point to watch the military procession.

But since the pandemic began, organisers have been working on contingency plans which would avoid attracting mass gatherings in the event that the duke died. 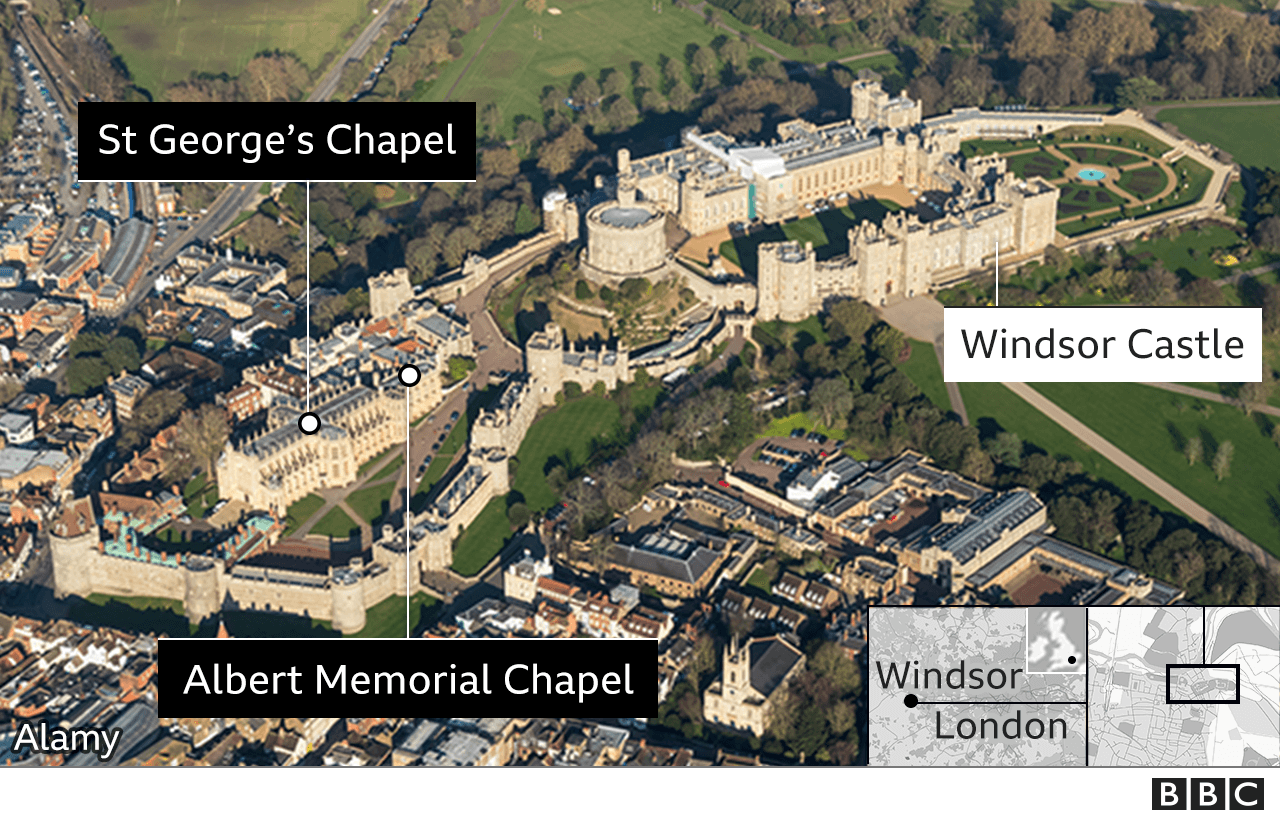 The Duke of Cambridge has withdrawn from giving a speech at the Bafta Awards ceremony on Sunday night, Kensington Palace said. His grandfather was Bafta's first president.

Meanwhile, the Football League has announced that matches scheduled to begin at the same time as Prince Philip's funeral will be rearranged "as a mark of respect".

Announcing the duke's death on Friday, Buckingham Palace said: "It is with deep sorrow that Her Majesty the Queen announces the death of her beloved husband.

"The Royal Family join with people around the world in mourning his loss."

In tribute to the duke, saluting batteries fired 41 rounds on Saturday in cities including London, Edinburgh and Cardiff, and at Hillsborough Castle in County Down. Guns were also fired in Gibraltar.

Royal Navy ships at sea, including HMS Diamond and HMS Montrose, also fired the salute in honour of the duke, who served as a naval officer during World War Two and held the office of Lord High Admiral.

A two-minute silence was held ahead of the Grand National at Aintree Racecourse in memory of the duke, who was an honorary member of the Jockey Club.