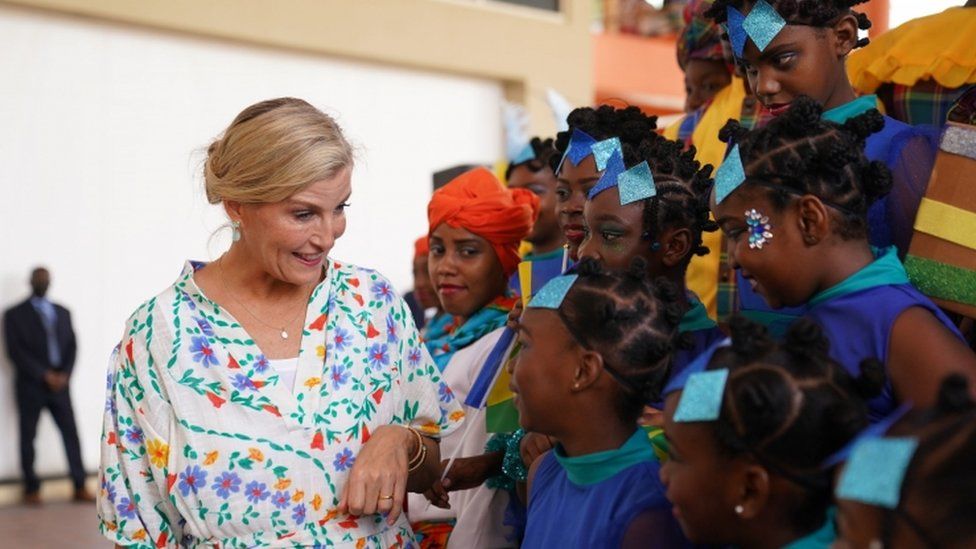 The Earl and Countess of Wessex have met dancers, athletes and national birds on the second leg of their Caribbean tour. 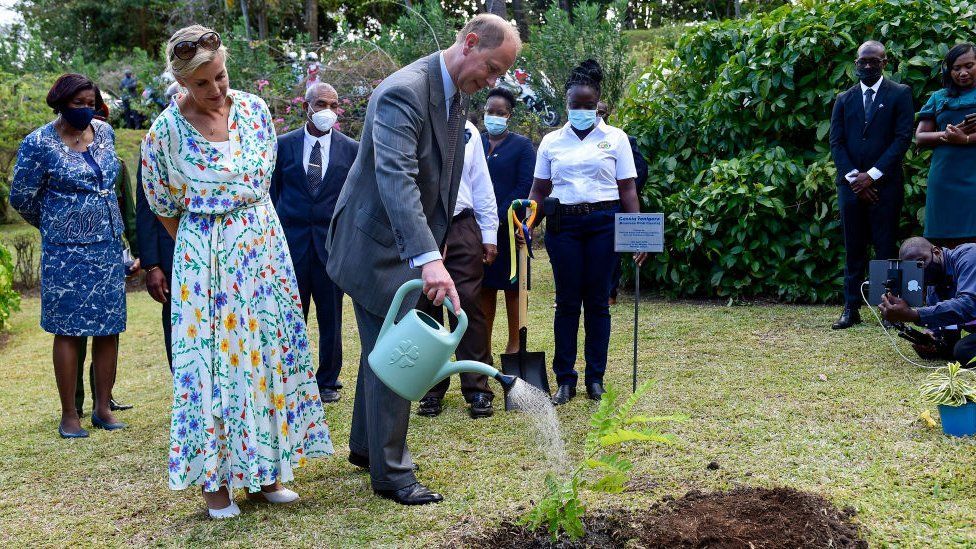 The royals were given a warm reception as they landed in St Vincent and the Grenadines on the tour to mark the Platinum Jubilee.

But later a small group gathered to protest against British colonialism.

Ahead of the trip, the couple postponed their planned visit to Grenada after discussions with the island's leaders.

Previously, the Duke and Duchess of Cambridge cancelled a visit to a Belize village on their Caribbean tour axed after opposition from locals. 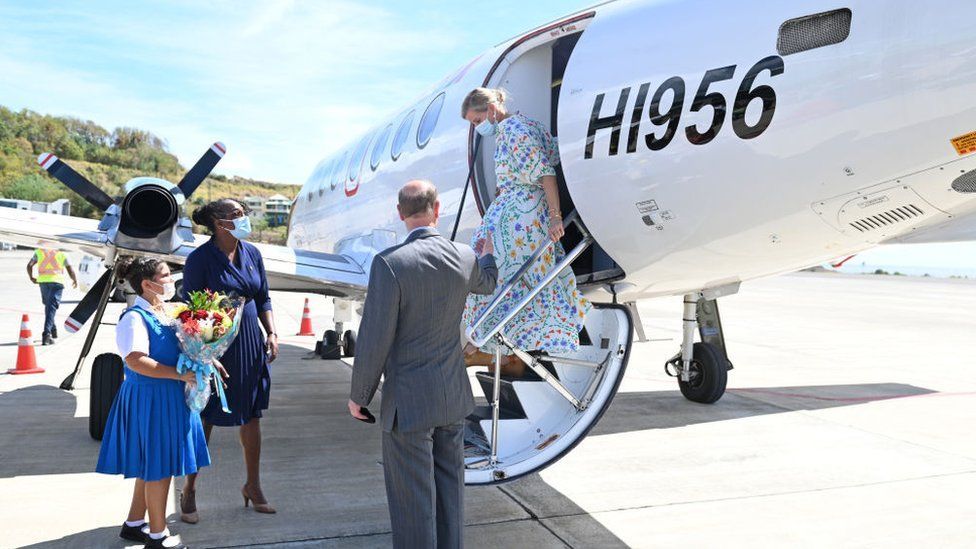 As Prince Edward and Sophie landed on the island, they were greeted by scouts and girl guides as well as their second red carpet on the tour and a guard of honour. 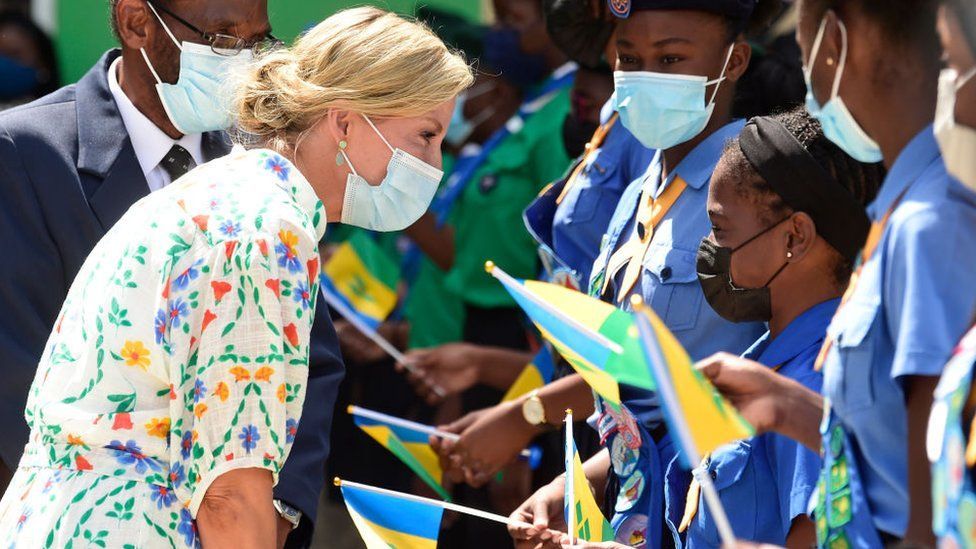 The royal couple are on a week-long Caribbean tour 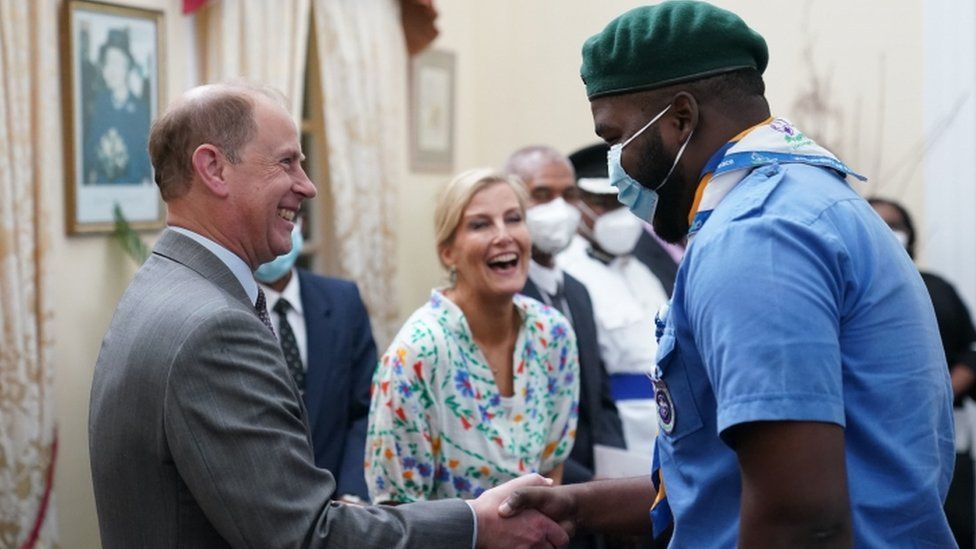 The Countess of Wessex visited a community college to watch a dance performance and met two groups - Persons With Disabilities and the Society of and for the Blind - in her role as a global ambassador for the International Agency for the Prevention of Blindness. 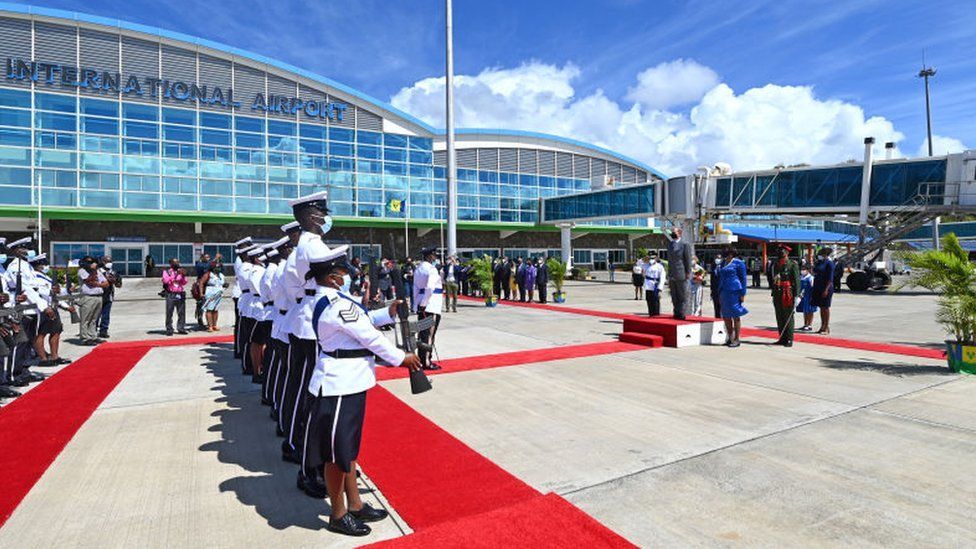 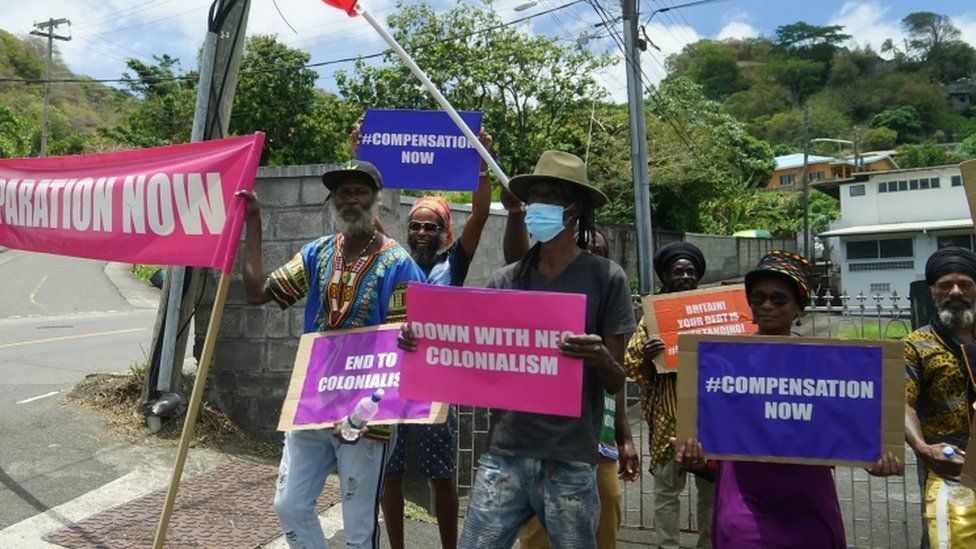 But about 15 protesters displayed banners reading "end to colonialism" and "£CompensationNow" as the couple travelled to Government House in St Vincent and the Grenadines on Saturday.

This comes after the couple were warned to avoid "phoney sanctimony" over slavery by the Antigua and Barbuda Reparations Support Commission.

The couple also visited an aviary at the botanical gardens, and planted a tree to mark the Queen's 70-year reign. 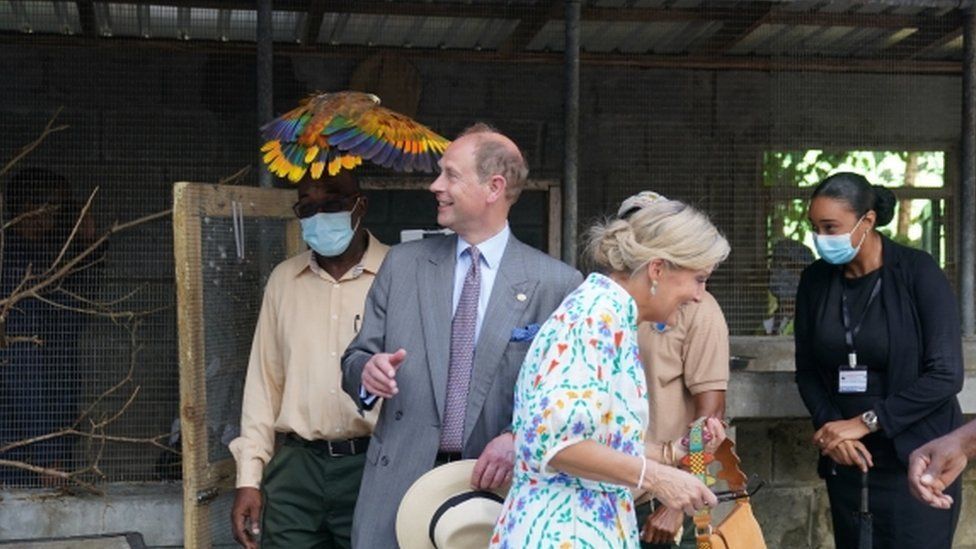 St Vincent's national bird, the Amazona guildingii, nearly knocked the Countess of Wessex's sunglasses off during a visit to the botanical gardens 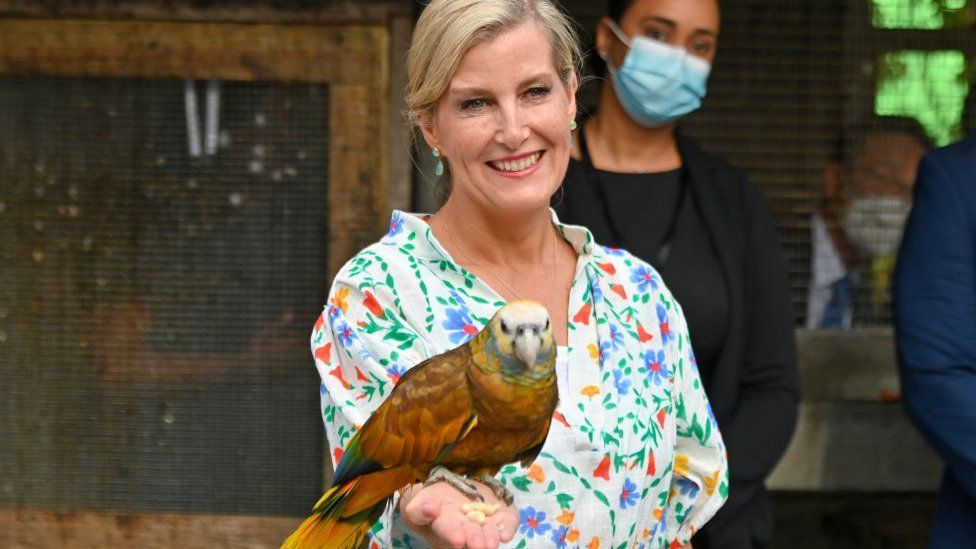 The Countess of Wessex held a parrot at Government House