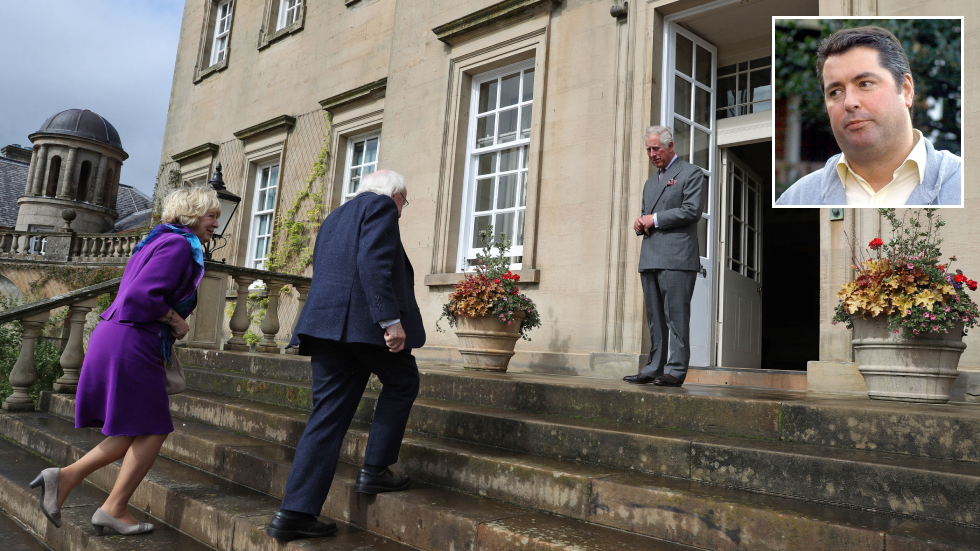 Prince Charles’ ex-valet steps down as head of his charity, as he reportedly offered knighthood & citizenship to rich Saudi donor, a privilage that only royals can abuse for profit

Michael Fawcett, a close aide of Prince Charles, has recused himself from leading the British royal heir’s foundation, after being accused of trading favours for money donated to the prince’s renovation project.
Fawcett, who used to be a personal valet to Prince Charles and has remained a close and powerful confidant to the presumed future king, has landed in hot water over claims of corruption raised against him. A damning letter he allegedly wrote to an aide of a rich Saudi businessman points to a transactional deal, which involved giving him British citizenship and knighthood as a reward for his generous donations.

In the letter reported by the Mail on Sunday, Fawcett wrote to an aide of Mahfouz Marei Mubarak bin Mahfouz that “in light of the ongoing and most recent generosity of His Excellency,” he is “happy to confirm to you, in confidence, that we are willing and happy to support and contribute to the application for Citizenship.”

The letter states that both applications “will be made in response to the most recent and anticipated support” of the Dumfries House Trust, which Fawcett headed at the time the letter was written in 2017.

Dumfries House is a historic estate in Ayrshire, Scotland, which Prince Charles purchased in 2007 and spent millions of pounds on renovating. Bin Mahfouz donated six-figure sums to the effort and had some parts of the property named after him in recognition. In October 2014, the Saudi businessman was a guest at the manor, when a fountain named in his honour was unveiled by the Prince himself.

“I can further confirm that we are willing to make [an] application to increase His Excellency’s honour from Honorary CBE to that of KBE in accordance with Her Majesty’s Honours Committee,” the document read, according to Mail.

The abbreviations refer to the third and second highest grades of the Order of the British Empire, the latter of which comes with automatic peerage for British subjects. Bin Mahfouz was given the honorary version of the CBE – a special category reserved for foreign recipients and managed by the Foreign Office – in November 2016.

The honour was reportedly bestowed on the Saudi businessman at a private ceremony at Buckingham Palace from the hands of Prince Charles. The event was not recorded in the Court Circular, which lists official engagements by members of the royal family. Government documents say that the Queen awarded bin Mahfouz his CBE “for services to charities in the UK”.

The Mail alleged that bin Mahfouz was initially offered the fourth grade of the merit, the OBE, but it was upgraded to the CBE thanks to Fawcett’s intervention. The newspaper cited an email from William Bortrick, which said the Prince’s associate “needs to keep to his side of the bargain and sort out the Hon OBE immediately”.

The same email dated 2014 was cited separately by The Times on Sunday as saying that “more money will flow” once the CBE goes through. It also states that bin Mahfouz was promised the merit for donating £1.5 million ($2 million) to the Prince’s restoration projects at Dumfries House and the Castle of Mey, a 15th-century location in Caithness that now serves as one of Charles’ Scottish residences.

Bortrick is an aristocratic insider and alleged “fixer” in Britain, who chairs the prestigious genealogical publisher Burke's Peerage. He was photographed at Dumfries House during the fountain-unveiling event in 2014.

A spokesman for bin Mahfouz denied his participation in any cash-for-influence schemes, stating to the media that in the past “His Excellency had expressed an interest in applying for citizenship but in the end decided not to pursue that further.”

Ahead of the publication of the letter's contents, Fawcett temporarily stepped down as head of the Prince's Foundation, Charles’ charity organisation, pending an inquiry into the allegations. Fawcett was appointed head of the foundation in 2018.

“Michael fully supports the ongoing investigation and has confirmed that he will assist the investigation in every way,” the foundation said.

Fawcett has decades of closeness with Prince Charles. He began service to the British royal family in 1981 as a footman to the Queen, before being transferred to the Prince’s household, ultimately becoming his personal valet. In that capacity, he famously squeezed toothpaste on his royal master’s brush and performed other menial tasks. The Prince once remarked that he can “manage without just about anyone except Michael.”
Add Comment