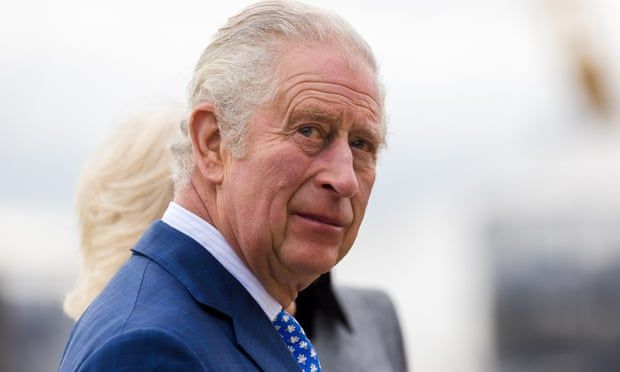 The Prince of Wales is facing the prospect of being interviewed by police as a witness after Scotland Yard launched an investigation into an alleged cash-for-honours scandal.

The Prince’s Foundation, Charles’s charitable body, is at the heart of a criminal inquiry into allegations that a Saudi donor was offered help in securing a knighthood.

The announcement marked further turmoil for the royal family, coming a day after Charles’s brother, the Duke of York, reached an out-of-court settlement with a woman who accused him of sexually assaulting her when she was 17, which he denies.

Last year the Prince’s Foundation ordered an independent investigation, which found that Charles’s former closest aide, Michael Fawcett, coordinated with “fixers” in a bid to secure the honour. The charity said Fawcett supported and would assist the investigation.

The anti-monarchy pressure group Republic contacted the Metropolitan police in September and reported Charles and Fawcett in the wake of media coverage of the claims. The former Liberal Democrat MP Norman Baker also asked the force to probe the allegations against Fawcett.

On Wednesday, the Met said it had received a letter in September relating to the press reports and after further inquiries launched an investigation into allegations of offences under the Honours (Prevention of Abuses) Act 1925. There have been no arrests or interviews under caution, the force added.

Clarence House reiterated its previous statement, saying: “The Prince of Wales had no knowledge of the alleged offer of honours or British citizenship on the basis of donation to his charities.” A spokesperson for the Prince’s Foundation said: “It would be inappropriate to comment on an ongoing investigation.”

Now the Met has launched an investigation, questions have been raised as to whether the heir to the throne may be interviewed by police. He is president of the foundation but not involved with its governance, with the charity’s trustees overseeing day-to-day activities.

Graham Smith, the chief executive of Republic, said: “I think we want to know that Prince Charles himself will be investigated along with Michael Fawcett. So we hope the investigation will be carried out without fear or favour and will as be thorough as it needs to be.”

A former Scotland Yard assistant commissioner, Robert Quick, said detectives would weigh up carefully whether they need to speak to Charles, almost certainly as a witness.

Quick, who was head of specialist operations, including counter-terrorism and royalty protection, said: “If it is obvious he is not involved in any way, then there is no need. If he may have pertinent information, then he may be spoken to.”

Peter Hunt, a former BBC royal correspondent, added: “This has the potential to be very challenging for Prince Charles. For decades, Michael Fawcett was one of his most powerful confidants. If their investigation is to be credible, the Met police will have to interview the future king in the same way they would any other citizen.”

But Mark Stephens, an international reputation lawyer from the law firm Howard Kennedy, said he thought it highly unlikely that the prince would face a police interview. He said: “Charles has an entire staff who runs his office and he’s only told about the intimate dealings when he needs to know about them, and he clearly wouldn’t have needed to know about this.”

Fawcett, who resigned as chief executive of the Prince’s Foundation in the wake of the scandal, was accused of promising to help secure a knighthood and British citizenship for Mahfouz Marei Mubarak bin Mahfouz, a Saudi billionaire charity donor and businessman.

Last year, the Mail on Sunday published a 2017 letter in which Fawcett allegedly wrote that he was willing to make an application to change Mahfouz’s honorary CBE to a knighthood and support his application for British citizenship.

The letter, written on headed notepaper in Fawcett’s capacity as chief executive of the Dumfries House Trust, said the applications would be made in response to “the most recent and anticipated support” of the trust.

Mahfouz, who is listed as a supporter on the Prince’s Foundation website, is reported to have donated large sums to restoration projects of particular interest to Charles. He denies any wrongdoing.

The Prince’s Foundation commissioned an independent investigation into the allegations, which found evidence of Fawcett’s “communications and coordination” with “so-called ‘fixers’ regarding honorary nominations for a donor between 2014 and 18”.

On Wednesday Scotland Yard said: “The Special Enquiry Team has conducted the assessment process which has included contacting those believed to hold relevant information. Officers liaised with the Prince’s Foundation about the findings of an independent investigation into fundraising practices. The foundation provided a number of relevant documents.

“These documents were reviewed alongside existing information. The assessment determined an investigation will commence. There have been no arrests or interviews under caution.”