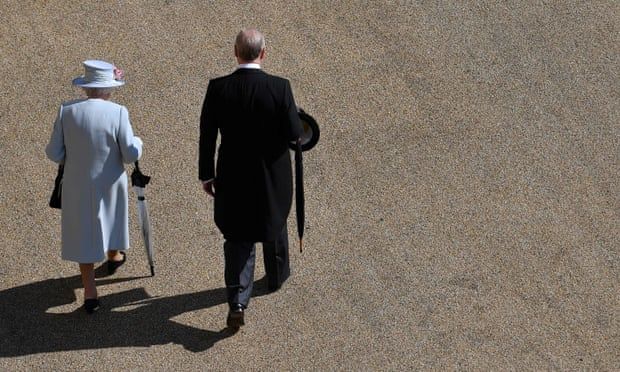 Prince Andrew’s settlement raises many questions but answers none

Analysis: the Queen’s support has been clear but the court of public opinion is unlikely to exonerate the Duke of York
News of the Duke of York’s settlement was met with silence by Buckingham Palace. There was no official comment from the Queen, who just last month sought to distance the monarchy as an institution from the fallout over her second son’s legal woes.

But it is understood that the very decisive action taken by the Queen last month, when she stripped Prince Andrew of his royal patronages, honorary military titles and any official use of his HRH title, still stands firm.

Indeed, it would be hard to imagine a return to royal duties and public engagements given that the out-of-court settlement announced on Tuesday raises many questions, but answers none.

Andrew does not, in the statement, dispute the very serious allegation of sexual assault put by Virginia Giuffre in her civil case. Nor does he admit it.

His lawyer had previously in court dismissed the case as “baseless” and accused Giuffre, who settled her claim against Jeffrey Epstein for $500,000 in 2009, of seeking another “payday”. The announcement of the settlement is unlikely to exonerate Andrew in the court of public opinion.

So, his patronages are very unlikely to be returned to him – indeed, they are already being shared out among other members of the royal family. He will remain sidelined in any official royal capacity.

Yet he is the Queen’s son. In the three years since Giuffre dropped her legal bombshell, the Queen has made clear her support through her actions. Andrew has been invited to Balmoral. The Queen allowed him to play a prominent part in the public tributes to the Duke of Edinburgh after his death last April. She and Andrew have been riding together.

And it is possible we will see him during her platinum jubilee celebrations in June, as a member of her family.

Andrew now faces paying a hefty bill in legal costs and an undisclosed sum that could run into millions. One unconfirmed report put it at £7.5m, while lawyers said it could exceed £10m.

It is not known if the Queen, who supported Andrew’s royal work from the private income she receives from the Duchy of Lancaster estate, will be contributing to his costs and settlement. Andrew recently sold a Swiss ski chalet that he bought in 2014 with his ex-wife Sarah Ferguson for a reported £18m.

Royal and legal experts hailed the settlement as good news for the institution, if not for Andrew. David McClure, an author on royal finances, tweeted: “This was always the only outcome for the royal family in terms of damage limitation.”

Nick Goldstone, a lawyer with the disputes resolution firm Ince, said of the out-of-court settlement: “A good day for the royal family. A huge relief for that institution. Probably a good day for Ms Giuffre and a recognition of the impossible position Prince Andrew was in and the cessation of hostilities.”

He said: “A ‘settlement in principle’ needs to be ratified by court order and until we see that, I would not hold your breath. Clearly this is a settlement on very generous financial terms for the complainant and a degree of back pedalling by the defendant.

“In terms of ‘the court of public opinion’, this looks likes an admission of bad conduct on the part of Andrew and I suspect he will remain ‘off-stage’ from the royal family for the rest of his life. Perhaps he intends to rehabilitate himself by supporting the fight against the evils of sex trafficking and supporting its victims over the years. What appears to have truly motivated him has been his loss of honorary title and royal associations.”

The settlement was announced weeks before Andrew was scheduled to give a deposition in the case under oath to Giuffre’s lawyers.

The statement marks a change of tone from Andrew compared with his infamous Newsnight interview with Emily Maitlis in 2019, during which he failed to express sympathy for Epstein’s victims.

The court document states that Andrew “regrets his association with Epstein, and commends the bravery of Giuffre and other survivors in standing up for themselves and others”.

The royal author Penny Junor said: “At last he’s expressing some regret and some empathy for those girls.” The Newsnight interview had been “all about him” she said. “He’s got it right now, it took him a long time to get there but I think he’s got it right.”

Asked if there was a way back to public royal life for the prince, she replied: “I think it’s very, very unlikely.”

Andrew would be “for ever tainted”, said Joe Little, the editor of Majesty magazine. “I just don’t think he’s ever likely to resume work as a working member of the royal family. I think that too much water has gone under the bridge for that and the institution of monarchy has been tainted by his association with Epstein and I just think that there’s no going back on all that.”

Of the likely reaction of the rest of the royal family, he said: “I’m sure that they’re glad this [settlement agreement] has happened, but does it exonerate the prince who really has not been charged with anything criminal? He will, I think, for ever be tainted by this scandal, for want of a better way of describing it.”
Add Comment