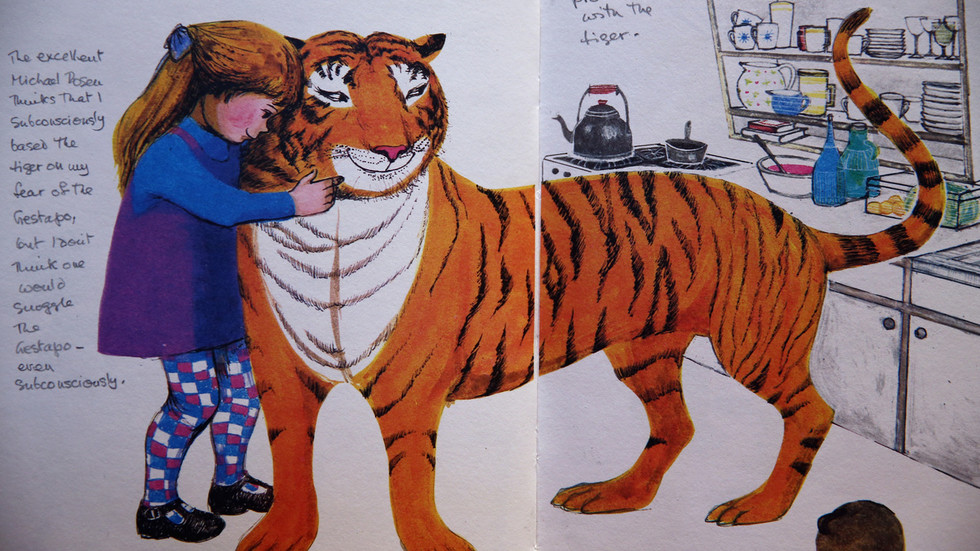 A Scottish domestic abuse watchdog has drawn flak for spreading “woke rot” after claiming that classic children’s book ‘The Tiger Who Came to Tea’ reinforces “harmful” gender stereotypes that could lead to violence against women.

The 1968 picture book – about a talking tiger who shows up uninvited at a house and only leaves after consuming all the family’s food and drink – was termed “problematic” by the charity, Zero Tolerance, because of its “old-fashioned” portrayal of women’s roles in the family.

Speaking to BBC Radio Scotland, the campaign group’s co-director Rachel Adamson queried why the tiger was represented as male rather than female or gender-neutral, and pointed out the “stereotypical” ending in which the father “saves the day” after coming home from work.

“We know that gender stereotypes are harmful and they reinforce gender inequality,” Adamson said, adding that this inequality was behind violence against women and girls, including “domestic abuse, rape and sexual harassment.”

Describing the author, Judith Kerr, as “wonderful,” Adamson said the story was still “reflective of a society that we need to think more closely about.” She added that the book did not need to be banned and could instead be used to “raise a conversation” in nursery schools.

Kerr’s book – which has reportedly sold more than five million copies since being published – was held up as an example by Zero Tolerance for why “parents and nurseries [need to] look closely at their bookshelves,” The Telegraph reported.

On Monday, the publicly funded charity published the findings of a “gender and diversity audit” of over 3,000 books in 21 nurseries across Scotland – only three of which passed the test. To pass, the book collection must have “more books that don’t promote gender stereotyping” than ones that do.

The group also said boys who “believe in rigid gender norms” were “more likely to become perpetrators of violence against women and girls.”

Many on social media were not happy about the “extreme left-wing audit,” with some saying Adamson’s claims serve to “politicise childhood” and tilt the world view of kids to match the “cultish hatreds” of groups like Zero Tolerance. One person termed it “woke rot.”

Several commenters remarked that by suggesting a relationship between the book and the problem of domestic violence, the campaign group had “demeaned [its] own worthy cause” and “made a mockery of the very thing it claims to draw attention to” by “trivialising the issue beyond satire.”

A few defended the group for undertaking the survey, however.

“It is not the text, but the subtext of a book. And not one book, but the cumulative effect of numerous books and adverts etc. which reinforce women’s role in society and thus men’s expectations of how women should behave,” one person said.