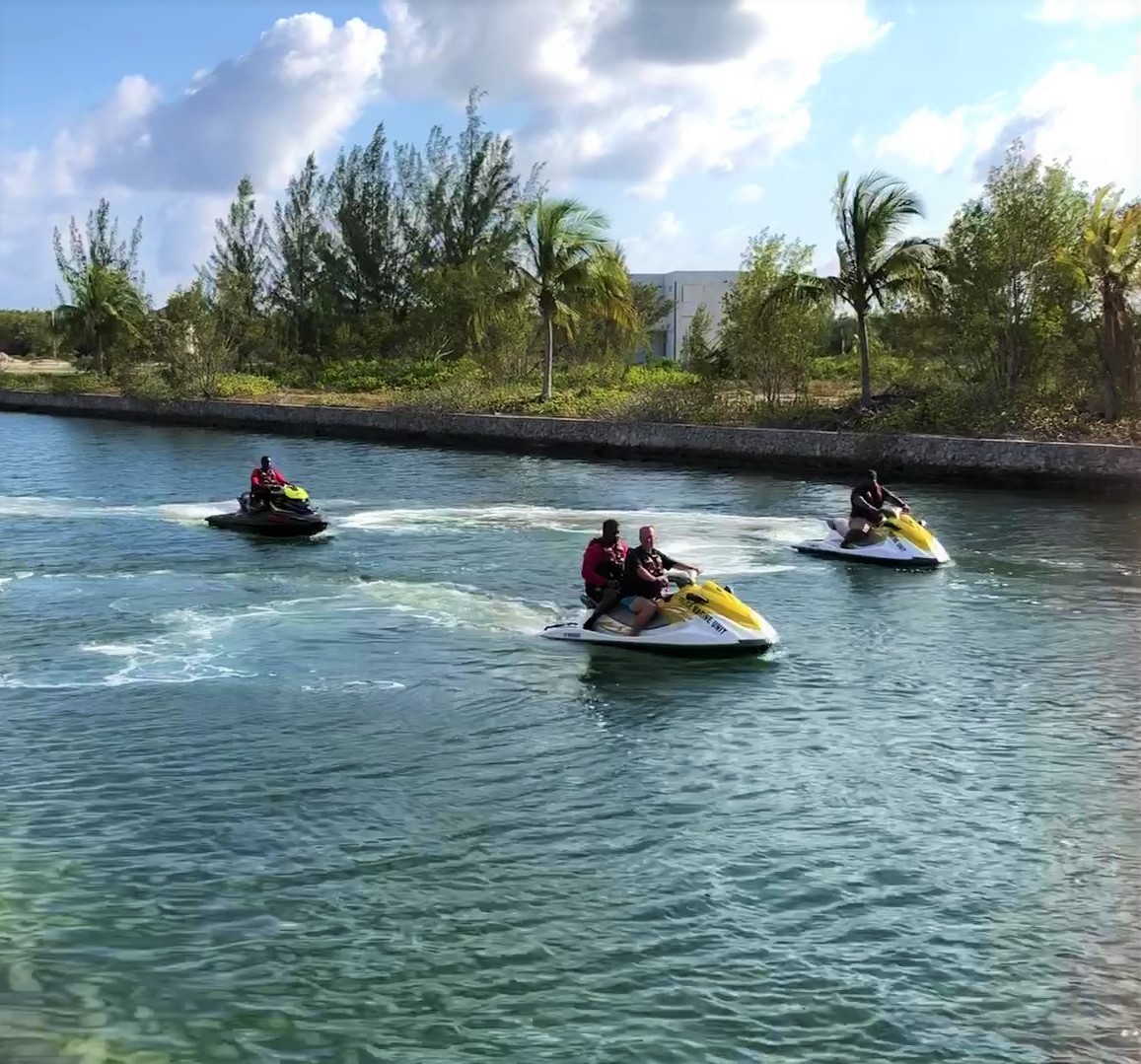 In the space of a few short weeks, the coronavirus crisis has changed the entire scope of police work. With strict new rules to prevent the spread of the virus, almost any activity, beyond staying at home, can be a crime.

In the second installment of a three-part series looking at policing on land, air and sea, Robert Scotland, Commandant of the Cayman Islands Coastguard, talks to the Compass about how he and his fellow officers have responded to the emergency.

Volunteer recruits are joining police on jet-ski patrols as part of a mission to lock down Cayman’s borders and enforce the COVID-19 curfew on the water.

It is the first step towards forming a reserve force that will assist Cayman’s marine patrols.

Though the new Cayman Islands Coastguard has yet to be officially launched, its commandant, Robert Scotland, is heading up police marine operations.

Police boats and jet skis are maintaining a round-the-clock presence. Their role is not just to enforce the curfew but to intercept drug-running canoes, collaborate with conservation officers on poaching, and assist with search-and-rescue when necessary.

For now, though, much of the daily work is focussed on monitoring the waterways and policing a total ban on in-water activity.

“We have our jet skis and our patrol vessels working in conjunction with the air unit,” said Scotland. “They are our eyes in the sky, they tell us if there’s any activity, and we’ll respond.

“We’ve also been getting a lot of feedback from the community as well; if they see something taking place, they will call it in.”

Sometimes police even get calls about their own boats or DoE vessels. There are also occasional exemptions for people to move boats or take them out of the water.

The beginnings of what will eventually become the coastguard reserve unit has been established.

Marine police have trained volunteers to assist on jet-ski patrols.

“What we’ve kicked off here is a programme where we have a couple of persons from the community volunteer to join us,” said Scotland.

The volunteers have been working in teams under the direction of a police officer.

Scotland said they were trained jet-ski operators who had been vetted and put though a two-day orientation programme.

“There are restrictions on what they can do. If they do encounter something, the police officer takes the lead on it,” he said.

He hopes to expand the programme and eventually build a volunteer ‘Coastguard Reserve’ – similar to the special constabulary – to bolster the coastguard’s capacity.


Scotland said the unit was well staffed and well resourced in terms of boats and jet skis and was able to keep a close eye on the coastline, including the North Sound and the canals.

He said they were still seeing instances where people were in the water, against regulations.

Catching those curfew-breakers often involves collaboration with the aerial unit and officers on beach patrol.

“We are working well together,” said Scotland.


The original mandate of the coastguard, which will absorb and replace the Joint Marine Unit, was to enhance Cayman’s search-and-rescue capacity and to help interdict drug runners.

Both those requirements remain in place, and Scotland said his officers were vigilant for any criminal activity on the water. There is an enhanced risk that drug canoes or other illegal landings could compromise the impact of the border closure on the suppression of COVID-19.

Scotland said he does not believe that drug dealers listen to curfews and he is taking no chances, despite the lull in activity.

Passing yachts provide another challenge and Cayman’s officers have been involved in marshalling search-and-rescue operations in the past weeks.