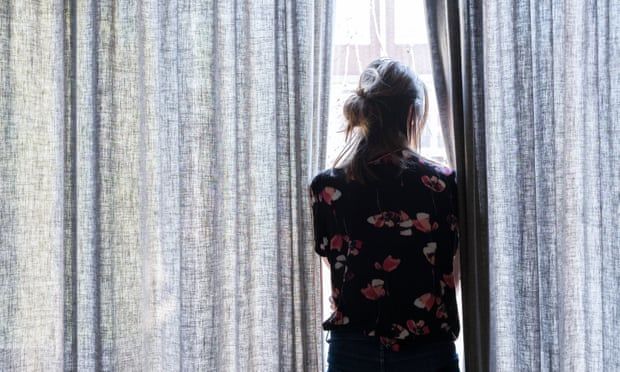 Rape Crisis Scotland report says officers’ ‘prejudicial attitudes’ leave survivors isolated and anxious
There is a troubling inconsistency in the police’s response to rape and sexual violence complainers, according to a report from Rape Crisis Scotland, which highlights poor communication, outdated attitudes and lengthy, unclear processes that leave survivors feeling isolated and anxious.

Among the “prejudicial attitudes” displayed by officers, one complainer reported that the detective inspector who dropped her case told her: “You weren’t raped, it was consensual.”

The publication of the report comes as all police forces have been challenged to address institutional misogyny after the conviction of Wayne Couzens, who used his status as a Metropolitan police officer to abduct and murder Sarah Everard.

Last month a damning tribunal judgment accepted evidence of a sexist culture in Police Scotland, and on Tuesday the force apologised to women in Glasgow who had to walk home in darkness on Monday night after well-lit streets were blocked off due to Cop26 climate summit security concerns.

The report, by the Survivor Reference Group, which was formed in 2019 of individuals across Scotland who had engaged with the Scottish justice system, notes one case where an individual had to give seven statements, with the last of these lasting for eight hours without a break, and suggests that many of those reporting sexual assaults were left “feeling as though they were being cross-examined”.

In another instance, a woman was “told she’d done the wrong thing by accepting a drink of water from people who found her after she had been attacked”.

The report makes a series of recommendations that it says “could radically improve the landscape of seeking justice for survivors of rape, sexual assault and abuse in Scotland”.

It calls for urgent work to confront the “problematic and outdated” attitudes reported, and recommends that staff at all levels should be given trauma-informed communication training.

It suggests that those reporting sexual offences should be given a named single point of contact, and that video statements should be used more widely to “reduce time and trauma involved in giving evidence”.

Sandy Brindley, the chief executive of Rape Crisis Scotland, said: “Though reporting sexual crimes will never be easy, the Survivor Reference Group and Rape Crisis Scotland argue that it does not have to be this hard. Many of the experiences detailed in the report – of poor communication, inconsistent approaches, and prejudicial attitudes – are not inevitable, and with will and investment could be changed to ensure that, at the very least, survivors are not retraumatised by a system that is supposed to protect them”.

Malcolm Graham, the deputy chief constable of Police Scotland, welcomed the report, saying it highlighted “the positive difference specialist officers can make”. He confirmed that the use of video-recorded interviews was being piloted in three divisions and the force was working with Rape Crisis Scotland and the Crown Office and Procurator Fiscal Service.

He added: “We have a duty and an opportunity to lead a change in policing and across society which improves the experiences of all women, and listening to Rape Crisis Scotland and the survivor reference group is an important part of that work. We know there is much still to do.”

Last month the chief constable, Iain Livingstone, ordered an independent review after an employment tribunal found that a female firearms officer was victimised by Police Scotland colleagues in a “horrific” workplace culture condemned as an “absolute boys’ club”.
Add Comment